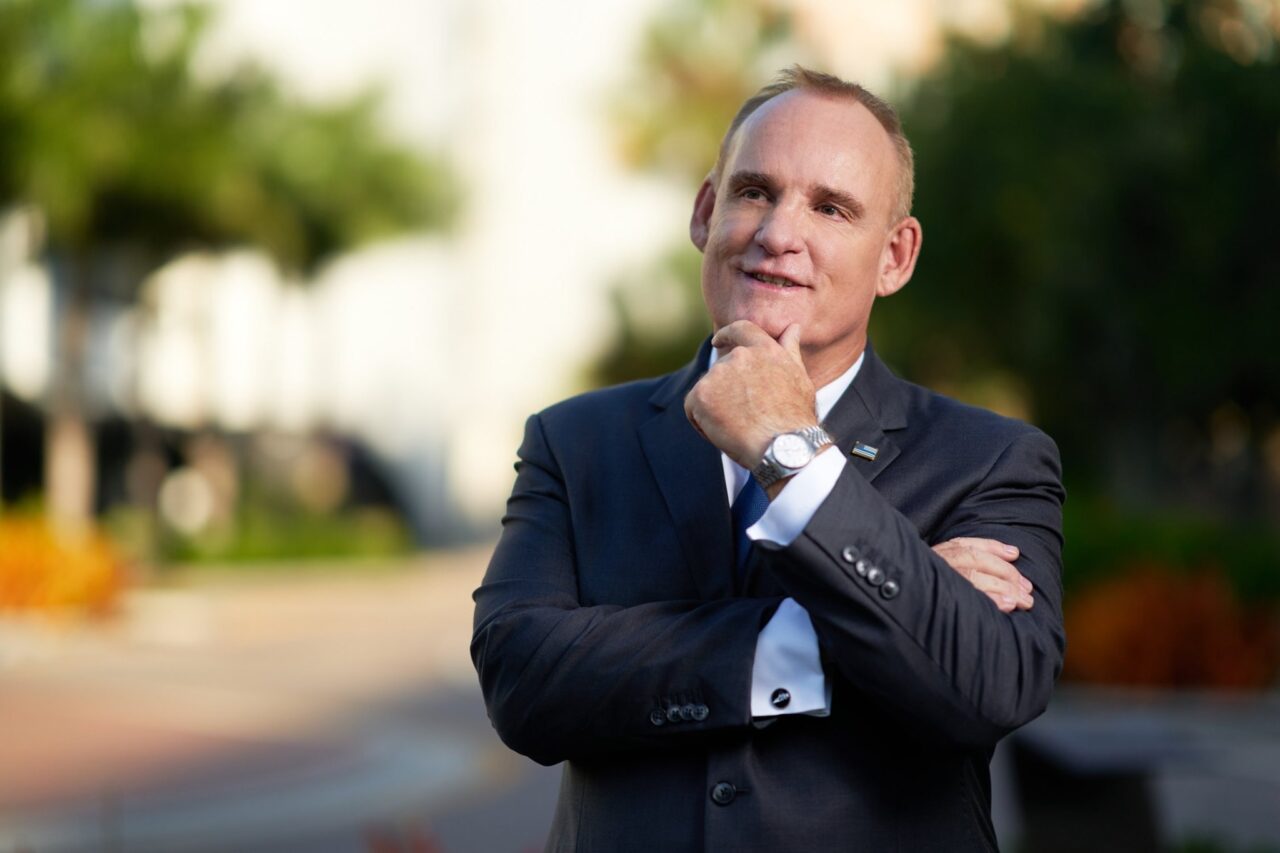 He's ready to see if voters actually care to know the answer.

It’s been a few rough months for Martin Hyde. While the Sarasota conservative activist boasts a history of grabbing the attention of the internet, he still can’t fathom the level of interest in his last high-profile gaffe.

After a Sarasota police officer’s body cam captured Hyde chewing her out and threatening her job in a traffic stop, Hyde expected political fallout. “I get the bad look,” he said. “I get it. I really do. But I’ll never understand how 14 million people had enough interest in a fat guy chewing out a cop to watch that video.”

That is a rough estimate of collective views on video that seemed to go viral for every media outlet, including Florida Politics, that posted the footage. In the immediate aftermath, Hyde received so many phone calls he had to turn off his cell and temporarily shut down all social media accounts.

For a minute, it appeared to completely demolish his Primary challenge against U.S. Rep. Vern Buchanan. When the Sarasota Herald-Tribune published a front-page apology letter from Hyde, he signed it as “a former Republican Party candidate for Florida’s 16th Congressional District.”

But he never shut down his campaign accounts, and the attention at least drove national interest in his candidacy. So he decided to trudge forward with no outside funding. His reputation as a friend to rank police officers may be in tatters, but perhaps it collapsed to its nadir. If Hyde at last hit bottom, he figures there’s no place to go but up.

He just wants the community to ask itself a question once again. It’s one that will be captured in his next campaign ad’s working title: “Do you know who I am?”

It’s a question he’s famously asked before. After Officer Julia Beskin pulled him over on Valentine’s Day, Hyde quickly berated her and said: “I’ll just call the Chief. You know who I am, right?” Boorish behavior would be captured from the shoulders of several officers called to back Beskin up following Hyde’s belligerence.

Now he’s hired a videographer to film a campaign ad at the location of the traffic stop, where every camera angle that recorded his behavior will be recreated. But this time, instead of trying to big-time his way out of a ticket, Hyde will showcase, or attempt to present, his virtues.

Hyde frames himself as a staunch conservative opposed to gun control, a father in favor of parental rights, and a representative of a demographic fed-up with establishment politicians on both sides of the aisle.

That’s why he’s challenging Buchanan, the Republican in line to Chair the House Ways & Means Committee, but who has disappointed some conservatives with votes for background checks, support for the Paris accords and a willingness to certify President Joe Biden’s election win. Hyde also is meeting again with Tea Party groups, hoping to win over people who at least want to send a message to Washington, even if a path to victory over Buchanan seems hard to make out.

“Logically, I shouldn’t get many votes. I may well not,” he said. “I may not get my mother’s vote. But I might.”

He plans from this point forward to completely self-fund the campaign. He will pay the full $10,440 qualifying fee and cover the high-end video production for upcoming ads out of pocket.

He also has another ad in the works, one that should come out before the traffic stop recreation and which will parrot Apple’s classic “I’m a Mac, I’m a PC” campaign from the mid-2000s. He’ll position himself as a “conservative” opposite a purple-haired, super-woke “liberal.”

“It’s actually very funny if you have a sense of humor,” he said. “If you don’t, it’s going to send people to the comment button.”

That won’t exactly help rehab his reputation for being too aggressive or acerbic, but it could highlight a facet of his political profile that seemed taxed by that traffic fine — a sense of humor.

Hyde’s populist appeal always relied a little on the idea more people were at home chuckling as they watched him accost Sarasota City Commissioners or School Board members. Was an army of video-streaming allies pumping their fists and cheering at every mean-spirited word?

His campaign at this point may serve mainly as a social research project on the eternal marketing question of where there is such a thing as bad publicity. Can the man caught shouting down a female police officer in broad daylight, the same guy who told Hispanic teenagers at his tennis club to “cut some grass” and who inspired the Lincoln Project video reel title “Our Kids Are Watching,” actually motivate a disaffected constituency to go to the polls?

“I guess we will find out on Aug. 23,” he said, referring to the date of the Primary Election.. “Maybe then you can write a story about how I spend $300,000 of my own money to pay the highest cost per vote in human history.

“Or maybe you write a story on: How does an a**hole come that close to winning? Or maybe the story is: How did that a**hole win?”

nextLast Call for 5.25.22 — A prime-time read of what’s going down in Florida politics