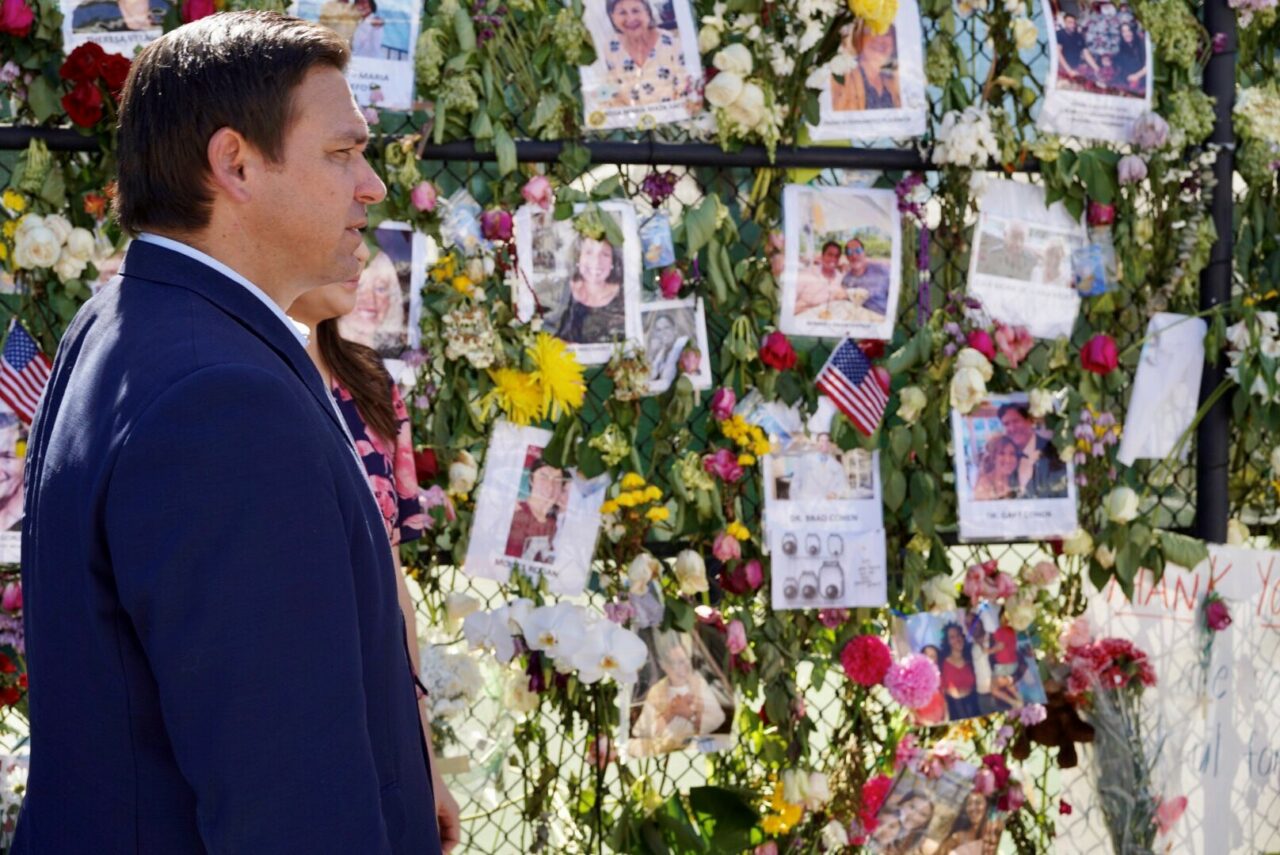 In the weeks following the tragedy, DeSantis promised to review condo association regulations.

Gov. Ron DeSantis has signed a law to require stricter inspections for condominiums codifying a deal legislators reached in response to the deadly condo collapse in Surfside last year.

After the Senate passed the language on Tuesday as part of building code legislation (SB 4D) that was making its way through the property insurance Special Session, the House took up the bill Wednesday and expressed mutual praise for the agreement.

The Republican Governor signed the measure in a fleet of 10 other bills that included the broader property insurance package (SB 2D), the main reason lawmakers were in Tallahassee this week.

“This package represents the most significant reforms to Florida’s homeowners insurance market in a generation,” DeSantis said in a news release. “These bills will help stabilize a problematic market, help Floridians harden their homes through the My Safe Florida Home Program, and pave the way for more choices for homeowners.”

Miami Republican Rep. Daniel Perez filed the legislation Tuesday afternoon, 11 months after the Champlain Towers South collapsed in Surfside. The 88-page bill is the culmination of months of work by legislative leaders and local lawmakers.

“People talk about coming to Tallahassee and it being too political, but this is real policy with real change affecting real families in the past but also in the future,” Perez told members before the final vote. “So, when you guys leave this chamber today, do it with your head up high, because you’re doing something that most people can only dream of. You’re making real change.”

The language is mostly a product pushed by the Senate during this year’s Regular Session that died during a ping-pong of negotiations at the end of the Session. Ahead of the Special Session on property insurance, negotiations picked up where the Senate left off in March, with stronger condo inspection requirements that the chamber passed unanimously plus a maintenance reserve requirement for condo associations.

The deal on Tuesday also coincided with a ruling in Miami-Dade County to increase the payout available to the people who owned condos in the building, which collapsed June 24.

Legislative leaders had delivered the bill to DeSantis on Thursday for his approval. With his signature, the bill takes effect immediately.

The bill was originally filed as legislation allowing homeowners to repair or replace more than a quarter of their roof without being required to replace the existing roof. It also prohibited local governments from waiving that provision.

That language is still in the bill, but lawmakers used the legislation as a vehicle to pass the condo requirements once the deal was reached.

After the vote, House Speaker Chris Sprowls praised Perez for holding his ground on the legislation at the end of the Regular Session.

“As we came out of last Session with the Surfside bill, the politically expedient thing for you to have done was to get a bill, even if it was a bill that you didn’t believe was the right product or make people safer,” Sprowls told members. “I know you got a lot of flak when you went home, but you were zoned in on what would be best for people in Florida, and because you did that, people in the state of Florida are safer because of your efforts.”

In the weeks following the tragedy, DeSantis promised to review condo association regulations. The Governor’s signature completed that promise.

The measure received support from the Florida Engineering Society and American Council of Engineering Companies of Florida, which was part of the Surfside Working Group and helped develop the recommendations following the Champlain Towers South collapse.

“The importance of this legislation cannot be overstated. The periodic inspections of condos will help ensure that all Floridians can rest at night knowing that their building, particularly older condos, are structurally sound. This legislation is good for Floridians, and good for Florida,” said the organization’s executive director, Allen Douglas.