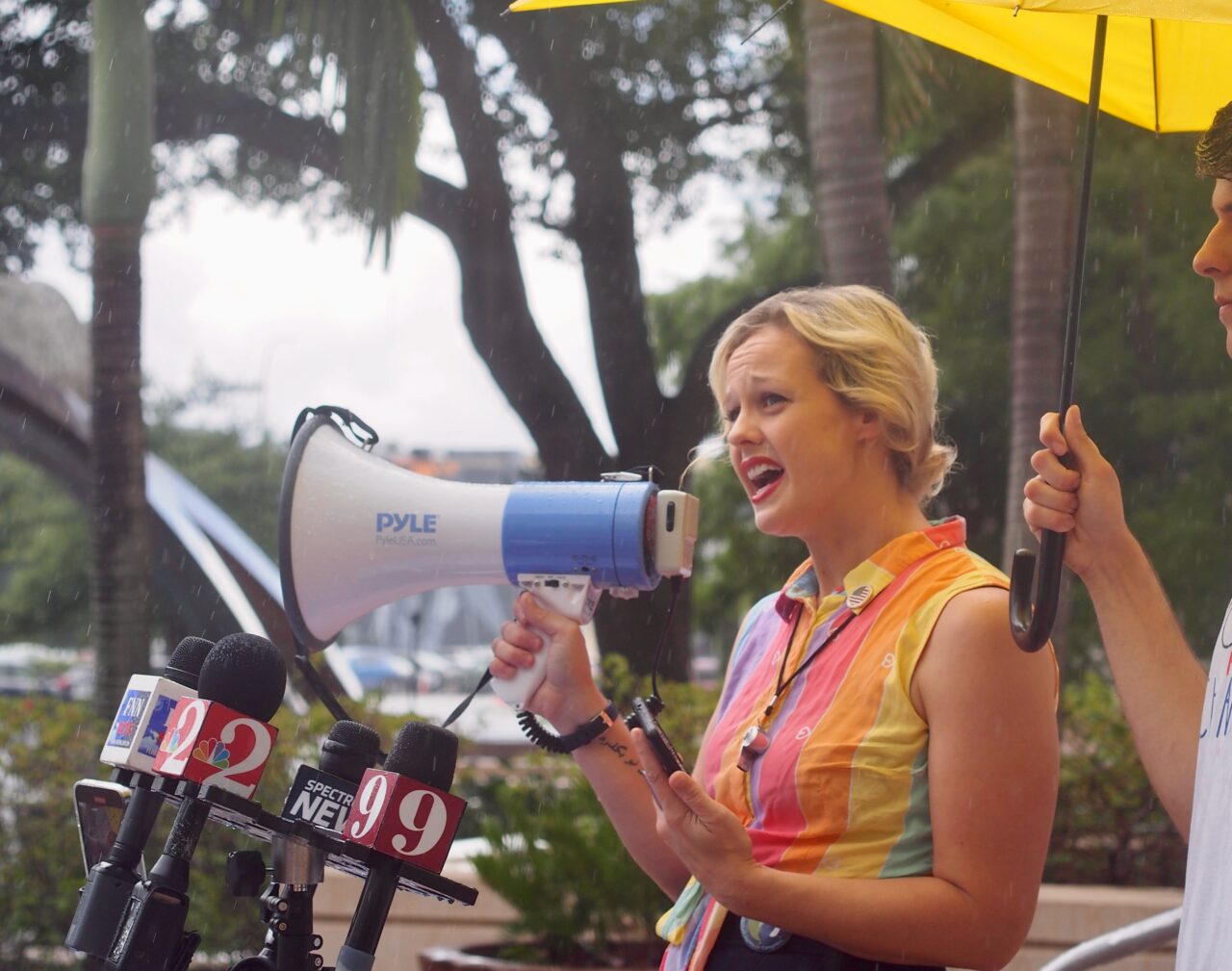 'Obviously, he doesn't want me to win. But being in close proximity to Gaetz is a bad look.'

There was a time when Gov. Ron DeSantis and Rep. Matt Gaetz were close. Now, Rebekah Jones, a DeSantis’ nemesis and Gaetz’s likely election opponent, is wondering if the Governor would dare support him against her.

Jones, a Gulf Breeze Democrat, and DeSantis have been in hostile conflict ever since she was fired from her Department of Health job two years ago. Jones accused his administration of manipulating COVID-19 data, an accusation the state Inspector General dismissed last week as unsubstantiated.

Now, she’s the leading Democratic candidate in Florida’s 1st Congressional District. The western Panhandle district has an overwhelmingly Republican base. Yet Gaetz, a Republican from Mary Esther, could be in trouble in the election according to some polls. That could be in part because of the cloud of a sex-with-minors criminal inquiry involving Gaetz’s friend and associate Joel Greenberg.

“He hasn’t been seen publicly with him in a year and a half,” Jones observed of DeSantis and Gaetz.

She wondered aloud: If Republicans began to think Gaetz could lose, would the Governor’s dislike for her overcome any concerns he might have of backing Gaetz, once a close associate, while there remains any prospect the Governor might get dragged deeper into the Greenberg case, as reports have suggested.

“Being close to Gaetz only hurts DeSantis statewide, because Gaetz is not popular, not even in his own district,” Jones said. “Obviously, he (DeSantis) doesn’t want me to win, because that would destroy his narrative. But being in close proximity to Gaetz is a bad look.”

“So, I don’t know,” Jones concluded. “Nothing that man (DeSantis) does makes sense, so I don’t think I can try to rationalize what he would want to do.”

Public polling has shown Jones within striking distance of Gaetz. Her campaign’s internal polling from The Listener Group showed her leading Gaetz by 6 points in March, she said.

Despite her national image as a DeSantis nemesis, Jones said she’s campaigning in CD 1 on everyday issues. Jones said she’s making inroads with voters who are convinced Gaetz is out of touch on such issues.

“I’m not running a campaign that’s driven by divisive language or ideological burdens. And I’m talking about real-people issues that affect people every day. And that’s something Matt Gaetz has never done,” she said. “We just want basic maintenance of our area in Northwest Florida without the culture wars.”

previousLast Call for 6.1.22 — A prime-time read of what’s going down in Florida politics

nextSunburn — The morning read of what’s hot in Florida politics — 6.2.22