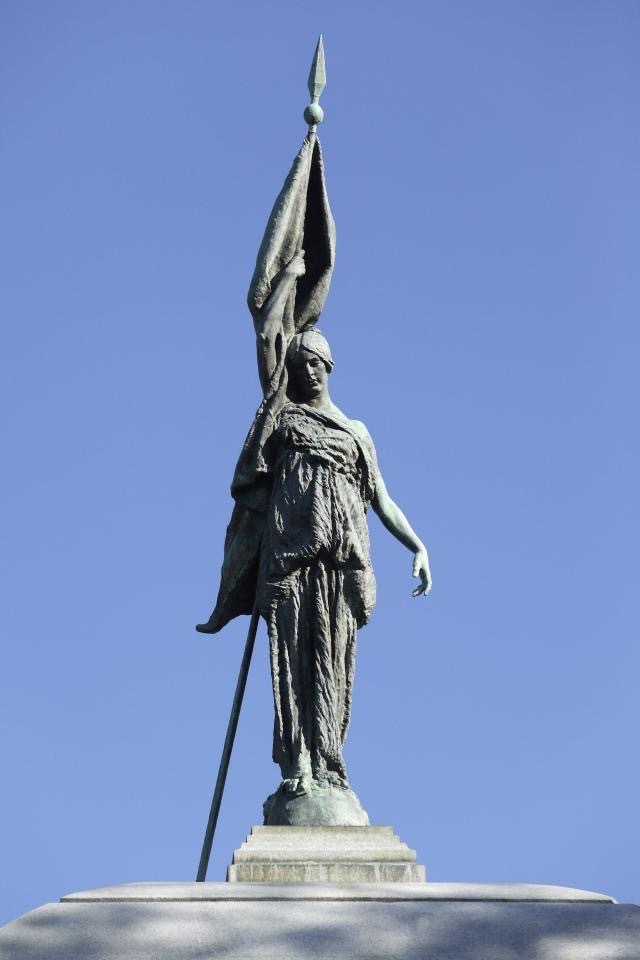 The Jacksonville City Council wrestled yet again with the city’s Confederate monument Tuesday evening, and members again decided to leave the structure standing with no immediate prospect for removal.

A resolution expressing the Council’s will to spend up to half a million dollars towards moving the Tribute to the Women of the Southland from Springfield Park failed, mirroring what happened the week before in Council committees.

Carlucci said that the bill was about “embracing the 21st century culture of diversity and inclusion,” noting Jacksonville’s growth in the shadow of “Confederate symbols” and “Jim Crow remnants,” and the seeming lack of “political will … to deliver on promises made.”

Carlucci’s passion notwithstanding, the legislators did not “reexamine” their positions established in last week’s committees. They didn’t even speak before the bill failed by a 13-6 vote.

This doomed bill joins a series of attempts to remove the edifice, following up on withdrawn legislation filed last year supported by Mayor Lenny Curry.

Curry urged the Council to vote “yes or no,” but the Council did not want that vote, with specific objections to the $1.1 million price tag of removal.

However, Carlucci’s cheaper compromise also was a nonstarter.

The city began the process of monument removal two years ago, but leaders have been unable to forge consensus on a path forward.

In 2020, one Confederate tribute edifice was partially removed, at the behest of Curry, from what is now James Weldon Johnson Park, in the wake of unrest around the country spurred by the police killing of George Floyd.

An effort sponsored by Al Ferraro to put the matter of monument preservation up to a citizen referendum failed earlier this year, even after the language was amended to make the vote nonbinding.

The movement on Council is toward community conversations and a potential recontextualization of the monuments. 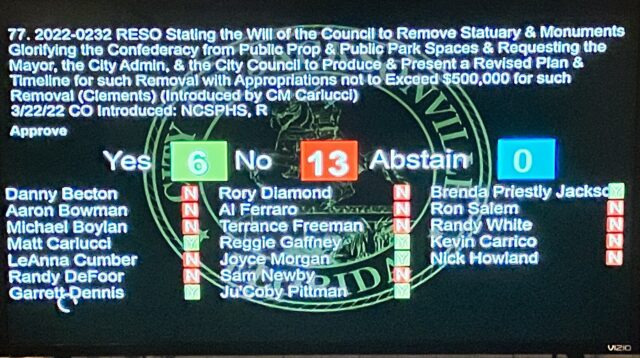