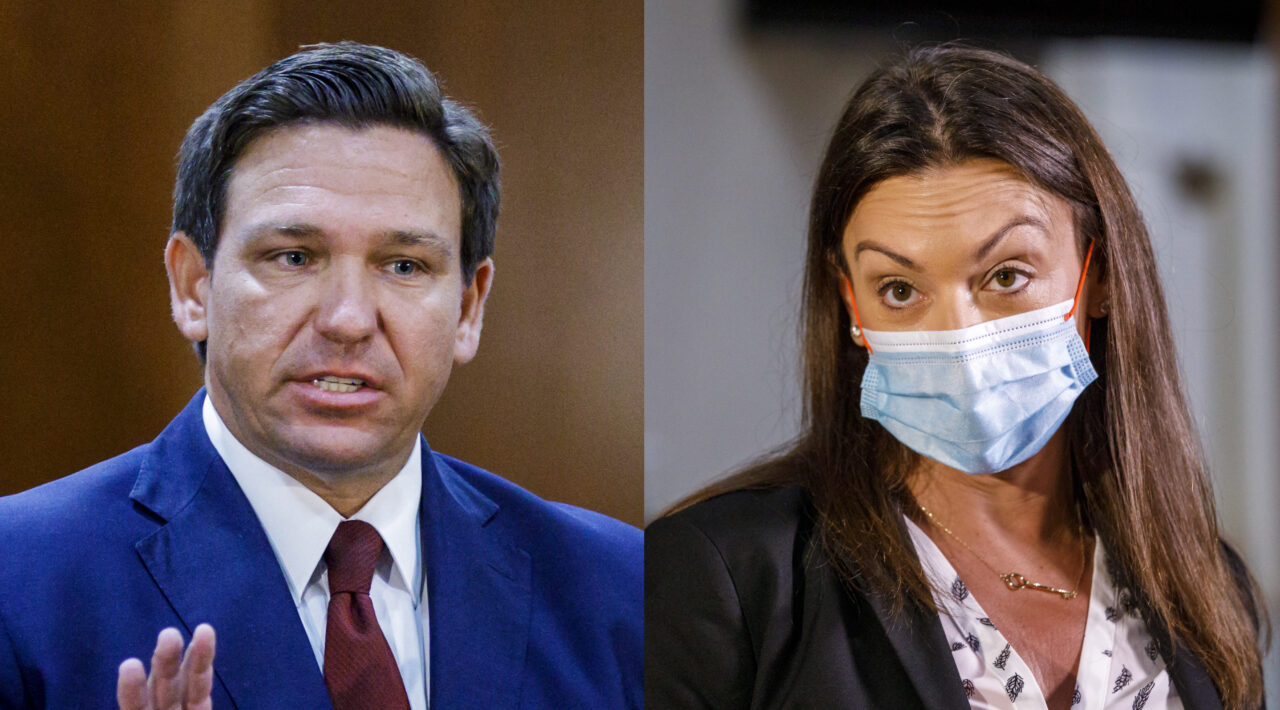 Fried said the Governor and Florida's recommendation against vaccinating those 5 and under wrought chaos and denied immediate vaccine access.

Fried, a Democratic gubernatorial candidate who hopes to deny DeSantis a second term this year, sided with federal officials on Monday, accusing DeSantis and Florida Surgeon General Joseph Ladapo of intentionally missing the necessary deadlines for providers in the state to expeditiously provide vaccines to children between 6 months and 5 years old.

“This is part of a continued and concerted effort by the Governor and his anti-science Surgeon General to push dangerous conspiracy theories over proven public health measures in an attempt to take away parents’ rights to make their own decisions for their children’s health with their own doctors,” Fried told reporters.

“The entire ordeal appears to have been (an) intentional attempt to create chaos and confusion in the hopes of discouraging parents from accessing vaccines, making it appear as if there will be no available doses in the state of Florida.”

Florida is the only state that did not preorder vaccines for children 5 and younger before the U.S. Food and Drug Administration OK’d COVID-19 vaccines from Pfizer and Moderna for the age group, according to the White House. As a result, Florida is the only state where vaccines aren’t immediately available for its youngest residents now that the U.S. Centers for Disease Control and Prevention has recommended the vaccine for children as young as 6 months old.

Children cannot receive the adult-grade doses of COVID-19 vaccines and must take doses approved for their age group.

Last week, the Republican Governor told reporters that Florida and its Department of Health would continue to recommend against vaccines for healthy children 17 and under, updating the recommendation to advise against the federal recommendations for 5 and under population. Although DeSantis said pharmacies and independent health care providers like pediatric offices would be able to order vaccines for children, he also said state and local health departments won’t administer the vaccine. That, plus his stance recommending against vaccinating children, confused parents, Fried said.

“Parents across the entire state heard that to mean there will not be vaccines in Florida,” Fried said. “I had parents contacting or reaching out to me all of last week saying, ‘Am I going to have to go to Georgia?’ That is the type of confusion that he created last week.”

On Friday, officials in President Joe Biden’s administration accused the DeSantis administration of “intentionally” and “deliberately chose to delay taking action to deny Florida parents the choice of whether to vaccinate their children or not.”

But during a news conference soon after Fried’s, DeSantis told reporters the White House was lying when they said DeSantis reversed course on vaccines for children, and he asserted the media amplified those lies.

“They came out with an article saying the state of Florida has not ordered — its Department of Health has not ordered mRNA jabs for the babies. Yes, we didn’t. We recommend against it. We are not going to have any programs where we’re trying to jab 6-month-old babies with mNRA. That’s just the reality,” DeSantis said. “I think what happened was they thought somehow we would be embarrassed by that. No, we’re following the data.”

Throughout the pandemic, DeSantis has touted his support for parental rights, and he signed the Parents’ Bill of Rights and the Parental Rights in Education laws. But providing vaccines and information about them also is about parental rights, Fried said.

Fried also apologized on DeSantis’ behalf for that “confusion and chaos.” She called the state’s position “COVID-19 denialism” from DeSantis and Ladapo and accused them of playing politics with children’s health.