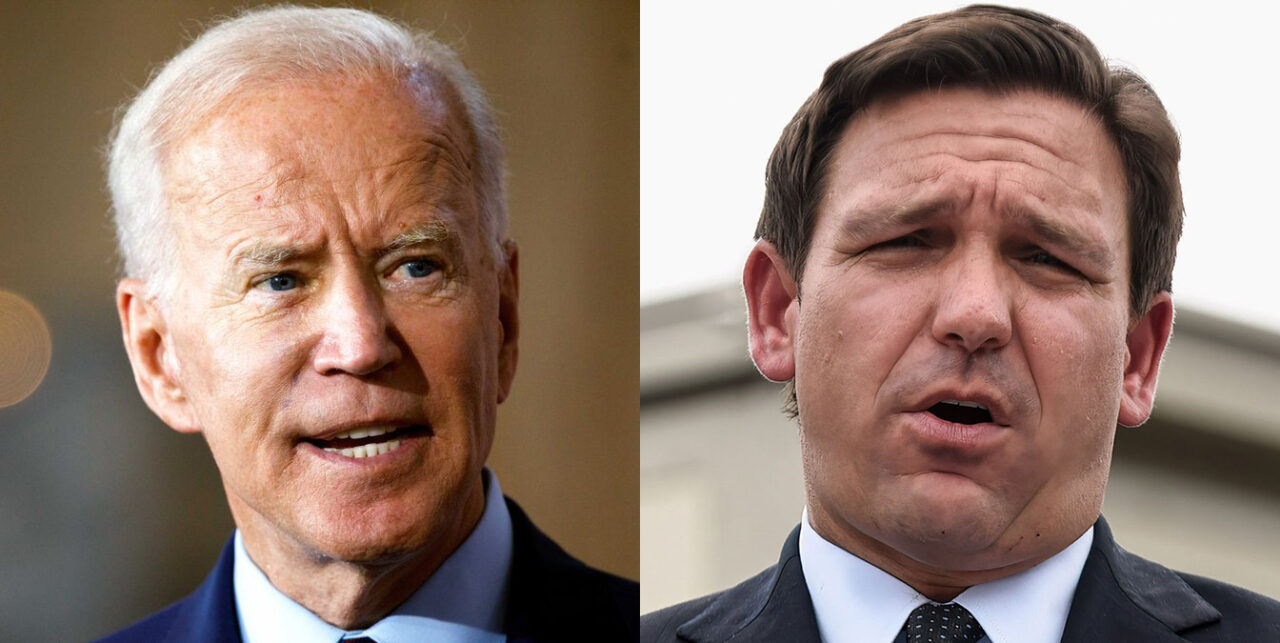 'The state of Florida intentionally missed multiple deadlines to order vaccines to protect its youngest kids.'

Until Friday, Florida didn’t allow providers to pre-order vaccines for young children. But providers can order vaccines now that the federal government has given its initial OK to the shots, which officials say was always the plan.

The initial story, published Friday afternoon by McClatchyDC, quotes White House Press Secretary Karine Jean-Pierre saying Florida would begin accepting vaccine orders for children between 6 months old and 5 years old. On Thursday, McClatchy reported that Florida is the only state that has not pre-ordered vaccines for children under 5.

“We believe it is critical to allow parents everywhere to have the choice to get their kids vaccinated and have a conversation with their pediatrician or health care provider. Even though Gov. DeSantis reversed course and is now ordering vaccines, we will pull every lever to get pediatricians across Florida vaccines as quickly as possible. This is an encouraging first step, and we urge the state to order vaccines for its state and local health departments, so that all Florida parents have the opportunity to get their children vaccinated.”

The federal government is expected to recommend Pfizer and Moderna’s COVID-19 vaccines for that age group this weekend, but Florida’s Republican Governor on Thursday told reporters the state would continue recommending against vaccinating healthy children.

During a press call an hour after the story published, White House Coronavirus Response Coordinator Ashish Jha told reporters Florida has now ordered vaccine doses that are designed for children. Florida is the only state that did not pre-order those vaccines and therefore won’t be able to administer shots to children on time because the state missed wave one and wave two of preordering.

“The state of Florida intentionally missed multiple deadlines to order vaccines to protect its youngest kids,” Jha said. “Now, despite repeated efforts to reach out and engage officials in the state of Florida, elected officials deliberately chose to delay taking action to deny Florida parents the choice of whether to vaccinate their children or not.”

“The White House (Press Secretary) and (McClatchyDC) are both spreading disinformation. NOTHING has ‘reversed’ or changed. The State of Florida is not placing any orders of (COVID-19) shots for 0-5 year old babies and kids,” Pushaw tweeted.

Florida Department of Health (DOH) Press Secretary Jeremy Redfern similarly told Florida Politics the story is false and that nothing has changed.

“Contrary to disinformation circulating, the vaccine ordering process has not changed in Florida. COVID-19 vaccine ordering — including for the 6 month to 5 year age group — has always been available to providers,” DOH wrote in a news release. “Following the Emergency Use Authorization issued today, June 17, 2022, enrolled providers are able to order COVID-19 vaccines for the newest authorized age groups through Florida SHOTS.”

Although individual providers can order vaccines, Florida is not directing state and public health departments to administer vaccines to children.

“This will specifically leave the most vulnerable underserved children of Florida behind,” Jha said.

“Florida’s decision to not participate in the cumbersome vaccine pre-ordering process never prohibited vaccine supply from being ordered or from being available in Florida,” DOH wrote in its release.

The United States on Wednesday moved closer to approving the first COVID-19 shots for children younger than 5 after the Food and Drug Administration’s (FDA) vaccine advisers gave their thumbs-up. That puts the vaccine on a timeline for approval by the U.S. Centers for Disease Control and Prevention this weekend next week.

“That’s not the same as banning it. I mean, people can access it if they want to,” he continued, calling it a choice.

DOH is led by Surgeon General Joseph Ladapo, who has been controversial in questioning the effectiveness or safety of masks and vaccines during the pandemic. Under Ladapo, Florida has already deviated from federal recommendations by recommending against vaccinations for healthy children between the ages of 5 and 17.

Much of Ladapo’s commentary on COVID-19 tells Floridians to do their own research. DeSantis followed a similar refrain Thursday, encouraging people to watch the FDA panel’s meetings, held Tuesday and Wednesday.

“The trial date on that is abysmal. I’d encourage people to look at it. It should not have gotten emergency use,” DeSantis said.

Dr. Peter Marks, the FDA’s vaccine chief, presented data during Wednesday’s meeting showing what he described as a “quite troubling” spike in young children’s hospitalizations during the omicron wave. He noted that 442 children under age 4 died during the pandemic. That’s far fewer than adult deaths but should not be dismissed in considering the need for vaccinating the youngest kids, he said.

DeSantis characterized officials as noting children’s risk for severe infections is low, but still saying parents are frightened about their children contracting COVID-19.

The White House @PressSec & @McClatchyDC are both spreading disinformation. NOTHING has “reversed” or changed. The State of Florida is not placing any orders of covid shots for 0-5 year old babies & kids.