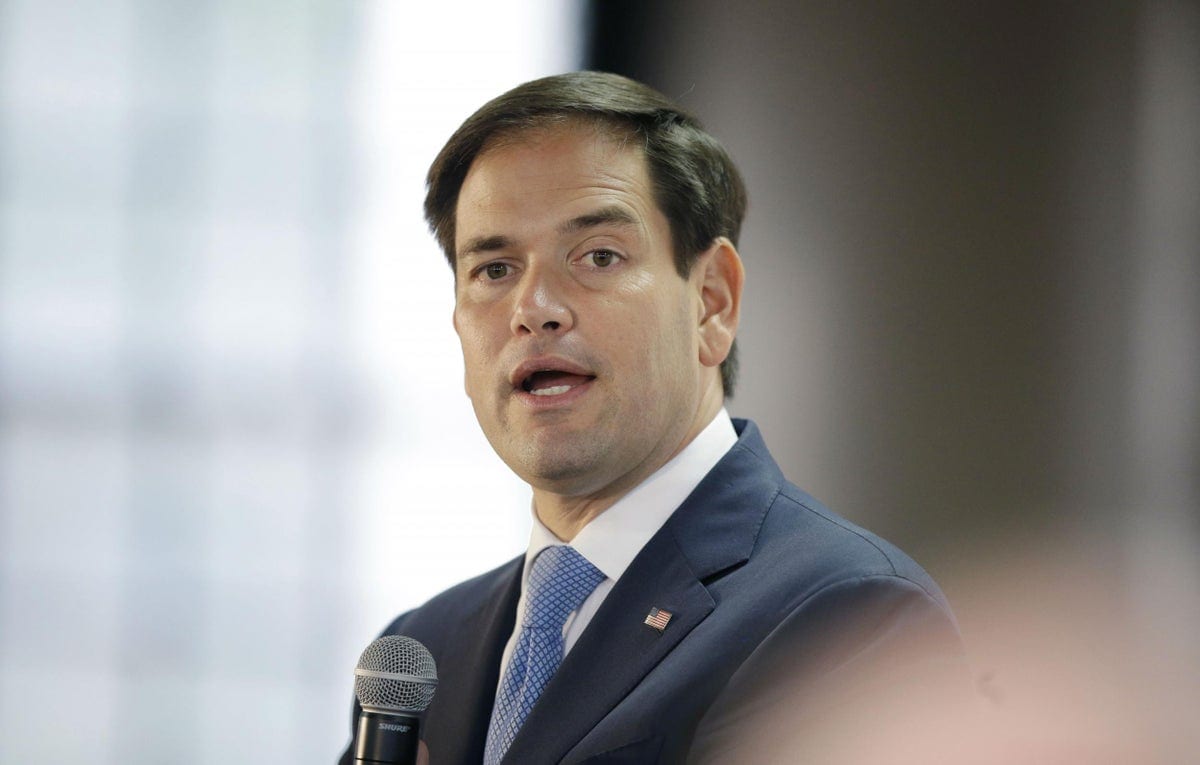 'For 18 months, the entire federal government has been in the hands of one political party (and) they are 100% responsible for the challenges our country is facing today.'

Sen. Marco Rubio again took aim at the specter of liberal indoctrination in public school and the spread of left-wing policies and ideologies at a Saturday rally that drew hundreds of conservatives from Sarasota and Manatee counties.

During his keynote speech inside the Robarts Arena at the Sarasota County Fairgrounds, Rubio called for unity against “lunacy” and predicted some of the cultural movements sweeping the nation will result in a strong showing for the GOP this year.

“The choice in American politics today is no longer simply left and right, or Republican and Democrat. … The choice is between common sense and complete and utter lunacy.”

Rubio lambasted controversial subjects like critical race theory and the participation of transgender athletes in women’s sports, both of which were banned in Florida, prompting legal challenges in Florida.

He slammed Democrats for inflation and high prices as the gas pump. There has never been a time in modern history, he said, “when the choice has been as stark as it is today.”

“For 18 months, the entire federal government has been in the hands of one political party,” he said. “They are 100% responsible for the challenges our country is facing today.”

Gov. Ron DeSantis was listed as a potential speaker, but two days out from the event, he still had not confirmed he would show. Organizers told the Bradenton Herald he backed out due to a family emergency.

Buchanan, who secured a “complete and total endorsement” from Donald Trump in December, invoked the former President’s famous habit for terminating people under his employ while addressing the crowd.

“First things first, we need to gather and we will fire (House Speaker) Nancy Pelosi,” he said to a round of applause. “In two years, we’ll fire (President Joe) Biden, (Vermont Sen.) Bernie Sanders, (Vice President) Kamala (Harris) and the Squad.

“They need to be gone. They’re socialists.”