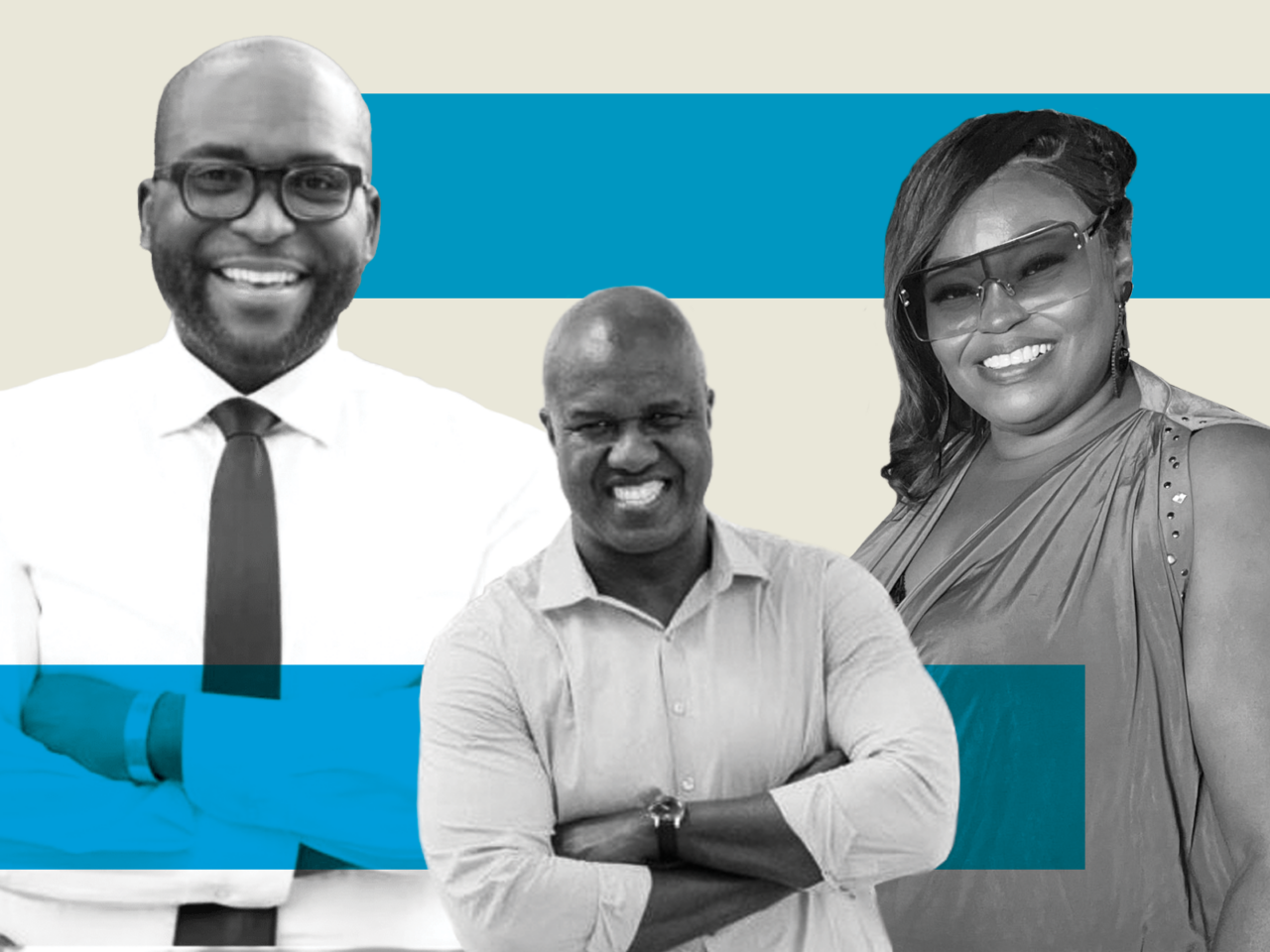 All three candidates are former educators.

Shevrin Jones beat five other Democrats and a write-in candidate to win his Senate seat two years ago. He now faces just two opponents, both from within his party’s ranks, including one who has drawn rebukes for comments critics labeled homophobic.

Described by U.S. Rep. Charlie Crist as “one of the brightest political young stars in Florida politics today,” Jones leveraged eight years in the Statehouse into a landslide Senate victory in 2020.

Since winning a seat in the chamber, Jones has maintained a positive presence and a can-do attitude, working across the aisle to pass measures like SB 236, which expanded aid eligibility for children with developmental delays in public schools, backing bills to improve how the state treats some of its most underserved people, and continuing to bring money back to his district.

But he’s not just getting along. After consecutive Legislative Sessions in which GOP lawmakers pushed through measures to tighten voting strictures, limit classroom and workplace discussion of race, gender and sexuality, and draw a new congressional map that now faces legal challenges over its alleged erasure of Black-performing districts, Jones went on the offense.

In February, he launched Operation BlackOut, an initiative to boost vote-by-mail registration among Black and Brown progressives who are registered to vote but don’t. He was also among the chief organizers of Stay Woke Go Vote, which among other things aims to draw attention to voting-related actions by Gov. Ron DeSantis and other Republicans.

All the while, he’s been campaigning and fundraising to stave off challenges from corrections officer turned consultant and entrepreneur Pitchie “Peachy” Escarment and Erhabor Ighodaro, a former Miami Gardens City Councilman.

Escarment has founded four companies in Florida, according to the Division of Corporations. Her candidacy for SD 34 marks the first time she’s run for public office. While a newcomer to politics, her list of priorities reflects issues affecting the majority Black community of SD 34, including a shortage of affordable housing, criminal justice reform, education and mending ties between law enforcement and communities of color.

Since filing to run for office in February, Escarment has collected nearly $24,000, more than 83% of which came through self-loans or donations from family. As of July 29, she had about $4,000 remaining after covering advertising and signage costs and refunding herself for more than half the money she added to her campaign coffers.

Ighodaro, whose wife now sits on the Miami Gardens Council, was among the candidates Jones faced in 2020. During that cycle’s contest, Ighodaro attracted censure for anti-LGBTQ remarks some considered to be indirectly aimed at Jones, the first openly gay Black lawmaker elected to the Legislature.

Jones took that as a personal dig, but he said it was evidence Ighodaro lacked the focus necessary to deliver for constituents.

“People are looking for somebody to go to Tallahassee to be their champion, not their judge,” he said on Twitter.

Ighodaro, who ran in 2020 as “the only candidate fighting for our families,” doubled down on his prior comments in an interview with the Herald and took aim at the transgender community, whose members sometimes ask to be called by specific pronouns, frequently “they” and “them.”

A former Chief of Staff to ex-Miami-Dade School Board Member Robert Ingram, Ighodaro initially got his seat on the Miami Gardens Council by appointment in 2012. He later won re-election.

Through the end of July, Ighodaro raised almost $84,000 between his campaign account and political committee, Reignbow Florida — organized in September 2020 as “Reignbow Family Values” — with much of those gains coming from real estate businesses, education professionals and the clergy, as well as a $26,000 self-loan.

Of that, he had about $11,000 remaining by Aug. 1 after heavy spending on consulting, outreach and advertising, including radio spots on local Haitian-language stations.

Neither challenger holds a candle to Jones’ fundraising. Though Jones technically launched his re-election bid in May, he has raised $101,000 this cycle through his campaign account alone, plus another $521,000 collected through his political committee.

With less than two weeks to go before the Primary, he had just $30,000 left after huge rounds of spending on campaign mailers, digital advertising, travel and consulting.

Groups backing him include SAVE Action PAC, LGBTQ Victory Fund and the Florida chapter of the Service Employees International Union.

Since only one political party is competing in SD 34 this year, the race is an “open” Primary in which all voters can cast votes regardless of their party affiliation. Whoever has the most votes on Aug. 23 will win the seat.