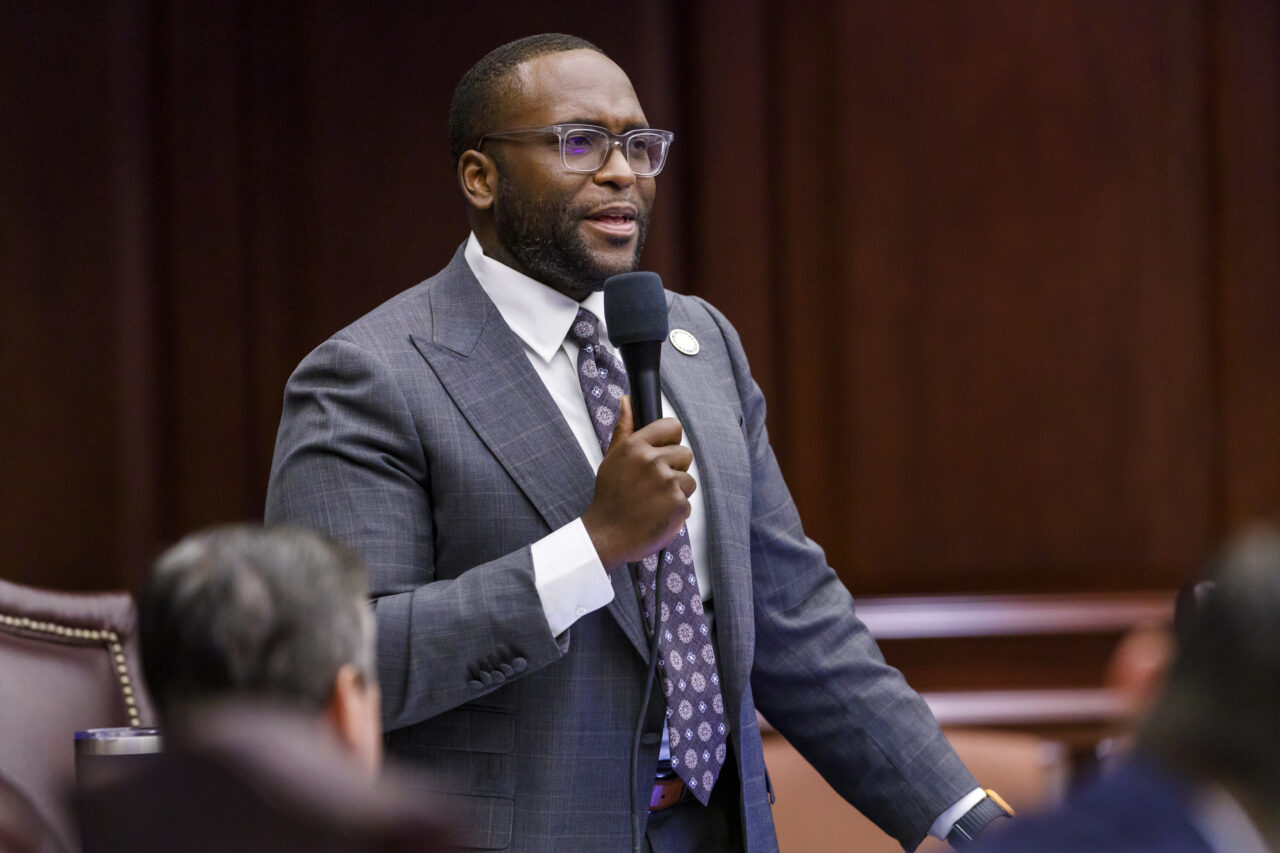 ‘We can’t sit on the sidelines at this moment.’

When Sen. Shevrin Jones kicks off his re-election campaign Thursday in Miami Gardens — the city where he was born and raised — attendees should expect a different message from the one he shared three years ago.

It’s been a rough year for Democrats, particularly those who are underserved and underrepresented. The Republican-dominated state Legislature passed, and Gov. Ron DeSantis has since signed, legislation tightening strictures around voting that critics, including a U.S. District Court Judge, decry as unconstitutional and unevenly adverse for minorities.

Teachers in Florida will be at risk of losing their jobs, and their schools targeted by lawsuits, if they use the wrong vocabulary in lessons about or adjacent to the subjects of race, ethnicity, gender or sexuality, thanks to a pair of measures going into effect July 1.

Amid all this, Democrats are trailing Republicans among active Florida voters for the first time in modern history, a shift potentially exacerbated by a congressional redistricting plan designed by DeSantis’ Office that halves Florida’s Black-performing districts.

The message now is clear, Jones said. The time for passive hope is over.

“We can’t sit on the sidelines at this moment,” he said. “We need all hands on deck. We need everyone on the field. If not, we’re going to continue to see the slipping away not just of our democracy but the stripping away of our rights as Black people.

“We’re seeing it here within the state of Florida. It’s a blatant attack against marginalized communities.”

About that, Jones has already gotten the ball rolling. In February, he launched Operation BlackOut, a new initiative with powerful financial backing that aims to boost vote-by-mail registration among Black and Brown progressives who are registered to vote but don’t.

Jones said he expects the program to enroll more than 40,000 nontraditional, unlikely Black and Brown progressive voters to be able to vote by mail. If recent trends hold, that could translate into an electorate expansion of up to 30,000 voters for Democratic candidates — the margin of victory or defeat in three 2018 Midterm Elections, including one in which Rick Scott defeated Bill Nelson for a U.S. Senate seat.

“We’re not going to win these battles on social media. Your tweets, your statements and messages — you may have an audience of people, but my constituents aren’t on Twitter like that. Many don’t have cell phones to have access to that type of stuff. Many are older. Many are just trying to work on a daily basis,” he said.

“So how are we fighting? We’re putting boots on the ground. We’re fighting on Saturdays, when we’re going to communities, knocking on doors and telling them, making sure people are prepared to vote in August. We’re fighting by traveling across the state to help and donate to other candidates from my political committee who I believe should be part of this process.

“It’s more important than just a tweet, than just a statement. It’s putting your feet on the ground, moving while you’re working. The Bible says faith without work is dead. You can say everything you want, but if you never put the work behind it, then what are you doing?”

If South Florida voters again send him to Tallahassee next year, Jones plans to continue pushing for equity and accountability through proposals new and resurrected.

Atop his list of legislative priorities is the “Florida Right to Start Act.” The measure, which Jones sponsored during the last Legislative Session, would enable small businesses to forgo some of the fees they’d otherwise have to pay while competing for government contracts.

Jones borrowed ideas from a similar bill in Missouri. The goal, he said, is to level the playing field for Black-owned businesses trying to get a proportional piece of the proverbial pie.

“There’s a disconnect between Black entrepreneurs in Florida and the agencies, where a lot of the Black Chambers of Commerce feel as if they cannot get the help or the hand up to do business with the state of Florida,” he said. “There are even some red states with policies that make it easier for not just minority entrepreneurs, but Black entrepreneurs, who have the capacity to take state contracts. The state gives them help by removing some of the red tape that’s attached to some of these contracts.”

He’ll also bring back a bill to amend the Dignity for Incarcerated Women Act, which he saw through in 2019 during his final House term, to require that prisons provide women with pregnancy tests upon request and allow new mothers to spend time with their babies.

“Women are the largest-growing population in our prison system. It’s important that we continue to build infrastructure that provides for them,” he said. “I wish we could create a state where we’re not putting people in jail for small, petty crimes, but I don’t think that’s going to happen right now. So, what we can do is make sure women can still maintain their dignity while they are incarcerated.”

A new bill Jones intends to file for the 2023 Legislative Session will seek to tackle the state’s chronic and worsening teacher shortage, among other issues, by establishing a uniform set of standards by which public and charter schools are evaluated.

To that end, he said he hopes to work with incoming Education Commissioner Manny Díaz Jr. on creating a new accountability system for charter schools, something elected officials from both sides of the political aisle have been calling for.

“We’re seeing a vast exodus of teachers leaving the classroom for many different reasons, but on top of trying to figure out how we can keep teachers and good talent here in the state of Florida, we need to make sure there’s parity with the charter school system and (public) schools, making sure we’re not picking winners and losers,” he said.

“This is not knocking the charter school system at all. I want to make that clear. But if they’re going to coexist, then the rules need to be the same.”

Barring an unforeseen sea change in Florida politics, none of those bills will succeed without bipartisan support. And Jones will be the first to say as much. He prides himself on working across party lines, on seeing beyond just red or blue, Republican or Democrat, conservative or progressive.

The mission, he said, isn’t to score a victory for his team; it’s to secure the liberties, services and future prosperity he believes the people of SD 34 and Floridians at large deserve, and that goal isn’t exclusive to one party.

“Someone asked me the other day, do I hate the Governor? Do I hate Republicans? I said absolutely not. I think we all see things different,” he said.

“I’ll hold the Governor accountable just as I would expect him to do with me if I was in power. We just see values different … and it benefits me none to throw people under the bus, to be nasty and mean to people. I wasn’t raised that way. How I legislate is with the hope that people will see that all I’m doing is my job, same as you’re doing. I represent people the same way you represent people, and my hope is that we can put the disagreement aside for the greater good.”