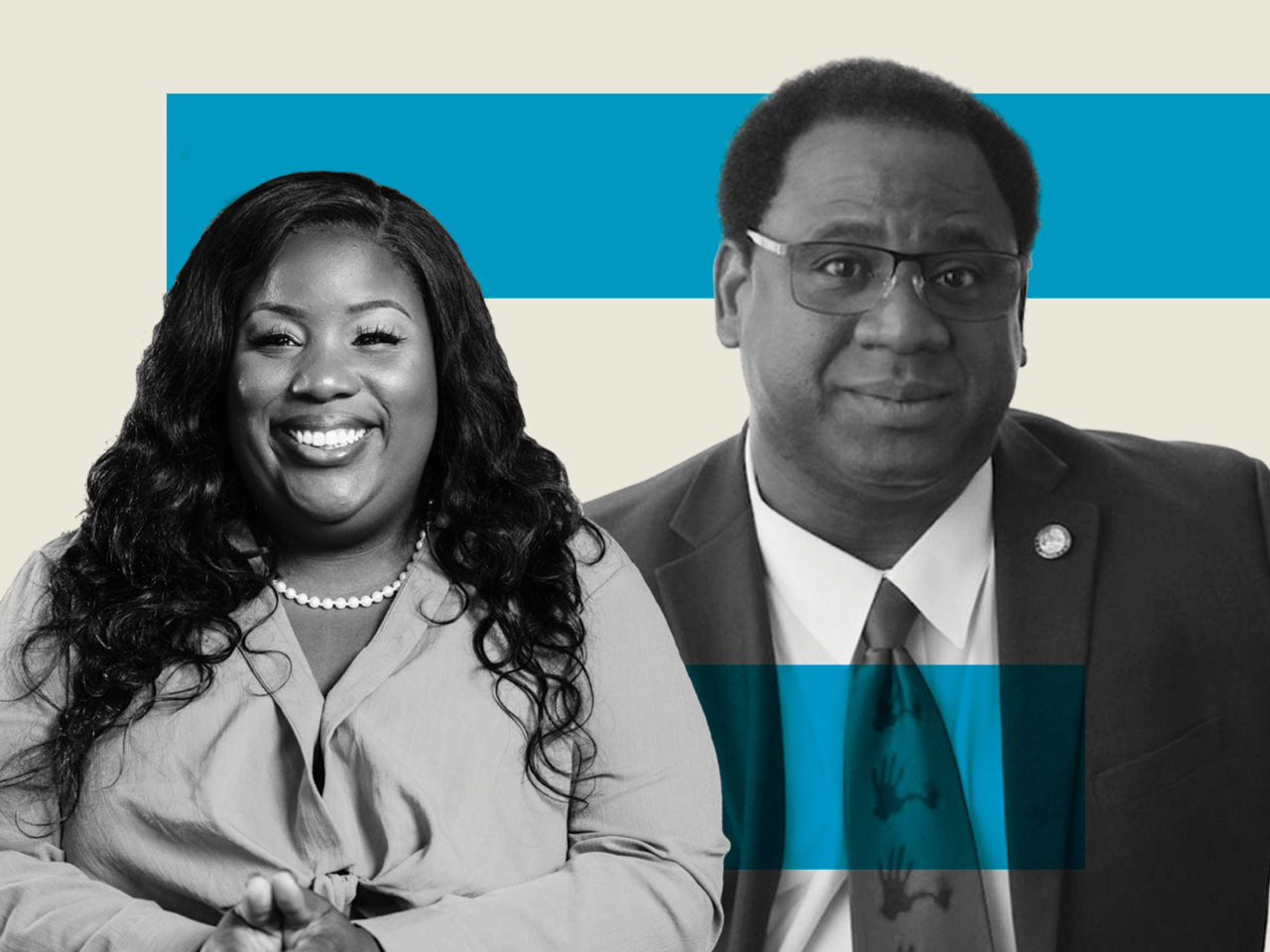 While the pair are considered the front-runners in the race, Democrat Jesse Philippe is also running.

Rayner, a civil rights lawyer, faces Newton for the South St. Petersburg district after succeeding him in 2020. Upon her election, she became the first openly gay woman of color to serve in the Legislature.

Newton served in the House from 2016 to 2020. He chose not to seek re-election in 2020, instead running two unsuccessful campaigns, one for Pinellas County Commission and another for St. Pete Mayor.

After being bested in the mayoral race, Newton announced he would run for his former House seat. While Newton will appear on the ballot, he did have to clear some hurdles in the qualification process.

While the pair are considered the front-runners in the race, Democrat Jesse Philippe is also running. Philippe works as a lawyer and small business owner.

The race for the seat has proven fierce, with both Newton and Rayner boasting name recognition in the district.

When he first entered the race, Newton didn’t know he’d have to face the incumbent. Initially, Rayner was not seeking re-election, instead pursuing a congressional seat. However her plans changed in May when redistricting shifted the Pinellas seat she sought into a Republican-leaning jurisdiction.

In swapping her campaign from Congress to state House, she brought with her a hefty war chest, giving her a strong advantage against Newton, who has struggled to compete with her fundraising. So far, Rayner has collected $195,504 between her campaign and affiliated committee, Progress for All. Newton, on the other hand, has amassed $35,940 total, and Philippe has raised $23,289.

Rayner and Newton have also differed greatly in support.

While Rayner has garnered endorsements from prominent local and state Democratic figures and progressive organizations, Newton has received backing from more Republican-aligned organizations.

That has led some to question Newton’s ties to the Republican Party, with support coming from former Republican colleagues. Although the former Representative touts an ability to work with Republicans — running with support from the Florida Chamber of Commerce and the Fraternal Order of Police — others worry he is too close, potentially compromising Democratic policy goals.

The Democratic nominee will likely take the seat, since the lone Republican candidate, Jeremy Brown, sits in jail on charges from the Jan. 6, 2021 insurrection at the U.S. Capitol. Even if he was not imprisoned, the Republican would struggle to flip the deep-blue district, which saw 72% support for President Joe Biden in the 2020 election, and only 27% for Donald Trump.