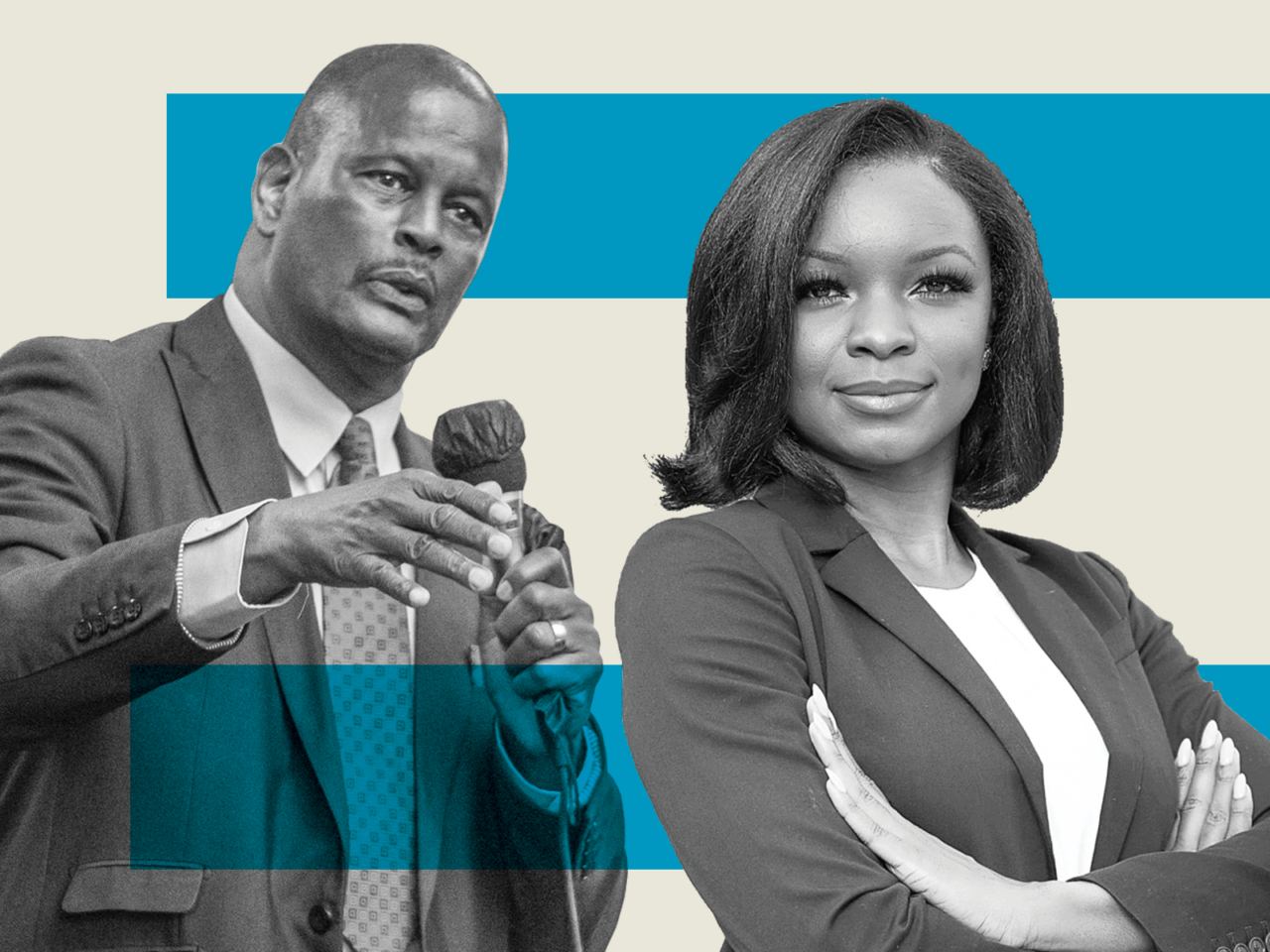 The incumbent had not faced an election challenge in years.

Democratic lawyer Ashley Gantt has won the election for House District 109, defeating one of Florida’s most enduring state politicians and delivering a victory for progressives demanding representation more congruent with their values.

With early and mail-in voting totals tabulated and all 121 precincts reporting at 9:36 p.m. Tuesday, Gantt had 52% of the vote compared to 48% for incumbent Democratic Rep. James Bush III, a fellow former educator whom she out-fundraised and, evidently, outmaneuvered.

Just 494 votes separated them, based on a final tally from the the Miami-Dade County Elections Department.

Since only Democrats ran for HD 109 this year, Gantt won the seat outright and will assume office after the General Election on Nov. 8.

Bush, 67, first won election to the House in 1992 and entered his contest with Gantt serving his third stint as a state lawmaker. Over his three decades in Tallahassee, he fostered strong ties both within his party and across the aisle. That proved to be an asset, enabling him over the years to bring back millions to his district.

But his support of so-called “red meat” legislation placed him on the outs with progressive Democrats, including Gantt, a 37-year-old teacher-turned-lawyer whose run at HD 109 marked her first bid for elected office.

Gantt launched her campaign in March. She explained she was inspired to run because she felt a lack of representation for her community in Tallahassee, particularly with regard to gun violence. In mid-2021, Gantt — who was Trayvon Martin’s English teacher in high school — lost a cousin in a shooting.

Her comparatively progressive views on education and support of women’s reproductive rights were also motivators, as evidenced by some of the outside support she garnered. Shortly after Gantt entered the HD 109 race, abortion rights group Ruth’s List Florida endorsed her over Bush, the only Democrat in the Legislature who voted for Florida’s new ban on abortion after 15 weeks of pregnancy with no exception for rape or incest.

Last year, Bush similarly sided with Republicans as the only Democrat to support a measure withdrawing Florida workplaces from oversight by the Occupational Safety and Health Administration (OSHA). Some GOP lawmakers at the time sold the legislation, which Gov. Ron DeSantis signed, as a way to circumvent vaccine mandates from a “weaponized” federal agency.

In a recent interview with the Miami Herald, Gantt said she saw Bush’s vote on the abortion ban as “directly in opposition to (her) existence and … bodily autonomy.”

The founder and managing partner of Gantt Legacy Law P.A. in Miami, Gantt boasted a solid résumé despite her relative greenness on the political battlefield.

Prior to entering private practice, she spent more than a decade and a half working in community service. She spent time with helping to close the achievement gap among young learners, taught middle school in Miami-Dade Public Schools and was an assistant public defender in Broward County.

There, she earned back-to-back “Hat Trick” awards from the nonprofit Broward Association of Criminal Defense Lawyers for winning “not guilty” verdicts in at least three consecutive trials.

She also served on the executive board of the T.J. Reddick Bar Association, including as president last year, and is an adjunct professor at the Nova Southeastern University Shepard Broad College of Law, her alma mater.

In Miami-Dade, she represented District 2 on the Citizens’ Independent Transportation Trust, which oversees the use of billions of dollars collected through a countywide half-percent surtax known as the “half penny.”

Through the end of July, she raised more than $98,000 through mostly grassroots donations that included contributions from many noteworthy Democrats.

By Aug. 1, she had about $29,000 left after heavy spending on campaign advertising, materials, canvassing and consulting. She also collected endorsements from Pizzo, FLIC Votes, SEIU Florida and Run for Something.

Bush, meanwhile, amassed about $63,000 through a more corporate contribution-heavy fundraising strategy. He also spent $27,000 through the end of July, with a disproportionate amount of his expenditures covering door-to-door campaigning activities.

Bush is a savvy politician, and his community knows him well. In January, the nonprofit Dr. Martin Luther King Jr. Parade and Festivities Committee selected him to serve as grand marshal of its 45th annual MLK Parade.

His selection was fitting. In addition to sitting on the MLK Parade’s advisory board alongside Miami-Dade Mayor Daniella Levine Cava, Miami Mayor Francis Suarez and Miami-Dade Commissioners Oliver Gilbert III and Kionne McGhee, Bush was once president of the Southern Christian Leadership Conference, the civil rights organization King founded one year after the 1956 Montgomery bus boycott.

Asked to rank which issues are most pressing in HD 109, he told the Miami Times there are too many. He cited seniors facing rent increases, single mothers in need of resources and children “picking up guns and killing each other because they don’t have opportunities.”