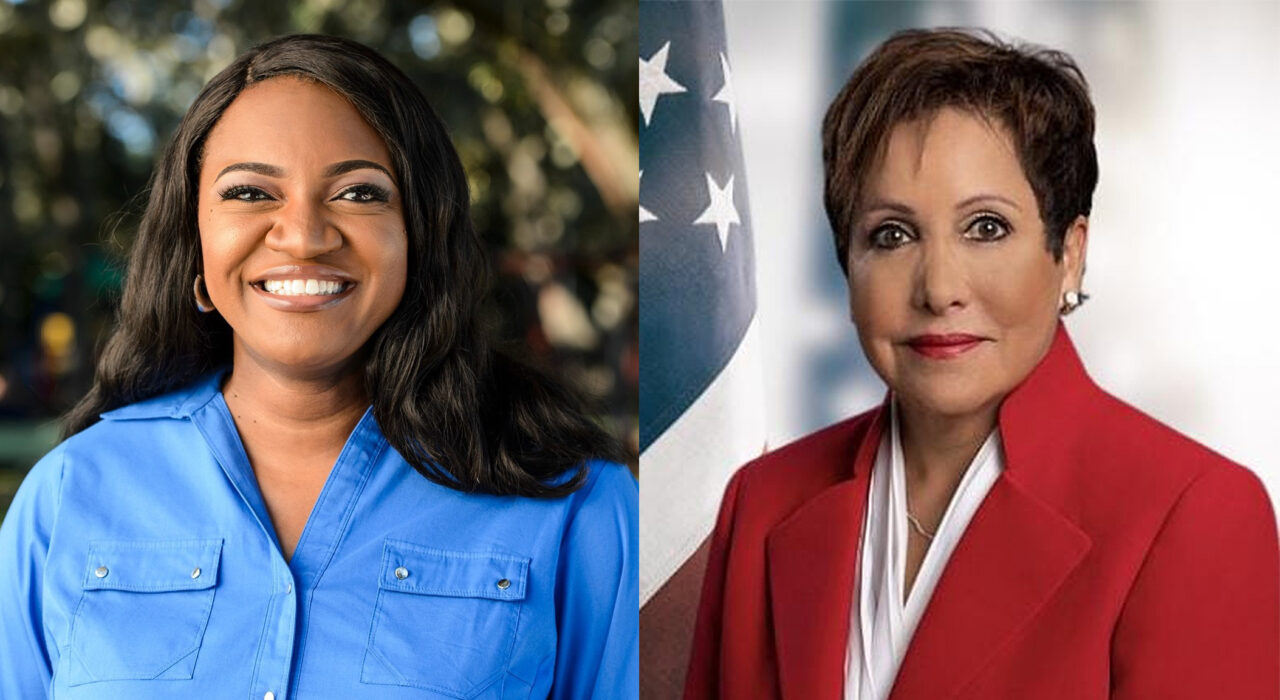 Driskell, a lawyer, will become the first Black woman to lead the Caucus.

Rep. Fentrice Driskell is set to become the next House Democratic Leader after winning re-election to House District 67 Tuesday night.

Driskell took the blue North Tampa seat with 53.89% of the vote, according to unofficial results from Hillsborough County’s Supervisor of Elections Office. Her opponent, Republican newcomer Lisette Bonano, took 46.11% of the vote. That’s with all precincts reporting.

In May, Driskell was unanimously elected to lead House Democrats for the 2022-24 term. Driskell, a lawyer, will become the first Black woman to lead the Caucus.

Driskell was first elected to the House in 2018, defeating then-incumbent Republican Shawn Harrison by 7 points. She has since held on to the seat with ease, running unopposed in 2020.

Bonano, an Army veteran who considers herself a “constitutional conservative,” filed to run against Driskell last November, launching her campaign to promote traditionally conservative platforms in hopes of unseating Driskell, a progressive Democrat.

Even though she got a head-start on the campaign trail, Bonano was ultimately unsuccessful in taking the district where Democrats outnumber Republicans by nearly 15,000 voters. According to L2 voter data, the district is composed of 40,559 Democrats (41% of the electorate), 25,620 Republicans (26%) and 32,979 nonpartisan or third-party voters (33%).

The northern Hillsborough County district, which was formerly House District 63, also showed its Democratic lean in 2020, where 59% of the district went to President Joe Biden, and only 39% voted for former President Donald Trump.

And that advantage was reflected in fundraising.

The incoming Democratic leader has amassed $504,835 between her campaign and affiliated political committee, How We All Win. Bonano, on the other hand, only collected $15,217 — including a $10,000 donation from the Florida Republican Party back in September.

Democrats were betting on a win for Driskell — after all, she is the third member to be named Democratic Leader-designate in the next Legislature.

Driskell stepped into the role amid a transitional period for House Democrats, less than six months away from what’s expected to be a difficult Election Day.

Democrats elected her in a vote called to replace Rep. Ramon Alexander, a Tallahassee Democrat who was in line to lead the caucus during the 2022-24 term until he scrapped his House re-election bid amid sexual harassment allegations. Alexander had been elected to replace St. Petersburg Rep. Ben Diamond, who dropped his House re-election bid to run for Congress before withdrawing his candidacy amid an unfavorable redistricting plan.

Over a year ago, Democrats elected Driskell as caucus leader for the 2024-26 term, giving her an opportunity to lead the House minority for four years.

Now, at least Democrats won’t have to worry about who will carry on the torch as they expect to experience crushing losses this election season.