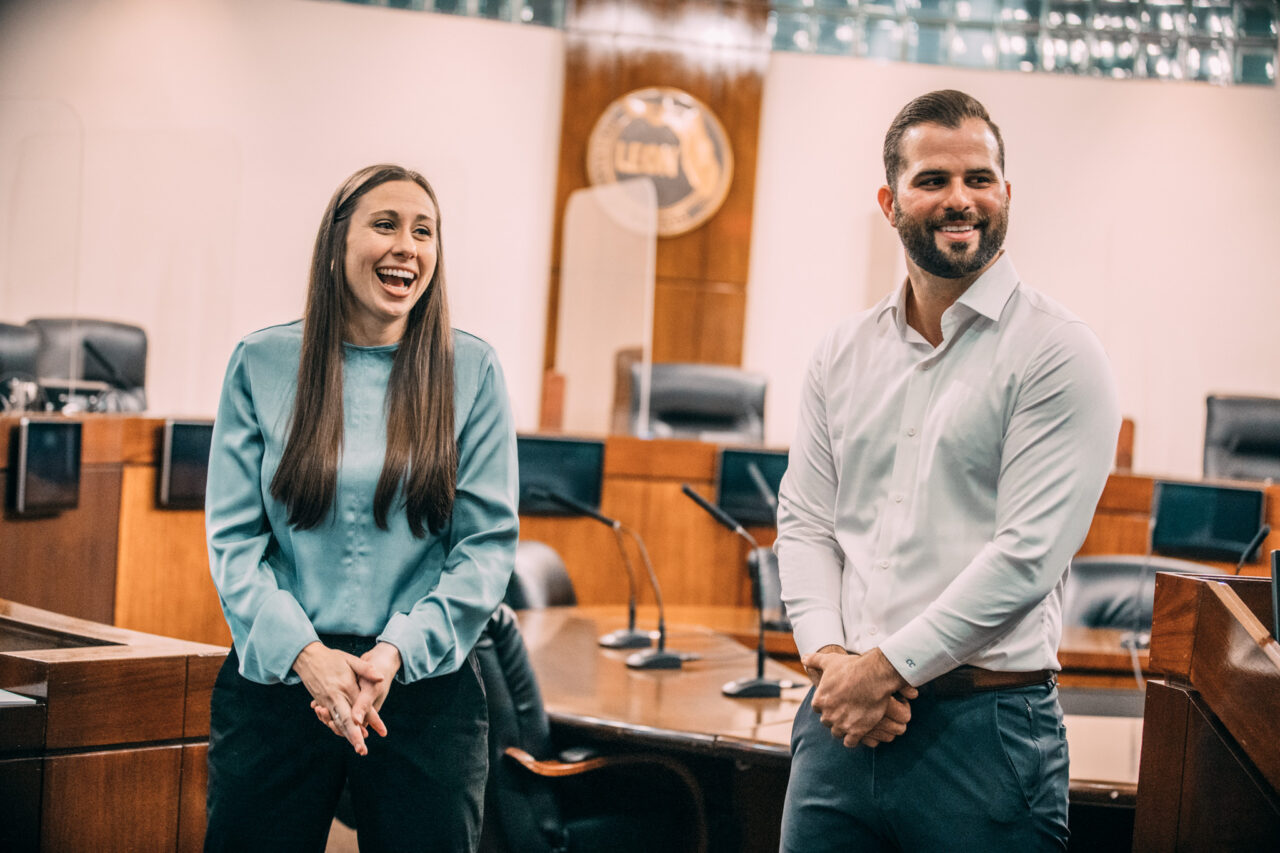 Caban is building his team in a way that links past with present and Tallahassee with Fort Braden.

One week after Leon County Commissioner Christian Caban was sworn in to succeed Jimbo Jackson, the late Commissioner’s blood is returning to the Commission Chambers.

Caban named Allison Richards as his top aide, returning a familiar face to the county government and the county’s District 2. Jackson, who died in May from the effects of long COVID, was Richards’ father.

Voters elected Caban this month to succeed Jackson, making Caban the first District 2 Commissioner not to hail from Fort Braden in decades. Now, he is building out his team in a way that links past with present and Tallahassee with Fort Braden.

Richards’ role will include coordinating constituent services, preparing Caban for meetings and reviewing policy issues before the Commission.

“When we were looking to hire for the aide position, we wanted someone that we felt understood the issues, that’s been where our folks in District 2 live, has knocked on doors, that’s in touch with our community and, most importantly, that knows the people,” Caban said.

Similarly to Caban, Richards doesn’t have prior government experience. She was a teacher at Gilchrist Elementary School until this year and holds bachelor’s and master’s degrees and a certificate in education, including special education. However, she is familiar with the community issues Jackson would bring home and discuss.

“My dad, his passion was District 2,” Richards said. “My family’s heart and soul is the Fort Braden community, and it’s such an honor to be able to be in the same places and spaces that he was and get to work alongside some of the people that you consider family. I feel really honored to have this opportunity.”

District 2 begins at the county’s western corner, spans its southwest quadrant up to Interstate 10 and ends after Doak Campbell Stadium. The district has long been centered on Fort Braden, a growing community along Lake Talquin.

Caban defeated Fort Braden resident Hannah Crow 54%-46% in a runoff election that, in part, became a contest between urban and rural. Caban, an entrepreneur who is part of the team redeveloping the Governor’s Inn, suggested hiring Richards helps keep all corners of District 2 represented on the Commission.

“They are used to having, over the last 30-plus years, a voice to advocate for them day-in and day-out. I think, what this really does, it expands our reach as far as understanding the issues in our community, and I trust that Allie will do a phenomenal job at relaying those issues and coming into our office, to the County Commission and making sure that there are folks in District 2 who are heard.”

But the technically nonpartisan race also emerged as one of the hardest fought races in the county. Crow, a Republican, questioned Caban’s recent registration shift from Republican to Democrat, and Caban, questioned Crow’s fitness for office.

Crow’s social media history from before her run for office included posts with COVID-19 misinformation, which became a point of contention given Jackson’s death.

Jackson, who was first elected to the County Commission in 2016 and was an educator and school principal, was well-known in Fort Braden and the Leon County community more broadly. Caban says he plans to continue his legacy and to work on issues he fought for, like road safety, infrastructure and creating better jobs.

Richards called it a weird feeling to return to the Commission chambers. She is a mother to two daughters, 18 months and 8 weeks, the youngest of which is named James after her father.

“I was standing over there looking at this very spot and he sat in for many years, and so it’s kind of a surreal feeling and brings back a lot of emotions,” she said. “But my dad served District 2, it was his passion, and I can’t wait to continue that work and continuing to serve this community in this capacity and on the team with Christian.”