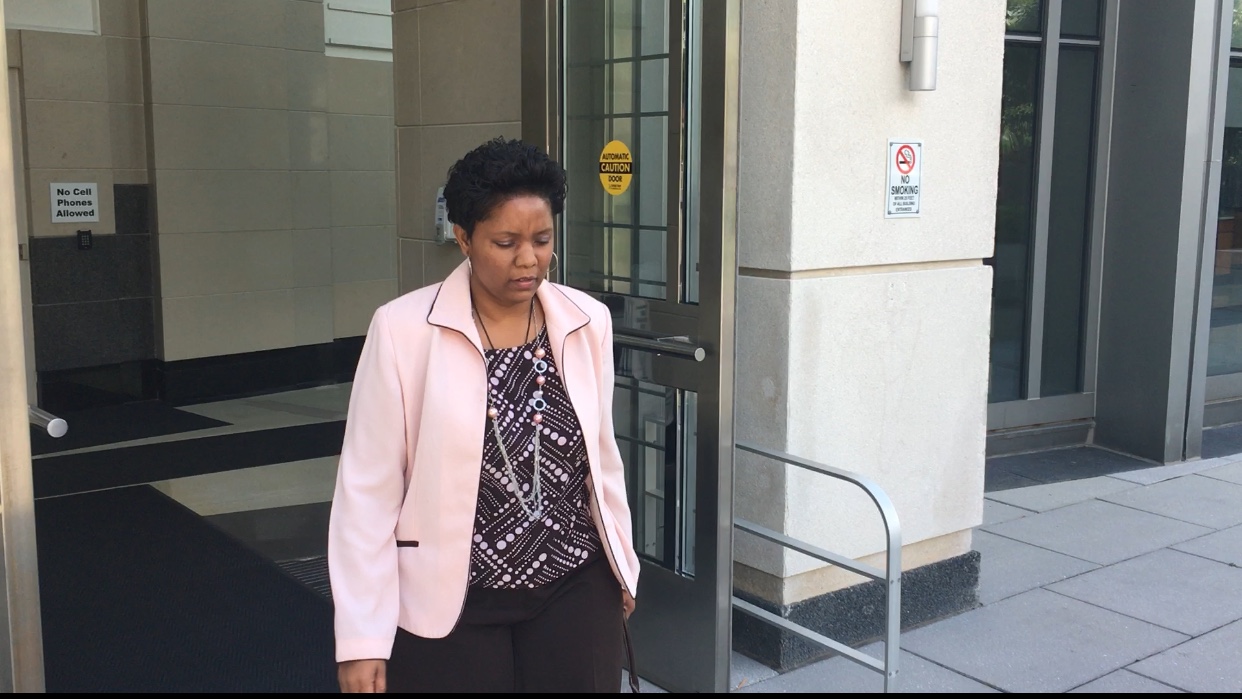 The cases of suspended Jacksonville City Council members Katrina Brown and Reggie Brown were back in federal court Tuesday afternoon for a status hearing ahead of what is now a February trial, though the defendants were no-shows.

The two Browns, who are unrelated, are accused of a 38-count conspiracy to defraud, say federal prosecutors. The pair is accused of extracting hundreds of thousands of dollars for personal use from a Small Business Administration-backed loan provided for Katrina Brown’s family’s barbecue sauce plant.

The total list of charges: 13 counts of wire fraud, another 13 of mail fraud, five counts of money laundering, and charges of attempted bank fraud for Ms. Brown and failure to file a 1040 from Mr. Brown.

U.S. Attorney A. Tysen Duva noted that the case has “every indication of being a trial case,” with Duva requesting a February trial date.

“If we set it off about six months,” Duva said, there would be a “realistic trial term.”

The longer time frame is required given 28,000 pages of discovery, all requiring the review of the defendants’ court-appointed attorneys.

The longer gap between the current hearing and the trial date, which was originally slated for September, will allow one or both co-defendants to consider their legal position over a length of time.

Reggie Brown’s attorney said that, while he is “anxious to clear his name,” he is prepared to waive his rights to a speedy trial.

The proposed new dates: a motions deadline would be set for Oct. 9, with a response deadline Oct 25, then status conference in November, with a plea deadline Dec. 24 and another status conference on Jan. 7 — the next time the defendants are required to be in court.

Duva expects to make the case in five trial days.

Attorney Duva noted that jury selection may take some days, given the notoriety of the defendants, citing a recent analogous fraud case, that of former U.S. Rep. Corrine Brown and her former chief-of-staff Elias “Ronnie” Simmons.

If that case offers any insights, the duo of Reggie Brown and Katrina Brown may yet separate.

It’s worth watching whether or not Mr. Brown files a motion to separate, as Simmons did a couple of months before striking a plea deal and cooperating with U.S. Attorneys.

Simmons struck a plea deal with the feds in February, pleading guilty on two counts, with his sentencing contingent on substantial cooperation with the feds.

As part of that cooperation, Simmons had to testify against his old boss.

Simmons’ attorney expected a plea deal well before proceedings began, given that federal indictments are rarely filed without the evidence required to convict.

So, while discovery will be worth watching this week and beyond, so too will whether or not the co-defendants maintain a united front.

In the case of Reggie Brown’s former seat on the City Council, yet more legal action is underway regarding when Terrance Freeman, the Republican who Gov. Rick Scott appointed to fill the vacancy, established residency.

The matter will come down to the judge deciding which of two days Freeman was actually appointed. And deciding that, even if Freeman wasn’t technically a resident, if a potential “cure” of a re-appointment wouldn’t satisfy requirements.

Plaintiff Brenda Priestly-Jackson, a Democrat, says Republican Freeman, who established residency in District 10 by renting rooms in a private home the day he was appointed (July 10), was circumventing residency requirements.

Freeman’s private attorney, as well as lawyers representing the city of Jacksonville and the state of Florida, contend that since Freeman was sworn in July 12, he had established residency before becoming a Council member.

Of course, if Reggie Brown were to plead out and resign, a special election would be required, because Freeman’s appointment was only intended to fill in for the absent Councilman.