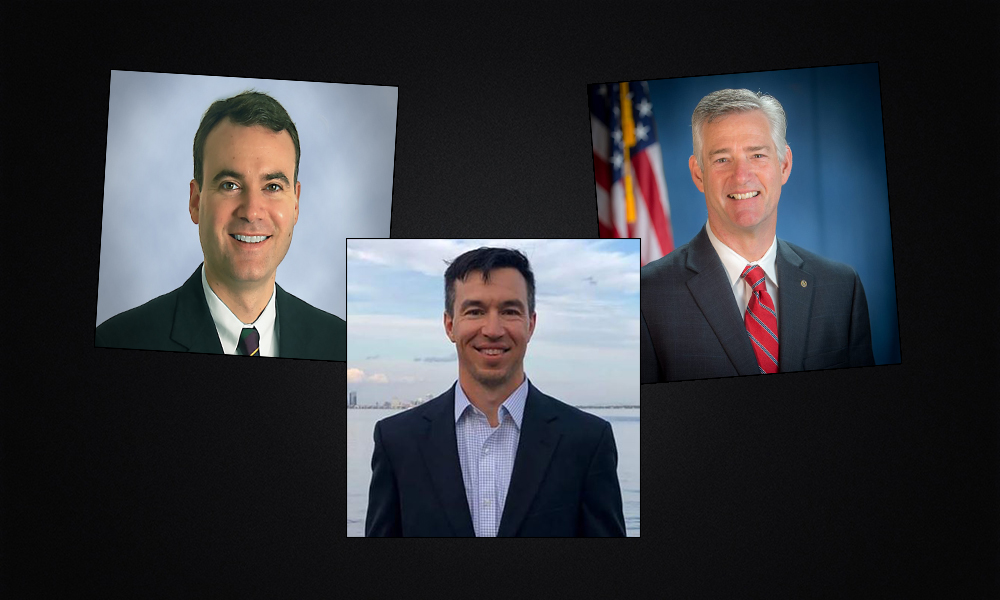 But with Early Voting wrapping up this weekend, the race has devolved into a series of recriminations and character assassinations, with two relatively underfunded candidates scoring some hits against the candidate backed by pillars of the Jacksonville Establishment ranging from the Mayor to the Chamber.

The discourse in this campaign has had a surprising frankness, with Duggan drawing fire for his ties to Jacksonville’s City Hall, with special focus on his career as a lobbyist.

“I am not perfect,” Zeigler wrote, regarding a “desperate, last minute political mailing letting you know just how imperfect I am.”

“This piece sent to you by a sleazy Central Florida dark money group run by a disgraced political operative seeks to paint me as something that I am not and makes several mischaracterizations, false statements and downright lies about me,” Zeigler asserted.

The mailer, from “Central Florida Republicans for Truth,” dinged Zeigler for being late paying his property taxes and having two tax liens on him. That latter claim, per Zeigler, is “a lie plain and simple.”

“After the global financial crash, the industry went through a significant contraction and I was left with no income and no prospects. At this time I was advised by an attorney that in order to get my affairs in order I should declare bankruptcy. I did this, paid my debts and found a career that led to my current business. No one was left holding the bag,” Zeigler said, before levying charges of his own about “this despicable Never Trump group from Central Florida attacking me.”

“It is really quite simple. Their chosen candidate, lobbyist Wyman Duggan, is losing and they can’t afford for that to happen,” Zeigler said, adding that 76 percent of Duggan’s campaign funds come from outside of the district.

Ziegler charges Duggan wants to “take away your right to vote for your Duval County School Board representative … wants professional politicians to stay in office longer so that they (he) can benefit from tax payer funded health care and pension programs … has been paid by a foreign company to guarantee that our JEA is sold.”

“And finally they do not want you to know that if elected to the office of State Representative, Mr. Duggan will have a statewide platform from which to market his services as a lobbyist to the Jacksonville City Council,” Zeigler asserts (charges echoed by mailers from Zeigler-friendly West Jax Conservatives United).

Duggan’s lobbying for Canada’s Emera in potential sale discussions of the utility has been noted on political committee mailers in this race, and those close to the Zeigler campaign believe the third party attack mailer to which Zeigler objects is because Duggan is losing the race.

Duggan’s campaign was not immediately available for comment Friday afternoon.

Public polling of this race has yet to surface. However, the attacks suggest the race is not decided.

The Duggan bet seems to be that district voters need reminding of that particular deviation from doctrine. Meanwhile, Hogan remarks that “my opponent has spent about as much money on negative and misleading mailers as we have on our whole campaign.”

The use of Central Florida Republicans for Truth is interesting, given the location of that committee and the fact that it didn’t report Northeast Florida money through Aug. 10, the last date for which campaign finance totals are available for the committee.

The fundraising reports for the period ending Aug. 23 were not available Friday afternoon, and chairman Jacob Milich couldn’t be reached by phone. 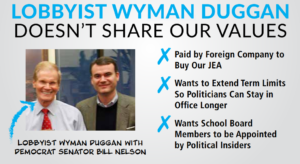 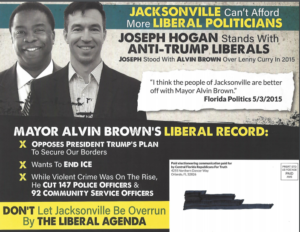 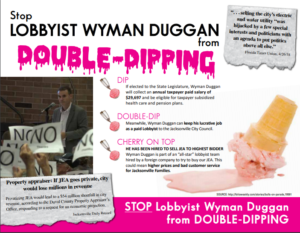