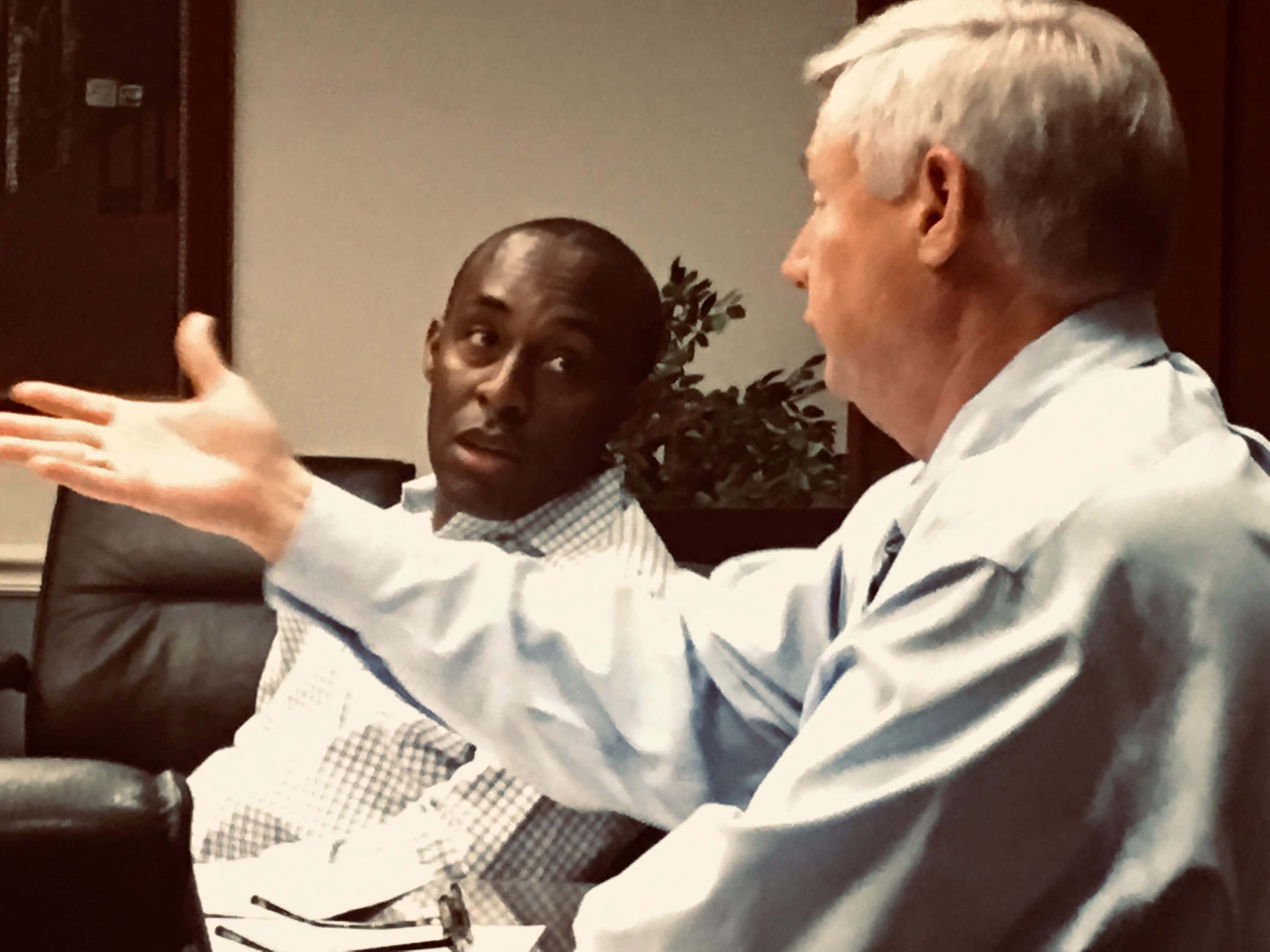 JEA's pension bill won't be passed on in a sale of the utility.

A public notice meeting on Thursday called by Republican Matt Carlucci addressed the question of JEA pension obligations should the utility sell.

Sealed bids will be in early October, and Council won’t know who is bidding until March (though FPL has indicated interest already).

A bill that obligated the city to pay them passed 16-3, with almost no one willing to buck JEA unions and assert Council prerogatives.

On Thursday, Carlucci attempted to get some traction with members of Council.

“There would be a $338 million unfunded liability transferred from JEA that would not be covered by the 1/2 cent sales tax,” Carlucci observed, suggesting encumbering that money from the proceeds of a future sale.

That pension reform legislation, passed earlier this decade, allows the city to extend the Better Jacksonville Plan half-cent sales tax from 2031 until 2060 to pay off unfunded pension liability on now-closed defined benefit plans.

The reamortization and extension of the sales tax allowed for near-term flexibility in budgets. But it was no magic bullet for the overall pension bill.

The sales tax, said city lawyer Kim Taylor, is valued at $1.4 billion; the total pension liability is $3.4 billion, which means that city at some point will have to pony up more money as the sales tax alone won’t cover it.

JEA’s total unfunded liability is $565 million, leaving $338 million the city would be on the hook for, Taylor added.

However, JEA’s liability was not, at least publicly, contemplated in that process.

The proposal was not universally lauded, with conversation moving back toward a larger question: whether the Invitation to Negotiate process itself is transparent.

Republican Randy DeFoor wondered if there was even a city obligation to take on this liability if the utility is sold.

Ron Salem, who shared political consultants with DeFoor in the campaign, said that was the case, as did another city lawyer. Salem’s concern is Council’s role in the process once bids are received.

He also sees undergrounding power lines and septic tank phaseout as good uses of proceeds, which are supposed to be over $3 billion.

Jordan Elsbury, representing Mayor Lenny Curry, said these were discussions for when proceeds were procured. The same holds for unfunded liability paydowns, he said. And another bill might be required even if something is passed here.

Beyond unfunded liability issues, comments reflected a general dissatisfaction with the process so far.

DeFoor described a lack of briefing of the Council on the bid process as “malpractice.”

“The process has put us in a position where it’s hard to have an open mind,” DeFoor said.

Democrat Garrett Dennis likewise believes he is being “misled.”

Dennis would like to see the utility brought back under control of the City Council, a body which appointed every single board member of JEA, often with minimal discussion or vetting.

Others raised concerns about whether Council liaison to JEA Danny Becton (or any one person) could handle being the point man relating information about the sale.

Curry has said a sale of the utility could make the city debt-free, though many are questioning his math.

JEA’s pensions, along with obligations mounting from the disastrous Plant Vogtle investment, would cut into that nest egg.

Carlucci called for Council to “assert” itself on this issue. Time will tell if that happens.

previousSunburn — The morning read of what’s hot in Florida politics — 9.26.19