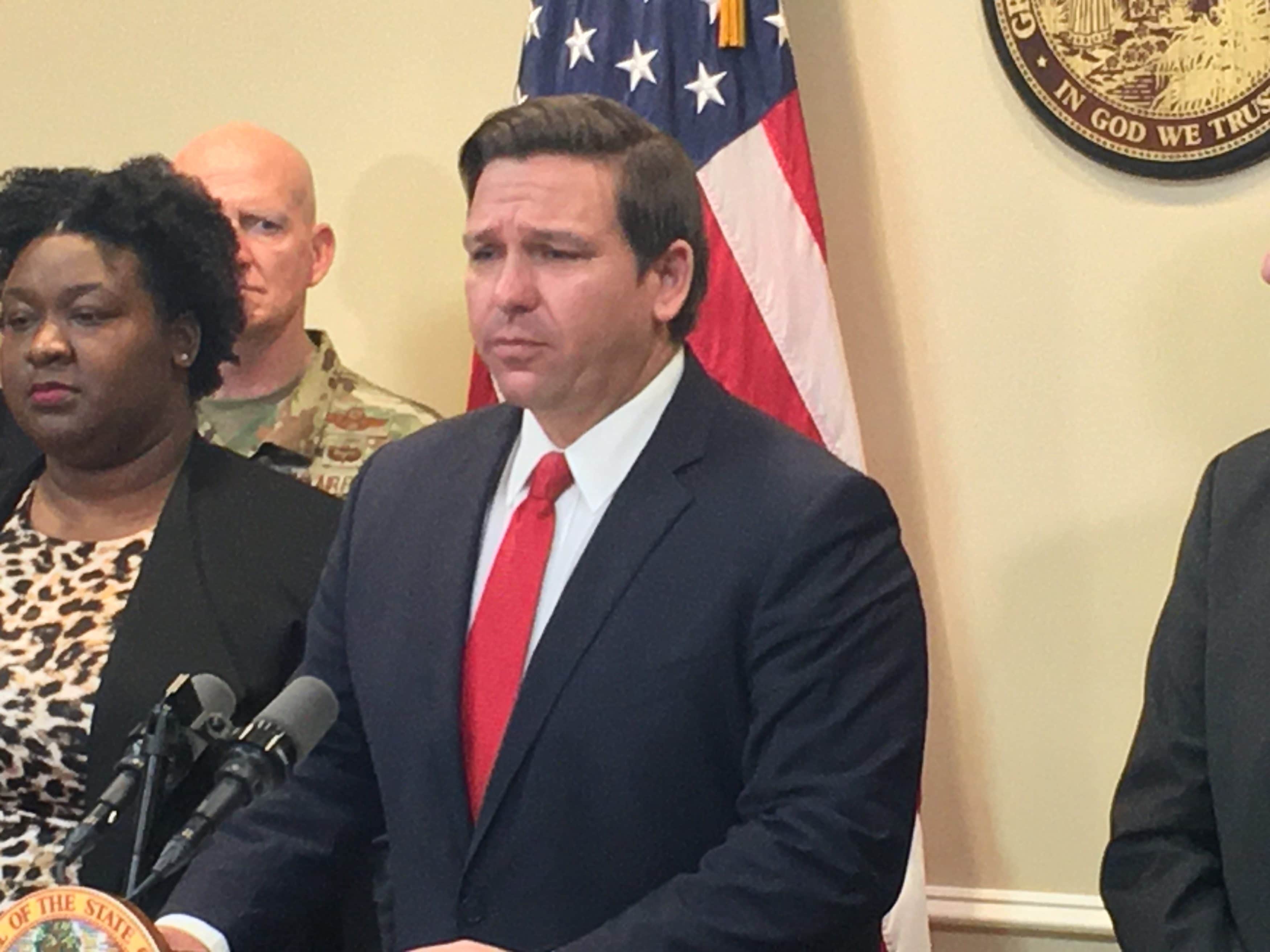 The elderly and chronically ill are most at risk.

Facing a growing public health crisis, Gov. Ron Desantis declared a state of emergency Monday to better marshal resources and get outside help against a new strain of coronavirus that has killed two people in his state.

In announcing the move, the Governor again appealed for calm.

At a news conference Monday afternoon at the Capitol, he urged Floridians to take common-sense precautions and stressed that normally healthy individuals remain at low risk of contracting the virus. He specifically cautioned the elderly and those with underlying health conditions not to go on cruise ships and long-haul flights and to avoid large gatherings.

Just hours before his remarks, the Florida House was cleared over fears that five legislators and one staffer had potentially been infected by the coronavirus. Members were briefly going to be tested, but the decision was reversed because the affected members were non-symptomatic.

The Governor had previously directed the Florida Division of Emergency Management to activate to level 2 to coordinate the state’s response to the coronavirus and COVID-19, the disease it causes, and provide critical support to the Florida Department of Health and county health departments in the wake of deaths. Additionally, the Surgeon General had already declared a public health emergency.

The Governor declared the state of emergency even as he and other state leaders stressed that, for many Floridians, the illness may not present an issue. This allows a “unified command structure,” allowing for outside help and the purchase of necessary provisions and supplies.

The most recent report from the Florida Department of Health shows 14 confirmed cases of the coronavirus in the state — 13 residents and one non-resident.

Three of them were in Broward, and DeSantis noted two of those cases are linked, not satisfying criteria for community spreading.

DeSantis also noted cruise ships present a “significant issue,” and he said he discussed them with Vice President Mike Pence, who is managing the White House coronavirus response. One ship, set to dock at Port Everglades, had to sail up and down the coast until two crew members were tested and determined not to have the coronavirus. A second ship was denied permission to dock on Monday until two crew members on it could be tested.

“This is a virus that, for the vast majority of individuals, will not lead to complications,” DeSantis said, with older people and those with underlying health conditions excepted.

“As you get older, you’re more at risk for serious complications,” DeSantis said. “A lot of people who might get this are not at risk.”

Those people can play a prevention role, including by using “soap and water.”

Testing is being ramped up, with private labs testing around the state in “two laboratories,” Surgeon General Scott Rivkees said.

As well, the Department of Health is looking to expand public lab testing. And extra scrutiny is being applied to nursing homes, which have been incubators for the disease elsewhere.

DeSantis urged those who think they may be sick to “stay home” as part of what Rivkees called a “containment” strategy, adding that he expected and hoped for businesses to offer paid sick leave.

“It’s going to require the private sector to be involved in addition to the government,” DeSantis said.

“Children, in many cases, weather it without any kinds of problems whatsoever. That’s the good news,” Corcoran said.

Just in case, the Florida Virtual School is ramping up with 15 new servers and is training an additional 10,000 teachers. The combined efforts are aimed at building capacity for 400,000 students if needed.

In addition to the issues posed by the disease, there are issues related to the budget, which is nearing completion.

House Speaker Jose Oliva said the state’s budget may need to be reconsidered in light of increasingly worrisome economic circumstances exacerbated by the coronavirus.

“We may be facing a very real challenge here,” Oliva said, urging a second look at the budget.

The House and Senate had agreed to $25 million in coronavirus funding; however, Senate President Bill Galvano notes that a $200 million cushion might be needed.

“The leaders understand this is something that we have to deal with, and it’s better to be prepared than have to be shortchanged,” DeSantis said.

DeSantis highlighted the request in his remarks, noting that the federal government was anticipated to chip in at least $27 million or “hopefully more.”

Oliva said that he had toldGalvano and Democratic Caucus Leader Rep. Kionne McGhee “to come together and make sure that before we put this budget in the books, make sure we’re doing everything we can to leave future legislatures with the power to overcome it.”

The comments come after a weekend where the House moved to the Senate position on a number of budget issues, including big-ticket items that were not enthusiasms of the House itself.

Florida Forever, the state’s land conservation program, was slated to be funded at $100 million according to the latest from conference committees. That was DeSantis’ ask.

Affordable housing is likewise slated for almost full funding at $370 million (as the Governor wanted), and VISIT FLORIDA is slated for a $50 million spend.

Oliva may want a second look. However, the Governor is confident that at the $25 million level, a ~$92 billion budget can absorb response.

“We can absolutely walk and chew gum at the same time,” DeSantis said.

previousTravis Cummings: 'Progress' on budget despite no meeting