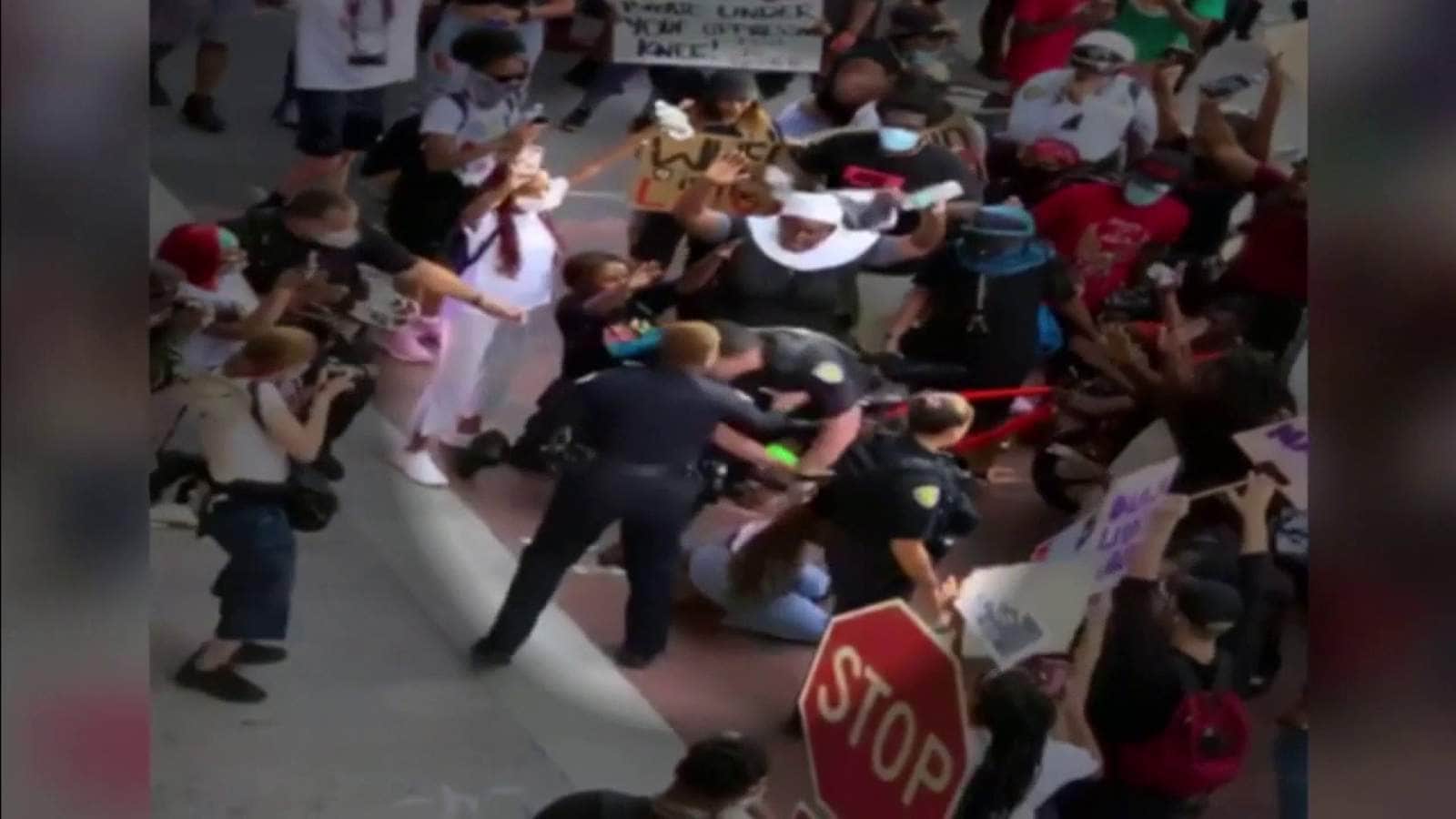 A Fort Lauderdale police officer accused of shoving a teenager protester has had more than 70 accusations of excessive force. Image via WPLG.

Fort Lauderdale Police Chief Rick Maglione is being removed from his position and reassigned within the department after several officers faced criticism for their handling of protests earlier this year.

“I have decided to make a change in leadership at the police department. I’m making this change after consulting with our elected leaders, who are supportive of my decision to begin a search for our next police chief,” Lagerbloom explained.

“To the men and women of the Fort Lauderdale Police Department, I want you to know the city stands with you. We are committed to due process and the officers’ bill of rights. To the public, you deserve a world-class police department. There are so many examples that exist of the great work our police department does in the community. Our commitment to public safety, public service and professionalism has never been stronger.”

Fort Lauderdale Police Officer Steven Pohorence was suspended after shoving a kneeling woman during a May demonstration. Pohorence is now facing misdemeanor charges over the incident.

Just last week, video from those same protests was released showing officers laughing after firing rubber bullets at protesters. The protests prompted a temporary curfew in the county in early June.

LaToya Ratlieff, who was hit by a rubber bullet while protesting, released a statement on Maglione’s reassignment.

“I commend the city for taking this important first step in the right direction,” Ratlieff said in a statement flagged by NBC6’s Phil Prazan. “Fort Lauderdale needs a Chief of Police who is committed to bringing about the change that is needed within the department.”

“She is a 30-year veteran of law enforcement and has already shared with me new ideas and a fresh perspective on moving the organizations forward,” Lagerbloom said.