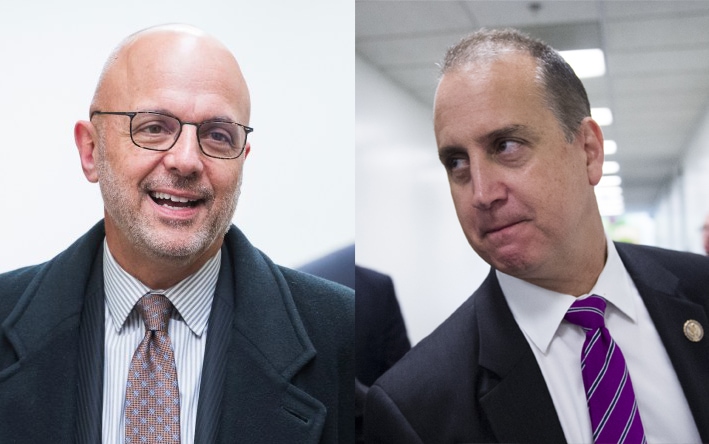 The two cautioned against America pulling back on foreign aid as other nations recover from the outbreak.

Reps. Ted Deutch and Mario Díaz-Balart argue America has plenty of work ahead, both at home and overseas, in the wake of the COVID-19 pandemic.

The country has been suffering from the outbreak’s effects since March, with infections repeatedly spiking in different regions and the recovering economy still far off its previous highs. While Deutch and Díaz-Balart recognize that impact domestically, they say America should continue its focus on providing aid overseas and preventing destabilization in other nations.

Liz Schrayer, president & CEO of the USGLC, hosted the talk. Deutch, a Democrat, serves as the Chairman for the Subcommittee on the Middle East, North Africa, and International Terrorism. Díaz-Balart, a Republican, sits on the House Appropriations Committee.

“Going forward, the one thing that is so critical is that we not lull ourselves into this sense that if we can just get through this, that we’ll be okay,” Deutch said of America’s response to the pandemic.

“There’s every reason to think that this won’t be the last one.”

The issue affected Díaz-Balart personally when he announced in March he had tested positive for the virus. Díaz-Balart has since recovered and donated his plasma to help others beat COVID-19.

“Having COVID is not a distinction I would have liked to have had, but fortunately I’m totally recovered,” Díaz-Balart said Monday. “I feel healthy and I’m one of the blessed ones.”

The Congressman spoke about what those in charge of the House’s purse strings can do going forward to help the country prepare for future outbreaks in advance. Díaz-Balart said one problem in the past was a lack of focus on pandemics in general.

“Part of it is that we just chase the shiny object du jour, whatever the issue may be,” Díaz-Balart said.

“I don’t want to get into what those are. But I always hear about certain issues that are in the press that you hear a lot about which may be 30, 40, 50 years out, and we haven’t focused — and we don’t focus, usually — on things that are a little bit more real.”

He did point out some work the Appropriations Committee had done during his tenure, but conceded those efforts fell short.

“In the appropriations process, we started a few years ago looking at trying to get ready. We created two pots of money — one under state foreign ops and one under [Health and Human Services] — to have funding available for something like this, just always fearing that it could happen,” Díaz-Balart explained.

“But obviously we could have never foreseen the size and the scope of this pandemic, and I feel that it won’t be the last one of its type.”

Schrayer cited data from the Centers for Disease Control and Prevention showing the preparation problem is a worldwide one.

“The truth is we’re still not ready,” she argued. “One statistic from the CDC is that 70% of the world remains unprepared to detect [and] respond to a pandemic.”

Even though the lawmakers agreed America has a long road ahead, they cautioned against looking only inward as the rest of the world struggles to recover from the outbreak as well.

“We know that terrorist groups feed on instability. That is, we know that a pandemic causes more instability certainly than anything we could’ve imagined. It causes economic collapse and it sets us down a path that literally will take years for us to recover.”

He argued weak governments aren’t able to fully provide services to help individuals get through the pandemic. That reality can allow terrorist groups to step in and take advantage, Deutch said.

“As much as we’re suffering here at home, we just can’t afford to turn away from these other countries,” Deutch added.

“Whether it’s Lebanon or Syria or Yemen or so many places around that world that are humanitarian challenges — if not outright disasters — it is these kinds of investments that help not only meet basic needs, but help prevent the spread of terrorism.”

Díaz-Balart agreed with terrorism threat, but noted rival nations can take advantage of a gap in American leadership as well.

“It’s not like if we pull back, everybody else does the same thing,” Díaz-Balart said.

“Not only do you have terrorist groups, as Ted mentioned — and you do — but you also have some state actors that are always looking to fill that void. Whether it’s China or Russia or Iran, they’re constantly probing to try to see where they can get in, where they can try to just put in a foothold, put in their tentacles. And they do that around the entire world, including in this hemisphere.”

Díaz-Balart said policy makers should help weak states survive and ensure “that we’re the ones that they look to and not Russia, not China, not Iran.”

President Donald Trump is still being treated after he was infected by COVID-19. That infection has now spread to U.S. Senators, several of the President’s allies and members of the White House staff. That’s led to some worry foreign actors could take advantage of the President’s condition. The administration has warned against such a move.