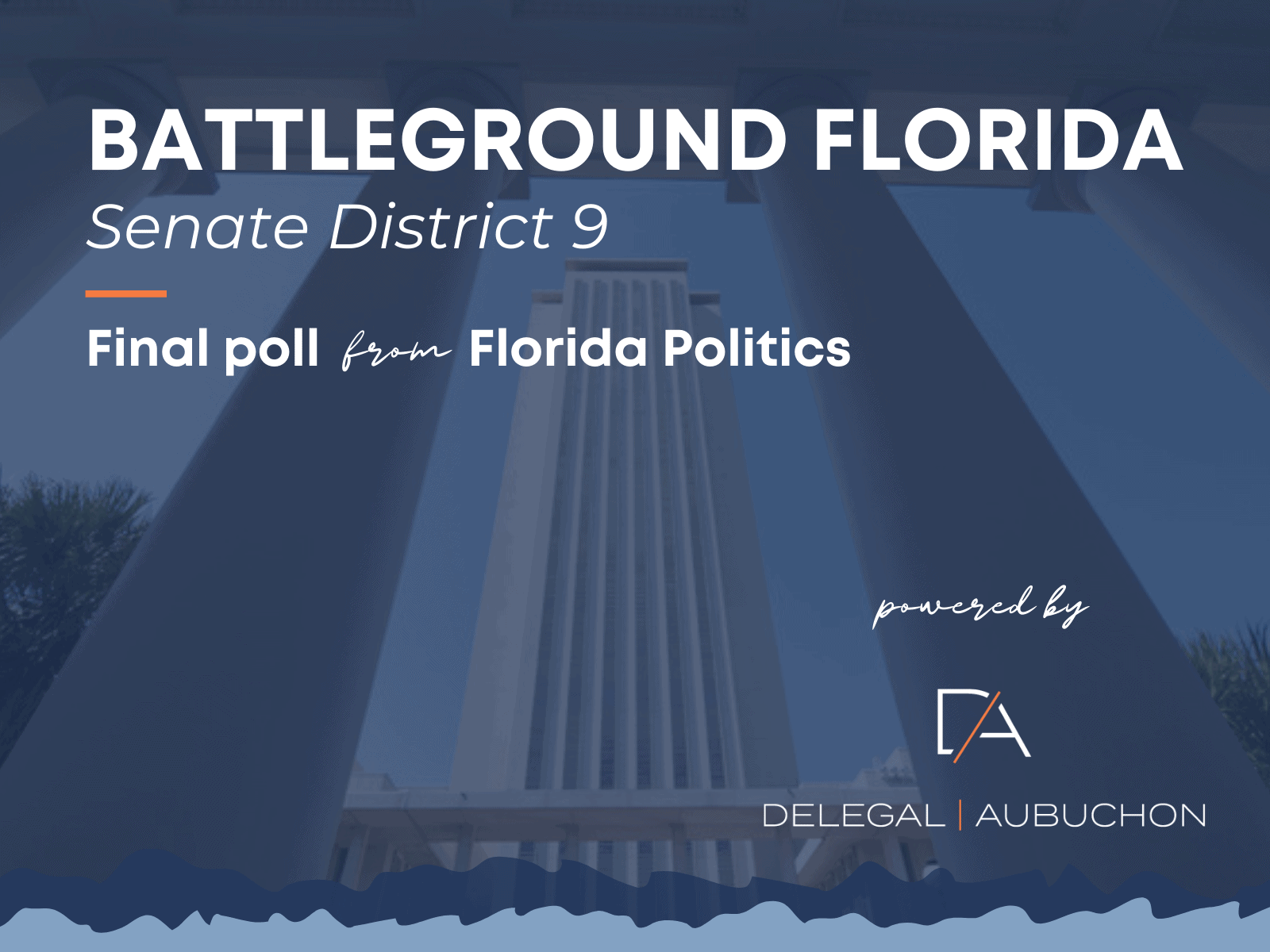 It's one of several districts where Democrats are over-performing.

Democrat Patricia Sigman may be on her way to grabbing the open seat long held by Republicans in the Seminole County-based Senate District 9, fresh polling shows.

The poll is one of several released by St. Pete Polls Monday suggesting that legislative battleground districts all around Florida may be breaking Democrats’ way, and in big ways.

In all of those districts, and in SD 9, President Donald Trump is losing by even more than the Republican legislative candidates, suggesting an undertow effect. Also, Gov. Ron DeSantis is suffering from significant disfavor.

In SD 9, which covers all of Seminole County and parts of southern Volusia County, Republicans hold about a 2-point advantage in voter registration.

SD 9 may be a poster district for trends seen among voters in suburban communities, moving toward Democrats and particularly moving away from Trump. Republicans have held the seat for generations. Brodeur, president of the Seminole County Regional Chamber of Commerce, announced in early 2017 he would run for it once Republican Sen. David Simmons was term-limited out this year. He quickly amassed an intimidating campaign fund, swept up traditional Republican backing that always has been critical in Seminole County, and was seen as hard to beat.

That was until late last year when Democrats recruited Sigman, a labor and employment lawyer from Altamonte Springs, who’d made a name for herself as an advocate for employees’ rights and other Democratic causes.

Democrats have poured money into Sigman’s campaign. Republicans also have invested heavily in Brodeur. The contest has become an expensive, highly contested race.

“From day one, Patricia Sigman has campaigned on her positive message of putting the people over the powerful in Tallahassee,” Anders Croy, communications director for the Democrats’ Senate Victory, said in a written statement. “This poll reflects what we’ve been hearing from voters who are fed up with shady backroom deal making and want elected leaders who will put their needs first. We’ll continue to share that message through Election Day to ensure that we are welcoming Patricia Sigman to the Senate this November.”

Replied Erin Isaac, spokeswoman for Brodeur’s campaign: “The only poll that matters is the one taken on Election Day.”

The St. Pete Polls survey was conducted Saturday and Sunday by automated phone calls to 490 likely voters. It has a margin of error of about 4%.

The two are tied among voters ages 30 or younger, while Sigman leads among all age brackets older than 30.

The poll finds Sigman far more popular among Democrats than Brodeur is among Republicans, something that might also reflect a split in the Seminole County Republican Party, along a fault line between development and nature.