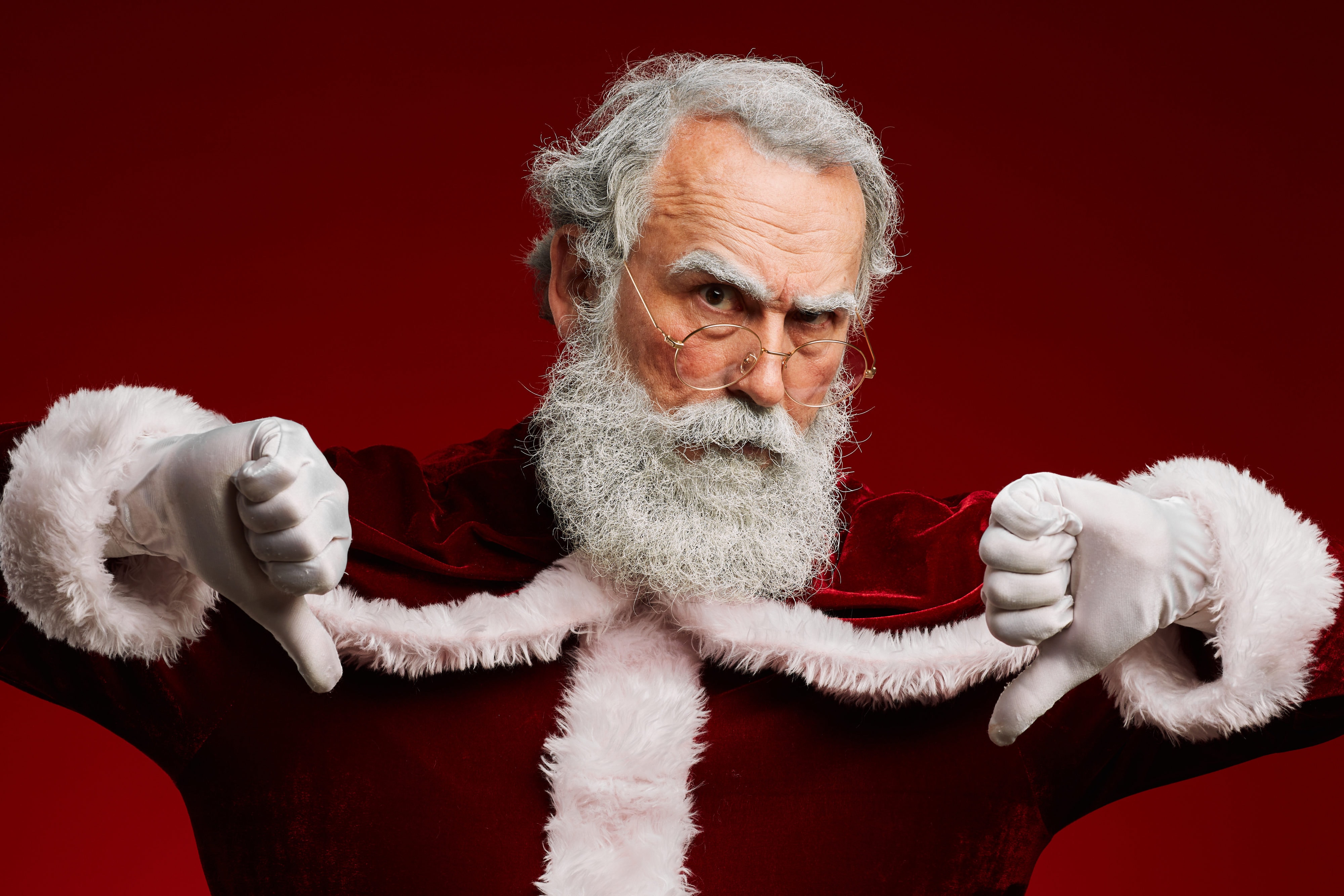 Onions for DeSantis? A trip back in time for a redo? Here's what Santa should consider.

A bushel of onions.

Yes, he could utilize a heap of onions in many a savory dish. But they have the added benefit of drawing a tear from the otherwise stoic Governor who can’t seem to muster even the slightest bit of empathy for the some 20,000 dead Floridians. Slice away, Governor, and let’s see those tears finally flow!

Literally anything she wants.

On the naughty spectrum, Florida’s First Lady is on the lowest of the low end of the spectrum. Her work on mental health, especially during the pandemic, has been needed and appreciated. Not to mention that when her husband does something good, she’s probably the brains behind the operation. What’ll you have, Mrs. DeSantis?

A subscription to Upright.

The company provides a series of products to help individuals train themselves to maintain good posture. But Rubio needs a step above that — an Upright Coach subscription to help him straighten out his feckless, Trump-defending spine.

Anything made in China.

What do you get the man who can buy everything for himself? Considering his level of naughty this year (looking at you, baseless election fraud claims) it seems appropriate for Santa to do a little trolling this year and, instead of the iconic lump of coal, get Scott roiling with a trinket from China. We all know China has been Scott’s go-to this year and he’s really not a fan. As he leads the GOP U.S. Senate campaign arm, perhaps a snow globe would look nice on his desk.

A tin can and string line to the Governor’s office and perhaps a subscription to Sign Up Genius.

It’s no secret Florida’s Agriculture Commissioner, the only statewide elected Democrat, is Gov. DeSantis’ enemy No. 1. As such, she can’t get much from the Governor’s Office, not even the benefit of returned communication. Just this month, DeSantis’ snubbed Fried’s office by declining the annual Christmas tree presentation. Considering a chain of unanswered emails and overall radio silence from DeSantis’ office, an archaic line of communication paired with a modern tool to get people to do stuff might be just what Fried’s Christmas list is lacking this year.

That would be the iconic, time-traveling ride from Back to the Future. Considering Moody signed onto an amicus brief supporting a Texas lawsuit seeking to overturn the 2020 presidential election results, which was based on a series of outlandish and unfounded claims of voter fraud, Moody could sure use a trip with Marty McFly back in time to undo that atrocious decision.

Santa, maybe while you’re at it you could stuff some continuing learning credits on constitutional law in her stocking. Seems like she needs the brush up.

Christmas came early for Patronis when speculation took offaboutSen. Lauren Book that she would run against him in 2022. Drawing a challenger might not seem like a very welcomed Christmas gift, but that speculation allows Patronis to start hitting the campaign trail early. Now he has something to tell donors to scare them into ponying up the dough ahead schedule.

A Tervis tumbler emblazoned with the number 24 on it.

That’s the number of Republican Senators in the 40-member upper chamber, a number that gives Simpson a clear majority to do his bidding. Santa, make sure it’s one of the large tumblers so it’s big enough to catch all of Gary Farmer‘s tears. After all, he had been hoping Democrats would win back some seats, which could have put the gavel in his hands.

Santa is still waiting on an answer from Mat Bahl about this one.

A warm coat and a first-class ticket to D.C.

Moskowitz is a contender for FEMA Director in the Joe Biden White House and though he’s tempered his comments on the subject, there’s no doubt Moskowitz would LOVE the job. But maybe throw in some show tickets for while he’s in town though because there is virtually no chance Moskowitz will land the job. After all, appointing him to the nation’s top emergency management post would eviscerate Democrats’ ongoing battle cries that DeSantis royally mucked up Florida’s pandemic response.

A year’s worth of red meat from DeBragga Farms.

While all Gruters really wants for Christmas this year is DeSantis’ endorsement, he might be better served by a pile of red meat. He’ll need it to keep his base happy after he’s reelected party chair (with or without DeSantis’ nod.) After all, there’s only so much pro-life and anti-immigration bills to float to keep them coming back for more.

Sure, it’s a year early, but Florida Democrats need to think ahead so they know when the election is next time around. They took a drubbing this year largely because they failed to counter the GOP narrative that they were all either socialists or stuck in bed with socialists interests. Go ahead and circle those dates now, Donkeys, because that narrative ain’t goin’ away.

A generous gift certificate to a D.C. proctologist so he can find a new ass in which to lodge his head.

We get it, you REALLY like President Donald Trump. But face it Rep., your boy is toast and, come 2021, you’re going to have to find a new butt to kiss, or get lost in all together.

A freeze on billable hours.

Sure, Gillum’s committee has single-handedly helped a few law firms from needing a PPP loan, but that’s not exactly what donors had in mind when they cut checks to Forward Florida. The committee — which couldn’t be bothered to spend money on Gillum’s gubernatorial campaign — has spent more than $666,000 on lawyers in 2020. Just stop.

Residency in Pennsylvania. The former Congressman would have a better shot of running and winning there, where his vacation home is, than in Florida.

A 7,000 piece Lego set of the Florida Governor’s Office along with a to-scale Richard Corcoran action figure — this way when Corc plays Governor it can feel more real.

A political party in which a moderate white male can win a nomination.

His constituent service is top-notch. He’s good at reaching across the aisle. Best of all, he helped rid the Senate of Daphne Campbell. A decade ago, that kind of record would’ve make him a top-tier contender in a Democratic primary for Governor. Not anymore. Hmm, he’d have to sit on the center console, but maybe he can catch a ride in Moody’s DeLorean?

A job that keeps him in Clay County and out of Tallahassee — oh, wait, that was on Sen. Jen Bradley‘s list to Santa.

A comfy chair from restoration hardware.

… because he’s not going to get a chair while he’s in the Legislature.

A segment on the Late Show.

Maybe Steven Colbert can bring the Figure-It-Out-a-Tron out of retirement so she can explain some of her conspiracy theories. Plus, she’ll probably stop @ing him after it airs. If so, Santa would actually be giving Colbert — and those of us who despise cringe — a merry Christmas, too.

This lawyer turned COVID-19 beach closure activist has logged a lot of miles on his current Grim Reaper costume, used to stroll Florida beaches with the message the state was failing to curb the virus’ spread by not closing beaches. Given Florida’s heat, his current garb is probably pretty rank.