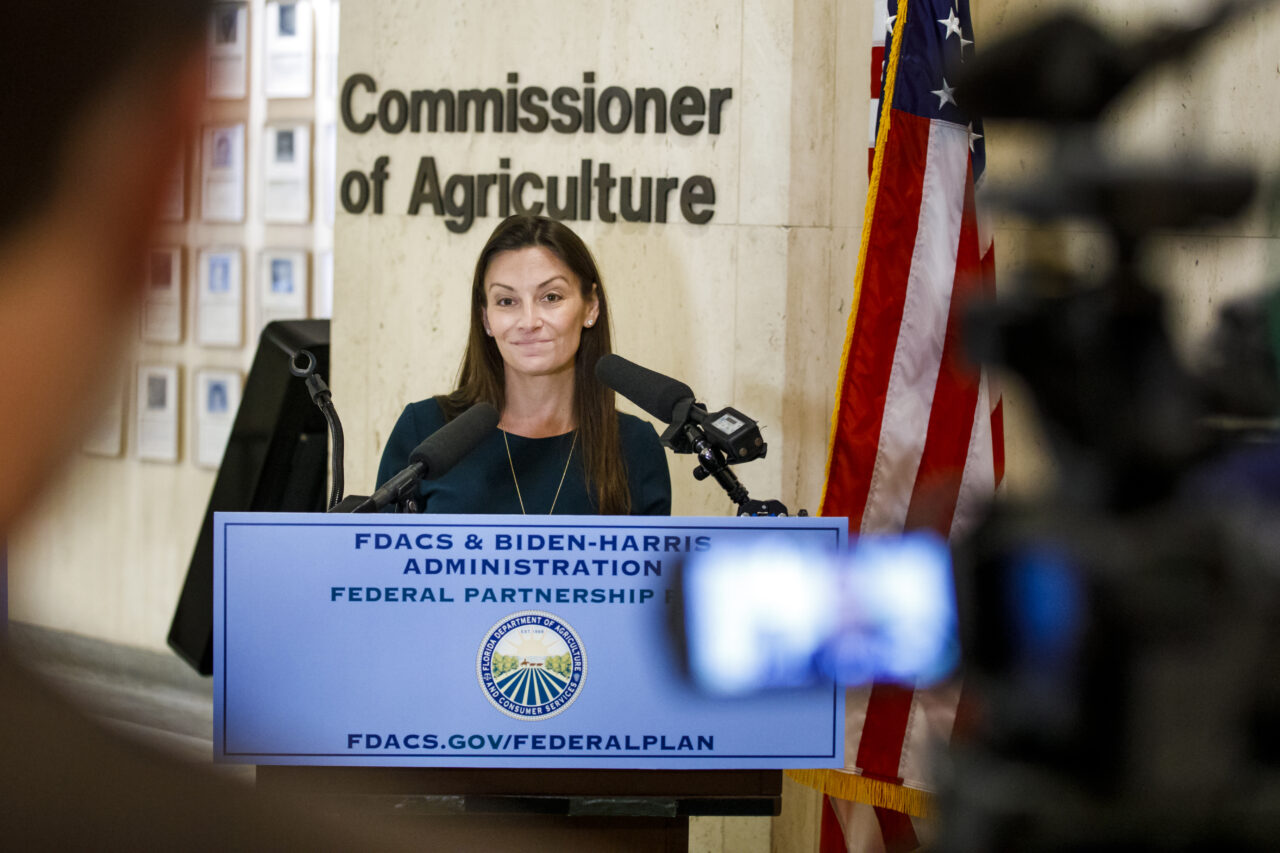 The allegation centers around an early Thursday press conference in front of her official office.

The allegation comes after Fried, a rumored gubernational contender, lambasted DeSantis at a press conference outside her Capitol office early Thursday.

There, she criticized DeSantis’ acclaimed election reform bill and referred to the Republican Governor as an “authoritarian dictator.”

“Nikki Fried hasn’t even officially announced her campaign for Governor, and she’s already facing accusations of failing to do her day job,” said RGA spokesperson Joanna Rodriguez. “But Fried’s desperation doesn’t excuse her blatant and inappropriate use of her official taxpayer-funded resources for soft launch campaign events focused entirely on spreading partisan misinformation and lies.”

The RGA notes that Fried announced the press conference on her campaign Twitter account. Moreover, they highlight the event was held outside her official office and was facilitated by “tax-payer funded staff.”

Fried’s office didn’t respond to a request for comment.

While Fried has repeatedly shrugged questions about her entry as a gubernatorial contender, prognosticators expect she will indeed run against DeSantis.

Crist, a former Florida Governor, is the first major Democratic candidate in the race. The bid will mark his third run for the office.

He served in the office from 2007 to 2011 as a Republican, and ran an unsuccessful Democratic campaign in 2014, in which he lost against now-U.S. Sen. Rick Scott.

As a leading congressional critic of former President Donald Trump, she was a key player in his first impeachment, first in committee hearings, then as a House impeachment manager.

As a former Orlando Police Chief, she has drawn attention as an insider’s advocate of law enforcement reform.

Last summer she was widely discussed as a potential running mate to now-President Joe Biden.

previousNo Casinos: We could talk Seminole Compact expansion if online gambling were dropped