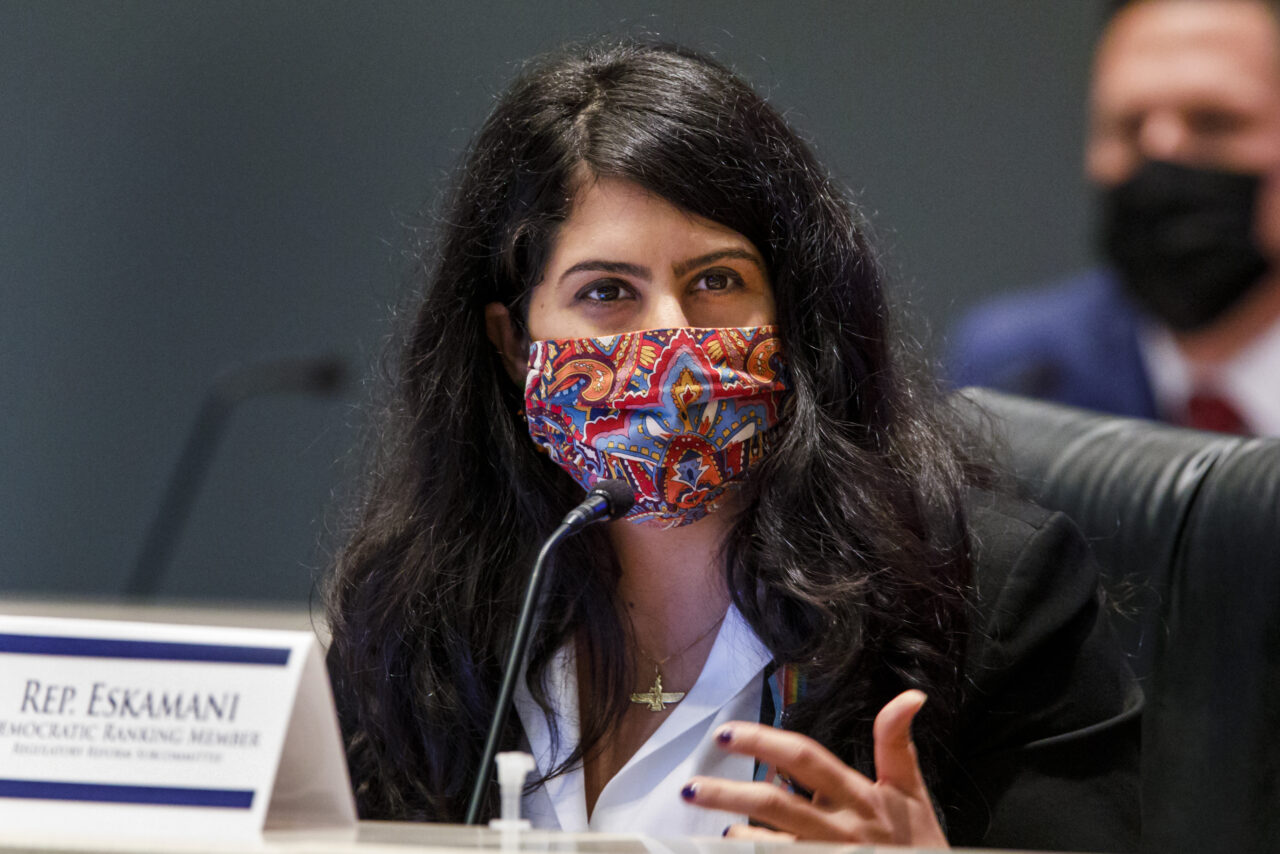 Despite their best efforts as the minority party, Democrats suffered resounding policy losses in the recently completed Session. The GOP successfully passed the vast majority of its priorities, including bills on several hot button issues.

Many of those were priorities Gov. Ron DeSantis named, including the anti-riot bill (HB 1) and a law increasing election security measures (SB 90), which Democrats have likened to voter suppression and “Jim Crow 2.0.” Another bans transgender women and girls from playing on women’s and girls’ spots teams (SB 1028).

Some Democrats have called the measures a series of “red meat” bills to bolster support for DeSantis, who will be running for reelection next year and is considered a top contender for the 2024 Republican presidential nomination. Eskamani, speaking on Zoom in a legislative debrief with constituents, made characterizations comparing the major issues to a form of political theater.

Democrats contended the elections bill was the product of former President Donald Trump‘s “big lie” that the 2020 election was stolen from him. However, Republicans called them preventive measures to curb fraud.

Some of the law’s provisions increase protections around ballot drop boxes, expand the no-solicitation zone around polling places and require people wishing to vote by mail to request that mail ballot once every election cycle rather than once every two years.

For the first time in Florida, Democrats used vote-by-mail more than Republicans. The Orlando Democrat called the bill the GOP’s attempt to maintain the status quo in Florida and keep themselves in power.

“Despite the fact that they won in 2020, we did see a huge increase of Democrats voting by mail, and I’m sure that these efforts are designed to slow down the efforts of those same Democrats from voting again,” Eskamani said.

DeSantis unveiled his vision for an anti-riot bill at the end of last summer following nationwide Black Lives Matter protests after the murder of George Floyd in Minneapolis. The bill creates penalties for “mob intimidation” in a gathering of two or more people and riots in a gathering of three or more violent protesters, among other new rules.

Democrats argue the new law, which is being challenged in the courts, violates free speech and public assembly rights. Some activists fear peaceful protesters could be arrested for actions police could view as a violation of that law.

However, Eskamani told attendees that their First Amendment rights remain intact but should balance them with personal safety.

The transgender athletes’ bill played out dramatically in the closing week of the Session as lawmakers resurrected it. Eskamani called it a personal agenda for some but “politically advantageous” and a fundraising opportunity for those who voted in favor of it.

Eskamani criticized other measures Republicans successfully passed but acknowledged some wins for the minority. Democratic ideas like creating an accountability office within the Department of Economic Opportunity made it into the final bill (HB 1463). The Black Legislative Caucus successfully negotiated some police training measures into a policing bill.

And Democrats’ challenges aren’t finished. After next week’s Special Session on gaming, the Legislature will soon take on redistricting, including adding another congressional seat likely in Central Florida.

“All eyes are on Florida for Congress to take back a Republican majority, so it just makes the state of Florida even more important at a national scale,” Eskamani said.