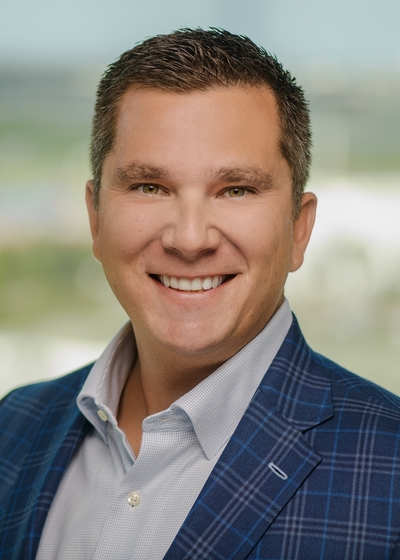 Gerdes is trying to turn District 1 into a family legacy.

Gerdes, the son of former District 1 representative Charlie Gerdes, is running to replace Robert Blackmon who is leaving office to run for Mayor.

“I’ve had lots of conversations with civic, political, and business leaders around the city over the past few weeks. Their encouragement helped me come to this decision and I’m humbled by their offer of support,” Gerdes said. “I was born and raised here in St Petersburg. I’ve seen the transformation and progress we’ve made. My priority is to grow smart and ensure the benefits of that growth are felt by residents all over St Petersburg — and I know we can do it while maintaining the unique charm and character of our city.”

The elder Gerdes served the district from 2012 until 2020. In his first election, Charlie Gerdes won a three-way Primary with 52% of the vote and went on to win the citywide General Election by double digits. In 2015, he was reelected with 64% of the vote. Copley acknowledged his father’s service in his announcement, but made clear he has his own take on the city and its future.

“I’m very proud of my father’s service to our city. I hope someday my children will be as proud of what I’ve done to improve our community as well,” Gerdes said. “Even in the two years since my father left office, we’ve been confronted by new challenges like COVID and the resulting economic downturn. I’m running to bring St. Pete together to take on these challenges so we come out of this recovery stronger and united. We can do good in local government when we work together.”

Gerdes, a Democrat, enters the race with support from incumbent Mayor Rick Kriseman.

“I have represented the residents of District 1 on the St. Petersburg City Council, in the Florida Legislature, and as Mayor, and I know that Copley Gerdes is exactly the kind of thoughtful, experienced, community-minded leader we need there,” Kriseman said. “District 1 and our entire city would be very fortunate to have him advocating for us. That’s why I’m endorsing Copley and I encourage all voters to get to know him and his priorities for our city.”

Currently, two candidates have filed for the race, a Special Election to be held alongside the city’s regular elections for Mayor and even-numbered council districts.

Though the race is technically nonpartisan, City Council contests often turn into partisan matchups. Filed candidates so far include John Hornbeck, a Democrat who ran unsuccessfully for the seat against Blackmon two years ago, and Ed Carlson, a Republican who founded the anti-complete streets group Citizens Against Lane Loss.

Sources familiar with Gerdes’ decision to run say Democrats they have spoken with aren’t thrilled with Hornbeck and Republicans are looking for an option other than Carlson. Both groups expressed interest in Gerdes’ bid.

Gerdes is a financial planner who works on the foundation of a love of “family,” a word that, to him, encapsulates more than just biological kin, including friends and clients.

He currently serves on the board for the Police Athletic League, where he frequently works with individuals on both sides of the aisle.

There could be a clear path to victory for Gerdes. Hornbeck’s 2019 campaign was, by and large, a failure. After running a campaign that failed to get organized, he lost by a wide margin, had financial reporting problems, and saw a previous consultant accuse the candidate of being a “petulant child.”

Carson, meanwhile, is likely to face criticism for his involvement with the Citizens Against Lane Loss group. While it gained some traction during debates about projects along the M.L. King Jr. Street corridor and a bus rapid transit line connecting downtown St. Pete to the beaches, many saw it as a fringe group created with a likeness to No Tax for Tracks, a mostly Tea Party group that organizes to oppose transit tax proposals.

District 1 is one of just two City Council seats with a Republican voter registration advantage. But unlike District 3, which has a more than a 1,000-voter advantage for the GOP, Republicans in District 1 outnumber Democrats by just 300 voters, with 8,498 Republicans to 8,198 Democrats. With another 6,168 no-party-affiliated voters, the district is a true purple.

Gerdes will enjoy high name recognition thanks to his dad’s service. If he can peel off Republican voters from Carson, and Democrats from Hornbeck, he stands a decent chance at collecting more than half the votes in the Aug. 24 Primary, and if not, a better than good chance of making the top-two and heading to the General Election runoff Nov. 2.