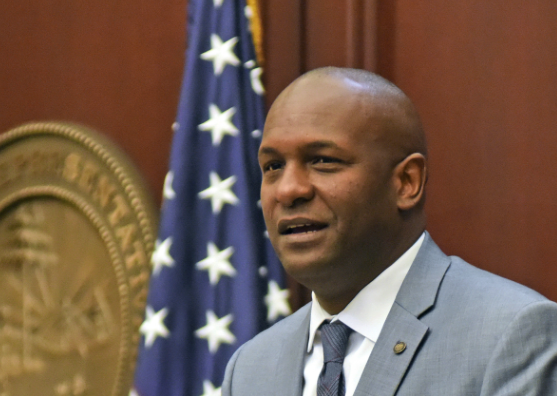 Dubose is the first in the race to be endorsed by a sitting member of Congress.

DuBose is a co-leader of the minority party in the House and part of a crowded field of candidates in the race for Florida’s 20th Congressional District. The Special Election is set for Jan. 11.

“The support we’ve received in the past six weeks has been incredible,” DuBose said in a statement. “We are proving leadership in action by meeting people where they are and building trust. CD-20 deserves a leader with a heart all over the district, and this quarter has shown that people feel our heart.”

Hastings died in April after a cancer battle.

Broward County commissioners and former mayors Dale Holness and Barbara Sharief are others in the wide field of Democrats.

A survey commissioned by a Democratic consultant working in the race showed Holness and Thurston as leading contenders, though one version of that poll had DuBose close behind. Many voters had also yet to make up their minds just days after Hastings’ death, and the upcoming contest can drastically change the shape of the race.

Greg Musselwhite is running as a Republican, though Hastings’ district is safely Democratic. According to the Cook Political Report’s Partisan Voter Index, CD 20 leans Democratic by 28 percentage points. That makes it the second-safest Democratic seat in the state, just behind U.S. Rep. Frederica Wilson’s seat in Florida’s 24th Congressional District.

DuBose has received several endorsements, including from his fellow co-leader, Evan Jenne and colleagues Reps. Kevin Chambliss, Dan Daley and Tracie Davis. Other local officials and several former state representatives round out the slate of his public supporters.

DuBose served as a Commissioner and Vice Mayor in Fort Lauderdale before joining the state Legislature after a 2014 election win. In a release announcing his run, DuBose said raising the federal minimum wage and protecting First Amendment protest rights would be among his top priorities.

previousSouth Florida COVID-19 cases are rising, but remain among lowest levels of the pandemic