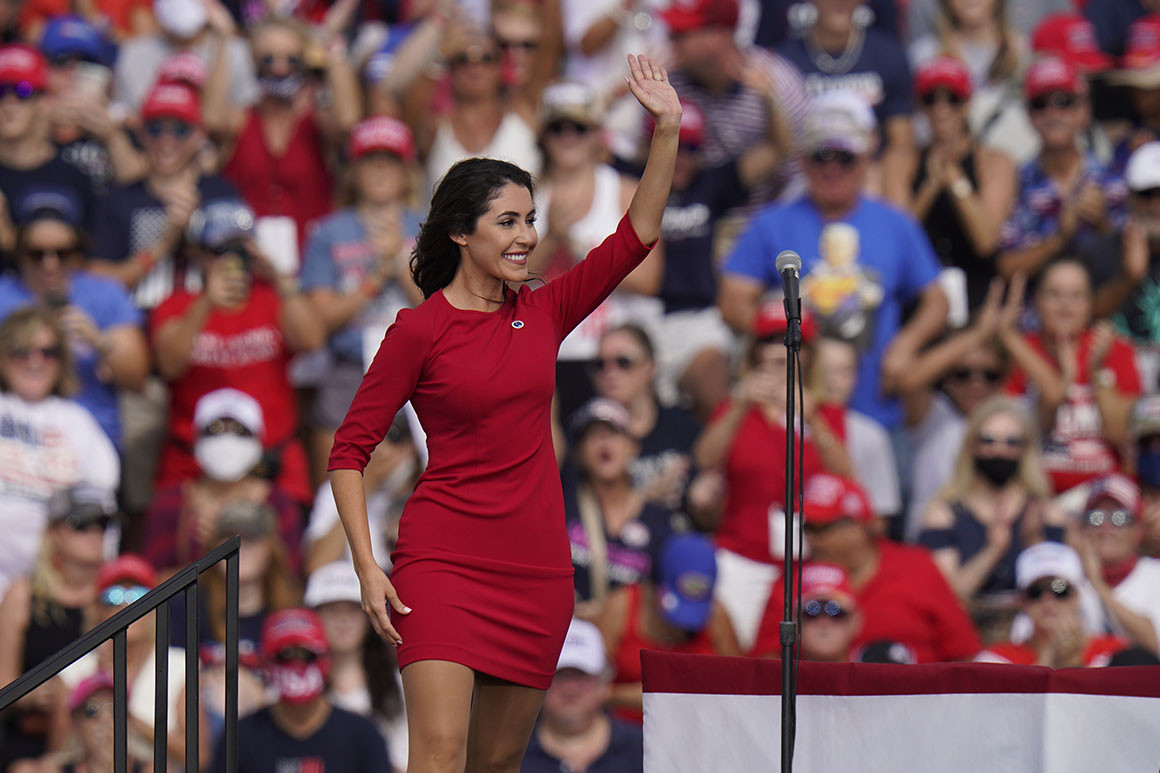 “Anna Paulina Luna is a great fighter who is running for Congress in Florida,” Trump said in a statement. “Anna is a warrior, she is a winner, and it’s time for all America First Republicans to unite behind her strong campaign. Anna has my complete and total endorsement.”

Luna previously garnered an endorsement from Trump in 2020, where she advanced to the General Election against incumbent U.S. Rep. Charlie Crist, who is vacating the seat to run for Governor.

The former President’s endorsement of Luna comes as a jab to fellow Republican and previous opponent Amanda Makki, who dove headfirst into Trump territory and heightened conservative rhetoric at her campaign kick-off in July ⁠— a shift from her previous approach as a more moderate conservative who supported Trump.

While in the 2020 race, Makki offered a more establishment option to Republican voters in the GOP Primary, with Luna claiming the Trump wing of the party. But, that strategy didn’t work two years ago when Trump himself was on the ballot, leading Makki to ditch the moderate label and tackle the border, critical race theory and ballot harvesting during her campaign announcement.

But, in his statement, Trump went as far as to call Luna’s primary opponents RINOs (Republican In Name Only), a slam to Makki and recently filed Republican candidate Audrey Henson.

“She is an Air Force veteran who puts America First, unlike her RINO opponents,” Trump said in his statement. “Anna is committed to strong borders, serving our Veterans, and ensuring Florida’s beautiful coastlines are protected. This is an important race because it is ‘key’ to taking back the House.”

While the endorsement from the President in 2020 likely gave Luna the boost she needed to oust Makki, it is unclear how his most recent nod of support will impact right-leaning voters.

The two haven’t had too many endorsement announcements since launching their respective campaigns; but, that seems to be changing as they start building their campaigns.

Former U.S. House Speaker Newt Gingrich announced his support for Luna back in July, along with radio host and Turning Point USA founder Charlie Kirk, who offered his support back in May.

The race, which is one of the most hotly contested districts on the 2022 ballot, also has three Democratic challengers — state Reps. Ben Diamond and Michele Rayner-Goolsby, and Eric Lynn, a former national security adviser in former President Barack Obama’s administration.