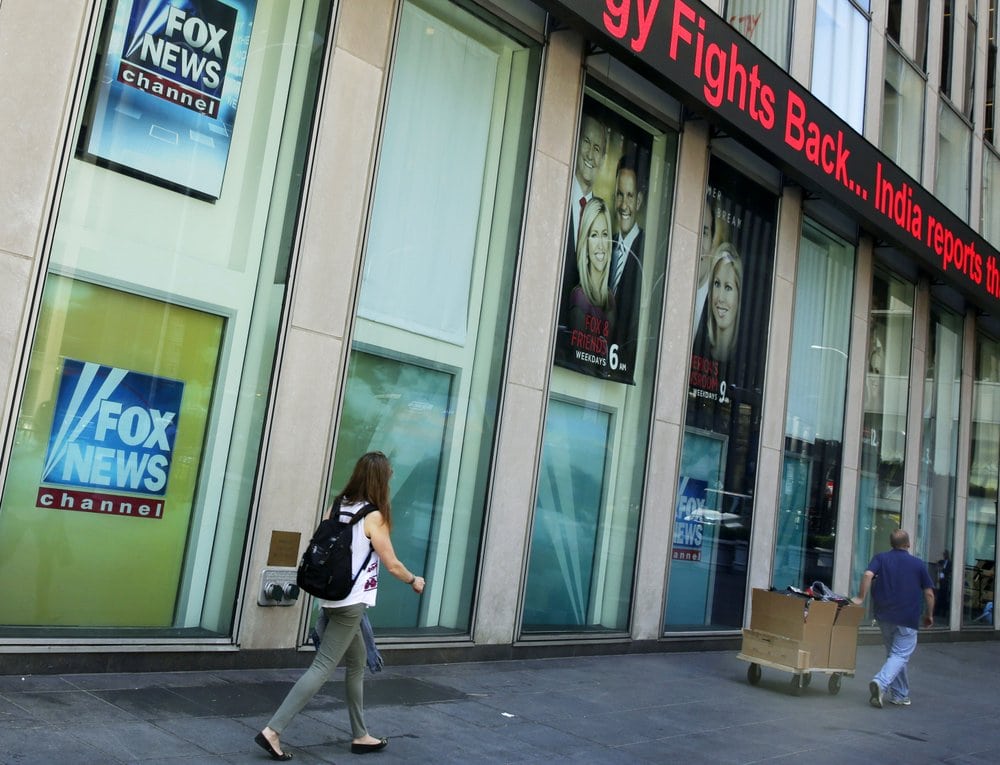 Who’s ready for Prime Time across all Fox News audiences?

But really, no one else.

Those are conclusions from a new report from Media Matters for America, the left-wing media watchdog and research group, after tracking Fox News weekday appearances by 18 potential 2024 Republican presidential candidates through the first eight full months of 2021.

Among those the organization tracked, Arkansas Republican Sen. Tom Cotton is by far the most common guest on Fox News’ weekday shows, having appeared 113 times through the end of August. Former Secretary of State Mike Pompeo (who is a contracted Fox News contributor) has the next most 2021 Fox News appearances on his resume, with 55; followed by Texas Republican Sen. Ted Cruz, with 49 total Fox News gigs.

Yet DeSantis has something they don’t, according to the report, entitled “Cotton leads 2024 Fox primary” written by Media Matters Senior Fellow Matt Gertz. DeSantis is the one guest they can all agree on.

“The data here show they can all agree on Ron DeSantis,” Gertz told Florida Politics. “He’s a candidate that spans their various interests and preferences.”

“But while DeSantis was not the top (2024 GOP presidential) contender on any of those shows, his 27 combined appearances on them were the most of any of the would-be candidates, and he was the only one to rank in the top three on all three programs,” the report states.

DeSantis is not publicly acknowledging any presidential ambitions — regardless of his Fox News appearances or his frequent cross-country trips to fundraisers and conservative conferences, where he finds star treatment in places like New Jersey and Utah.

He has a state to run, and a 2022 gubernatorial reelection campaign to wage. So neither he nor his staff like anyone talking to Florida voters about potential 2024 presidential ambitions.

“For the amount of time Media Matters spends obsessing over Governor DeSantis, it is puzzling that they feature him so prominently in this piece as a ‘2024 GOP Presidential Candidate’ and assert that he is ‘(plotting) a presidential run.’ This framing places the article in the realm of fiction, rather than journalism,” his office offered in response to the Media Matters report.

The statement pointed to DeSantis’ comments last week when asked about 2024.

“All the speculation about me is purely manufactured. I just do my job. You know, we work hard, obviously, our state has led on a lot of things, including on this (monoclonal antibody treatment),” DeSantis said of presidential rumors. “Now other states are copying us. But that’s what it’s really all about. Just helping folks here. I hear all this stuff and honestly, it’s nonsense. So, I don’t really know what to say to rumors.”

His Florida opponents, however, have called his denial nonsense.

“Ron DeSantis’ entire public life has been dedicated to helping Fox News sell more pillows,” said Kevin Cate, consultant to Democratic gubernatorial candidate Agriculture Commissioner Nikki Fried. “His obsession with running for President of Fox News’ radical right-wing has left Floridians behind when we needed him to do his job the most. It’s sad, but not unexpected.”

Regardless, being able to run a state — particularly one completely controlled by Republicans — has made him even more attractive to various Fox News audiences, Gertz said. Unlike someone like Cotton or Pompeo, Gertz said, DeSantis can go on Fox News and demonstrate that he doesn’t just talk about the culture wars — he wages them.

“He can go on their programs to collect kudos and take curtain calls. That’s something he’s done quite frequently,” Gertz said. “Back in February he introduced his social media censorship law, and then went on Tucker Carlson’s show and Laura Ingraham’s show to talk about it. In April, after signing the anti-protest law, he went on Ingraham’s show. In May he signed that election bill live on ‘Fox & Friends.’ In June, after signing the law banning critical race theory, he went on ‘Hannity’ and on ‘Fox & Friends.’ And later in the month, after signing the trans-athlete bill, he went on Tucker Carlson’s show to talk about it.”

DeSantis, the Media Matters report states, “has emerged as a network hero.”

Fox News likes to note that it has the largest audience in cable news, and has sizable numbers of independent voter and Democratic viewers, so is valuable to candidates on all sides, including Democrats.

— Overall for weekday appearances on Fox News through the end of August: Cotton, with 113; Pompeo, 55; Cruz, 49; DeSantis, 41, Hawley, 37. (Media Matters notes that former President Donald Trump, with just 13 Fox News weekday appearances this year, did not even make the top 10.)

previousSunburn — The morning read of what’s hot in Florida politics — 9.17.21