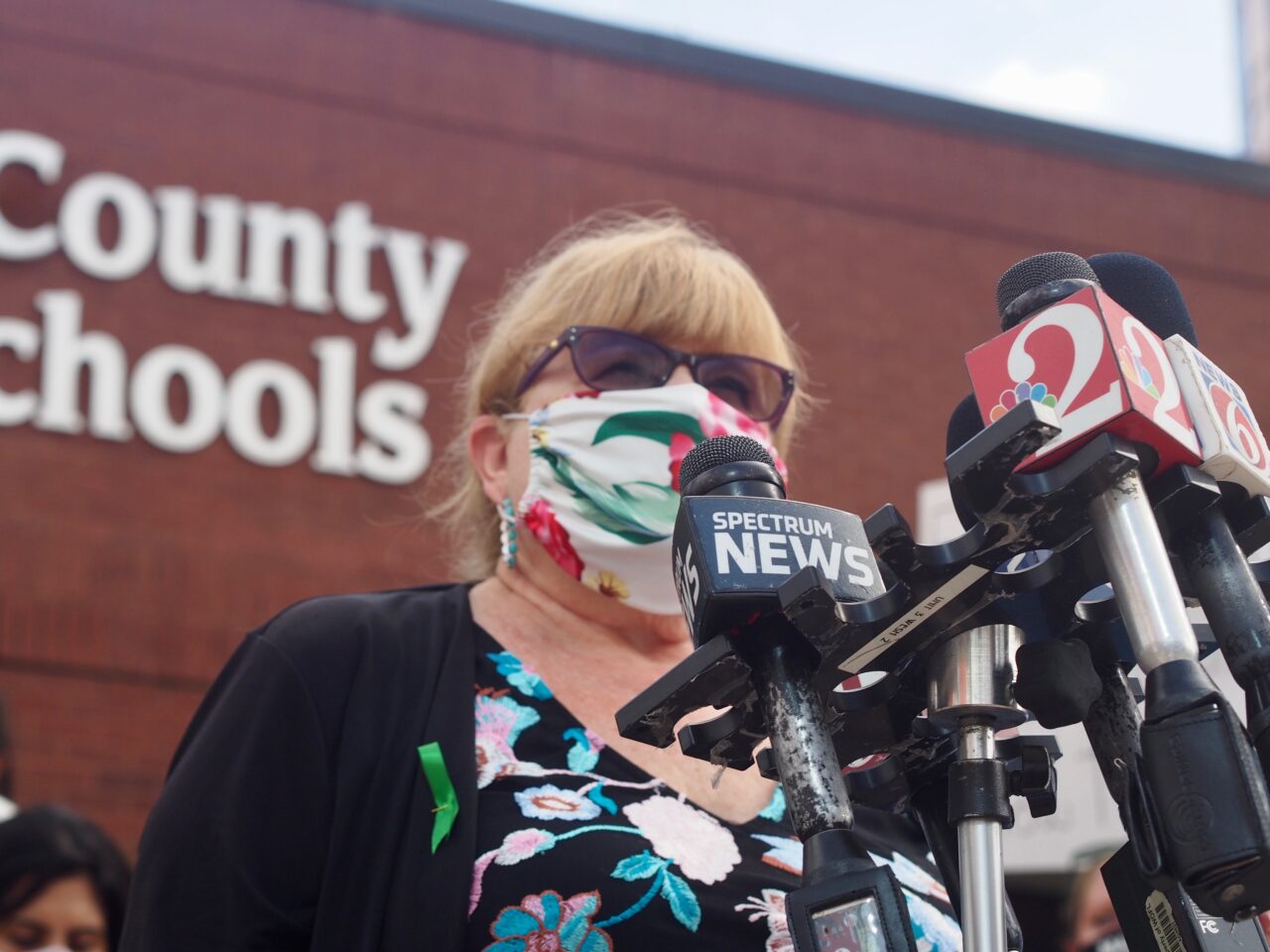 The School Board will reconsider its mask mandate Tuesday.

Insisting the risk to children has not ended with the waning COVID-19 summer surge, several Orange County Democrats joined the teachers union and parents Monday in calling for the Orange County School Board to extend a student mask mandate into the winter break.

They called on the Board to extend its controversial student mask mandate six more weeks. That, they said, would allow time for the federal government to approve vaccinations for younger school children, and to get the school district into the holiday break to evaluate the situation before reversing the current order. The Board’s current mask mandate policy is set to end Saturday.

“The mask mandate doesn’t only keep them safe, it provides peace of mind to the educators and parents,” Doromal said. “It sends the message that district leaders do the right thing: to put health and safety first.”

She and the Democrats called on Orange County schools to continue to defy Gov. Ron DeSantis‘ executive order banning student mask mandates. The Democrats, the union head, and the parents calling for continued masking were met with a counter protest of about a dozen people who called for an end of the mask mandate, which they contend — using DeSantis’ words — is illegal.

“We’re here today to talk about keeping our students, teachers, staff, parents, grandparents, guardians and other community members safe through universally masking until vaccines are available for children of all ages,” Hodge said. “We’re asking for reasonable measures to protect our community, while the other side is using intimidation, misinformation, and threats of violence to bully us into submission.”

Tuesday’s meeting comes at a time when the delta variant-driven summer surge appears to have completely abated. Infection rates have plummeted, and Orange County Mayor Jerry Demings has said he’s close to lifting his executive order for the county.

Yet Doromal, parents, and the lawmakers argued Monday that now is not the time for the school district to let its guard down. Not when federal vaccine approval for children may be mere weeks away, and when the holiday break could give more time for students to get vaccinated, ahead of a winter surge that could be on the horizon.

“We need to see what the numbers will do. We need to see how these cases will progress. And (we) want to be able to make sure we can safeguard children and staff at these public schools. So we’re asking for six weeks,” McCurdy said.

“They enforce an illegal mask mandate and they punish our kids through an illegal act,” Beu said.