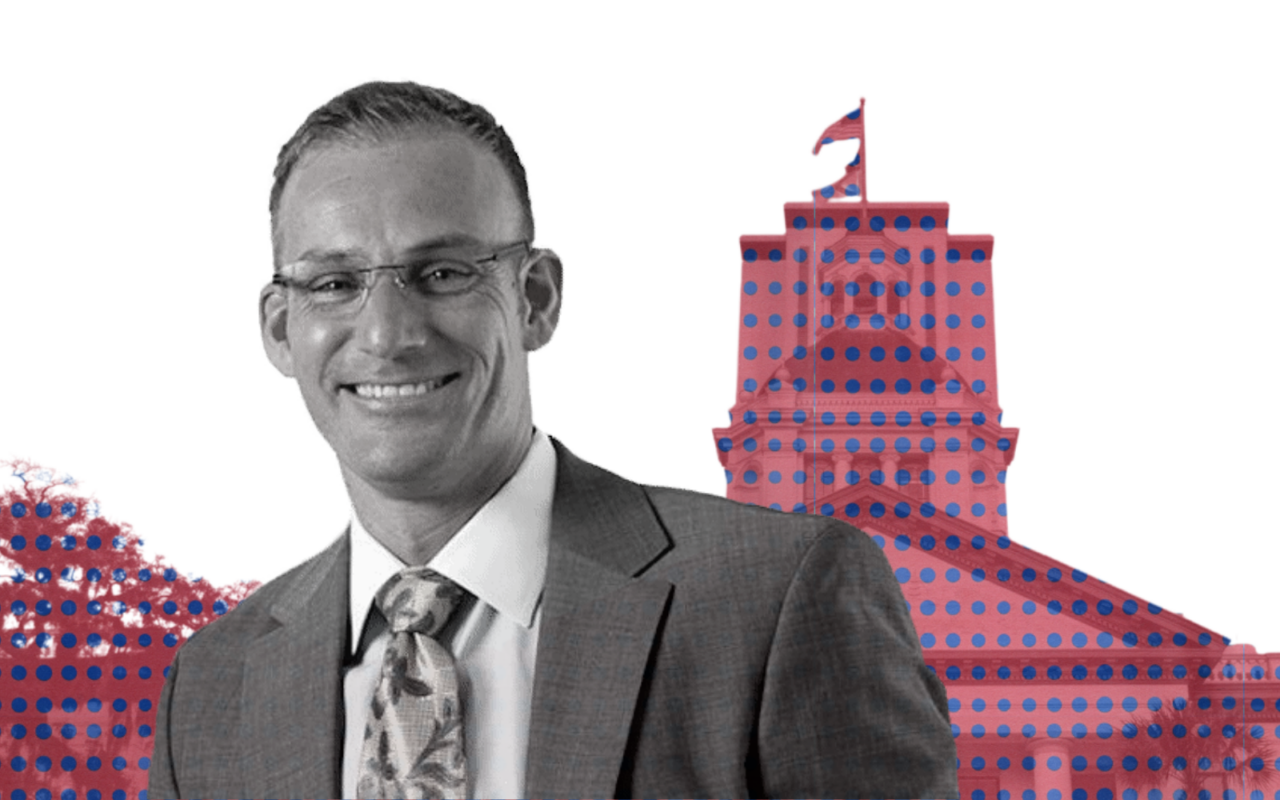 Grieco's bills share a common theme: they aim to improve and, in some cases, save lives.

Were his name not listed next to bills he filed this Legislative Session, Rep. Michael Grieco believes most of his House colleagues would be hard-pressed to determine whether it was a Democrat or Republican who sponsored them.

Grieco is a self-described moderate Democrat who first won state office in 2018 after years on the Miami Beach City Commission. His three priority pieces of legislation this Session center on psychedelic therapies for mental health, better safeguarding of children, and increasing penalties for and protections against animal abuse.

The bill is something of a streamlined sequel to prior legislation he filed last January, and it’s almost a word-for-word copy of a bill Texas Gov. Greg Abbott signed into law in June.

This version of the bill would also allow the state to look at ketamine, colloquially known as “special K”; and 3,4-methylenedioxymethamphetamine, also known as MDMA, “ecstasy” and “molly.”

“All this bill does is create a framework for the state to expand potential treatments for mental health,” Grieco told Florida Politics. “Texas is already studying the use of psychedelics in treating mental health, specifically depression and PTSD. In my opinion, we could get even more specific and focus strictly on our veterans, because we have such a significant veteran population in Florida, but it’s a bill that should move.”

The stigma around mind-altering substances and their utility in treating psychological ailments is outdated, Grieco said, citing a new wave of research that confirms past findings showing the substances can have mental health benefits.

“Folks are either not as informed or they still (think of) Reefer Madness when discussing psychedelics, because things like LSD and magic mushrooms — they’ve been essentially vilified since the ’60s and ’70s,” he said. “People don’t realize they’ve been studying these substances for mental health treatment going back to the ’50s. It wasn’t crazy then, and it isn’t crazy now.”

Another bill Grieco hopes to see succeed this Session is HB 781. The measure, called “Greyson’s Law,” is named after 4-year-old Greyson Kessler, who was killed by his father in a murder-suicide in May.

Greyson’s mother, Alison Kessler, had sought a restraining order for domestic violence against Greyson’s father, John Stacey. Stacey was a former cult member who sent Greyson’s mom hundreds of abusive, menacing texts in the leadup to the boy’s murder.

Alison Kessler also repeatedly tried to gain exclusive custody to protect Greyson from what she knew were growing threats to his safety. When that failed, she requested an emergency pickup of Greyson after Stacey suddenly broke off contact after a flurry of threats.

The courts acted too slowly, denying her requests until it was too late.

“No one believed me,” Kessler told Florida Politics last month. “It was three days in the works, and the hoops I had to go through to get the police officer to open (Stacey’s) door was insane… They just kept saying, ‘He’s with his father. Why would he need an emergency pickup? He’s with his caretaker.’ Little did they know, he was already shot.”

“Greyson’s Law” would empower judges to remove a child from the home of a parent if there are legitimate concerns for their safety, even if those concerns stem solely from threats, acts of violence or coercive control directed at the other parent.

“Say there’s been no child abuse, but threats have been made to the parent. That alone should trigger some sort of judicial inquiry and/or intervention,” Grieco said. “And that would prevent exactly what happened here.”

Grieco does not anticipate an easy route in passing the bill, to which Sen. Lori Berman of Boynton Beach has filed a companion measure. “It’s going to require a longer, broader conversation,” he said.

There’s also HB 435, which would expand the definitions of, and penalties for, animal abuse.

Sen. Jason Pizzo of Miami is sponsoring the Senate version of the bill. Grieco described the measure as a “no-brainer,” but one that may be absorbed into other legislation.

“That one was brought to me by multiple animal rights activists, but it’s also in response to a disgusting case that came out of South Florida regarding the sexual abuse of animals,” he said. “Pizzo and I decided to carry the torch on that one.”

The 2022 Legislative Session, which starts Tuesday, may be Grieco’s last in the House. In November, he filed to run for the seat in Senate District 37, which will be left vacant if current redistricting plans take hold.

Grieco said one thing that has set him apart in Tallahassee, and something he intends to bring with him to the Legislature’s upper chamber, is his willingness to openly call out duplicity when he sees it.

Such was the case in May, when the House voted to ratify a Gaming Compact between the state and the Seminole Tribe of Florida — a deal a federal judge tossed in November after ruling that its sports betting provisions represented an unlawful expansion of gaming outside of tribal lands.

“I very famously grabbed the microphone and called these guys out for being straight-up hypocrites for essentially trying to claim that there was no expansion of gaming, when that was completely contradictory to the online tax bill we had just passed a few weeks prior,” Grieco said. “I pointed out that hypocrisy to the point where I had many colleagues from both sides of the aisle privately pull me aside and go, ‘I can’t argue with a thing you said.'”

“They don’t say it publicly, but I don’t think there’s a member in the House who doesn’t respect my ability to plainly speak balls and strikes. And if that’s my role, that’s my role.”

nextAngie Nixon says Democrats have 'not many hopes' in 2022 Session