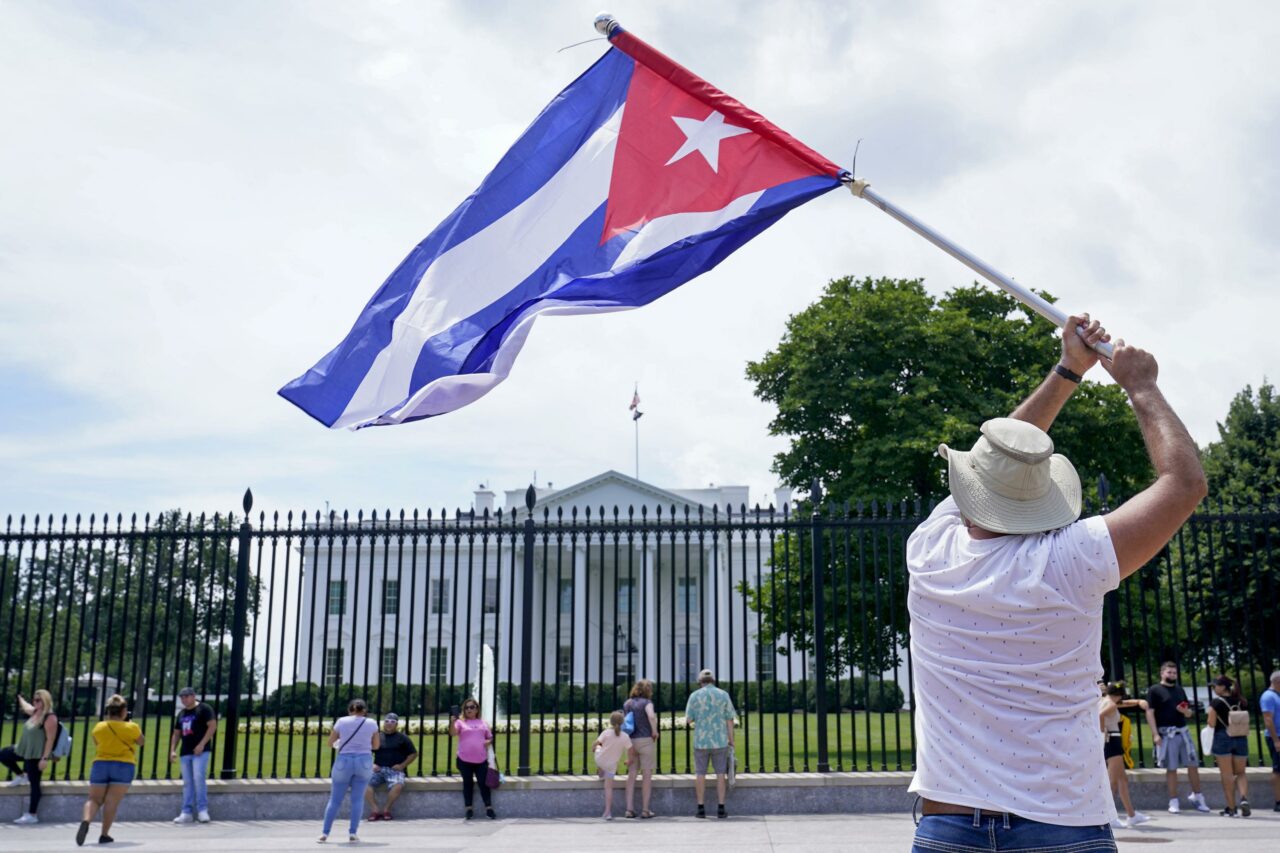 Some who participated in last year's protests in Cuba have been sentenced to decades in prison. Others are missing.

A bill calling on President Joe Biden and Congress to take substantive action against human rights violations by the Cuban government cleared the first of two Florida House committees Thursday.

Members of the House Judiciary Committee unanimously approved the bill (HM 43) with little discussion and no debate. The nonbinding measure would ask the U.S. government to request help from the United Nations in issuing sanctions targeted against the Cuban regime.

The bill, which has no Senate analogue, still awaits a hearing before the House Rules Committee.

Rep. Tom Fabricio of Miramar, who filed the bill in August, spoke of the protests that erupted across the island nation on July 11 when Cubans took to the street to demand freedom amid a wave of COVID-19 cases and the country’s worst economic crisis in decades.

“Cuban President (Miguel) Díaz-Canel responded by explicitly making a call for combat, urging his supporters to take back the streets,” Fabricio said. “He shut down the internet access to counter reports of human suffering in Cuba. Hundreds of Cubans have been arrested. Many have been convicted, and more are expected to be convicted shortly. Many are missing.”

Some 600 Cubans remain jailed for participating in the protests last year, according to the U.S. Department of State. Some have since gone to trial for sedition. On Monday, the Miami Herald reported that the Cuban government prosecuted 100 people last month. Some were sentenced during the Christmas holiday to up to 30 years in prison.

In response, the U.S. Secretary of State Antony Blinken announced visa restrictions against eight Cuban officials, a step, he said, intended to “magnify the impact of four Treasury Department sanctions” and nine other visa restrictions his department imposed.

“The United States continues to use all appropriate diplomatic and economic tools to push for the release of political prisoners and to support the Cuban people’s call for greater freedom and accountability,” Blinken wrote.

For more than six decades, the bill says, the Cuban government has “arbitrarily searched homes and killed its citizens, torturing and silencing the will of the people.” It has “partaken in human trafficking, child labor, indoctrination, harboring terrorists, and terrorist activities.”

The Cuban regime, it says, “is using torture, violence and intimidation, and withholding food, water, medicine, electricity, education and communication to the outside world in order to strangle the population into submission.”

Accordingly, the bill — titled “Atrocities and Genocide in Cuba” — urges Biden and lawmakers in Washington to enact Article 54 of the U.N. Charter. That would trigger a meeting of the U.N. Security Council, which can authorize sanctions and use of force.

Such action — as well as possible unilateral measures, including providing internet access to the island — is what many Republican state and federal officials have been calling for since July. But so far, the consensus among them is that Biden has been asleep at the wheel, allowing America’s nearest noncontiguous neighbor to openly oppress its people.

Democrats, meanwhile, have proffered comparatively tepid support for Cuba and largely abstained from criticizing the President.

Speaking in November about a $25 million appropriation to the historic Freedom Tower in Miami, where the U.S. government processed and provided services to Cuban refugees in the 1960s, Gov. Ron DeSantis described the federal response as “pathetic” and a possibly “missed historic opportunity.”

“There’s been different flashpoints throughout the last many decades,” he said. “But I don’t know that you’ve ever seen this much dissatisfaction boiling to the surface where we really could see a change and see a better future, finally, after decades of repression.”