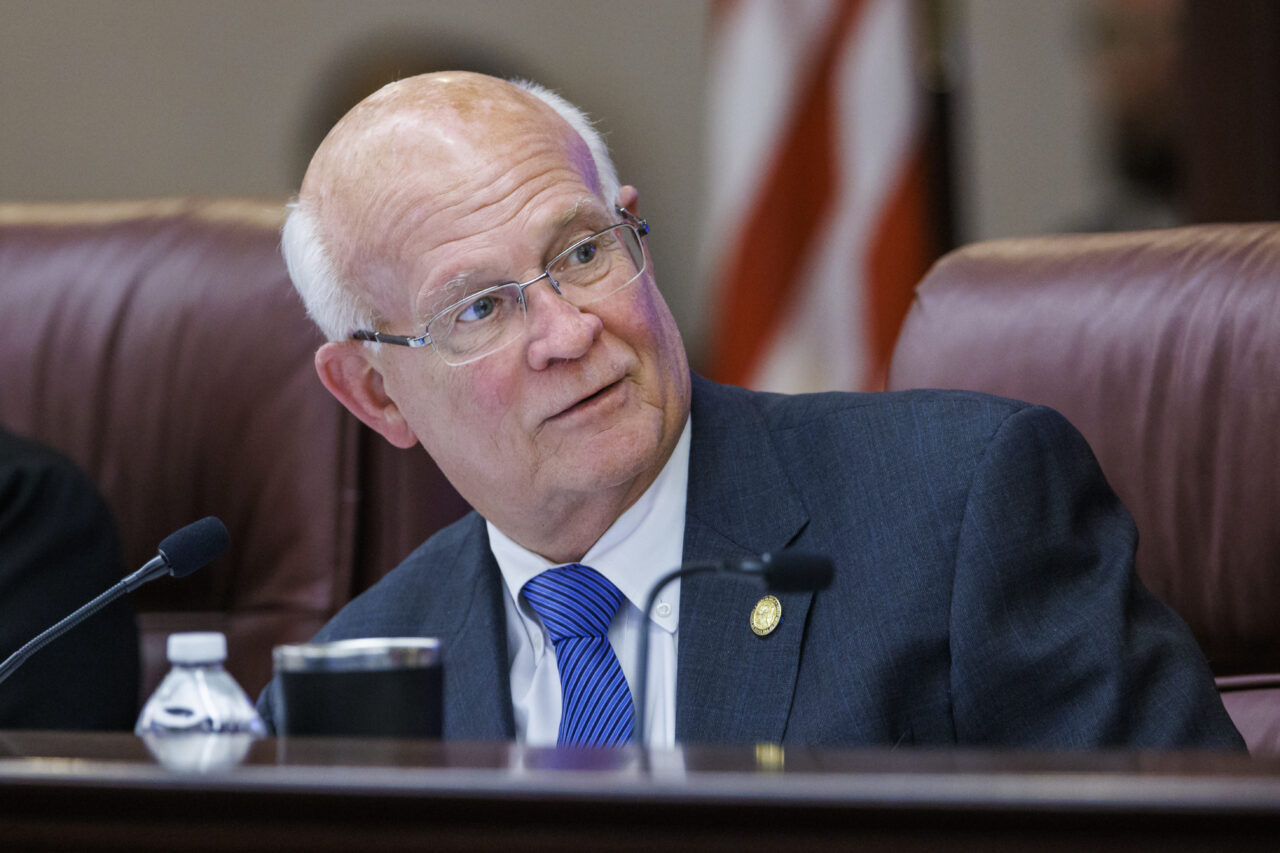 Jeff Brandes unsuccessfully proposed an amendment that would expand the legislation to encompass discussions on all “human sexuality."

Under the leadership of President Wilton Simpson, the Senate decided to take up the House version of the legislation, which cleared that chamber in a 69-47 vote last Thursday. The proposal (HB 1557) would limit classroom instruction of sexual orientation and gender identity, a move Republican leadership says would bolster parental rights. The bill was slated for only one committee stop — the Senate Appropriations Committee — where the legislation was approved Monday afternoon.

Ocala Republican Sen. Dennis Baxley, who filed the Senate version of the bill (SB 1834), presented the legislation to the committee Monday morning.

Parents who think a classroom discussion was not age-appropriate or who are unsupportive of a district’s policies would be able to sue for damages and attorney’s fees.

“We are moving, and have been moving, in a direction of empowerment of parents that they’re supposed to be in charge,” Baxley said. “That is describing what goes on around social value issues — when you try to reach over from the educational arm of our society, and address these in a way that doesn’t observe the authority of parents to establish those values.”

St. Petersburg Republican Sen. Jeff Brandes attempted to alter the legislation Monday by proposing an amendment that would expand the legislation to encompass discussions on “human sexuality.” The amendment failed, despite garnering support from Democrats and members of the LGBTQ community.

The amendment sought to rectify criticisms that the measure targets the LGBTQ community, swapping out the words “sexual orientation or gender identity” and swap in the words “human sexuality” in the bill’s ban of classroom instruction for young students.

During rounds of questioning, Democratic opponents of the bill sought to define what would be acceptable under the vague language of the legislation. Senate Democratic Leader Lauren Book, a former kindergarten teacher, questioned Baxley on what instruction is liable under the bill.

“Where do you draw the line?” Book asked. “At what point would a teacher have to cut off discussion/instruction?”

“I think you’re making it harder than it is,” Baxley said, adding that at the end of the day, it’s a judgment call on the teacher’s part. “In those cases where parents are not comfortable with the answer you’re arriving at, they’ll have a way to challenge it.”

“What would be different is if you’re promoting certain worldviews on certain positions to children who are not ready to talk about sexual things,” he said.

“If there are people who honestly believe that you choose to be gay, then you would also have to accept and believe that millions of people choose to be abused, to be bullied, to be ridiculed, to be told they’re different, to be cast aside,” Pizzo said. “Let me just say this: Why are we picking on people?”

Republicans laud the provisions as a necessity for parental rights, with Baxley citing concerns that children were being indoctrinated via “social engineering.”

“What we’re finding is there are many more what I call ‘social engineering’ approaches, that are being done that I think go far beyond where families want to go, and that we need to pursue this in a pathway where we honor those parental rights,” Baxley said, adding that “lesson plans that they were doing an effort to direct the path of their thinking and their values, even some to encouraged not telling your parents what’s going on at school.”

“It didn’t happen. It didn’t happen then and it doesn’t happen now. This is another ‘solution in search of a problem’-style bill that we’ve grown so used to,” Book said. “Florida educators are not indoctrinating young children with age-inappropriate or developmentally appropriate curriculum. … This is about more than words written in the bill. This is about the message that we’re sending to every single person in the state and around the country, because everybody is watching.”

“What this bill is seeking to fix is a situation where you have a school district that puts in place a policy of transgender/gender-non-conforming Student Support Plan, according to Title IX, which extends all the way to kids in elementary school, and that entire plan is done without the knowledge or input from the parent,” she said. “That is the problem that we’re fixing. I don’t care if your kids are straight or if your kids are gay.”

The form Stargel referenced advises educators to not out a student to parents if they have expressed they are LGBTQ or questioning their sexuality or gender. There is an ongoing lawsuit against the Leon County School District filed by parents of a teenager who confided their identity with school officials, who developed a gender-conforming plan for the student.

“I am really amazed at how something so simple is turned into this gargantuan experience,” Baxley said. “I’m of a deep conviction if the parents aren’t in charge, we’re not going to wind up in the right place.”

The legislation has been the subject of controversy, drawing public criticism from physicians, members of the LGBTQ community, LGBTQ advocacy organizations, the Florida PTA and ACLU Florida at committee hearings. Proponents of the bill include Florida Citizens Alliance, Christian Family Coalition and the Florida Family Rights Council.