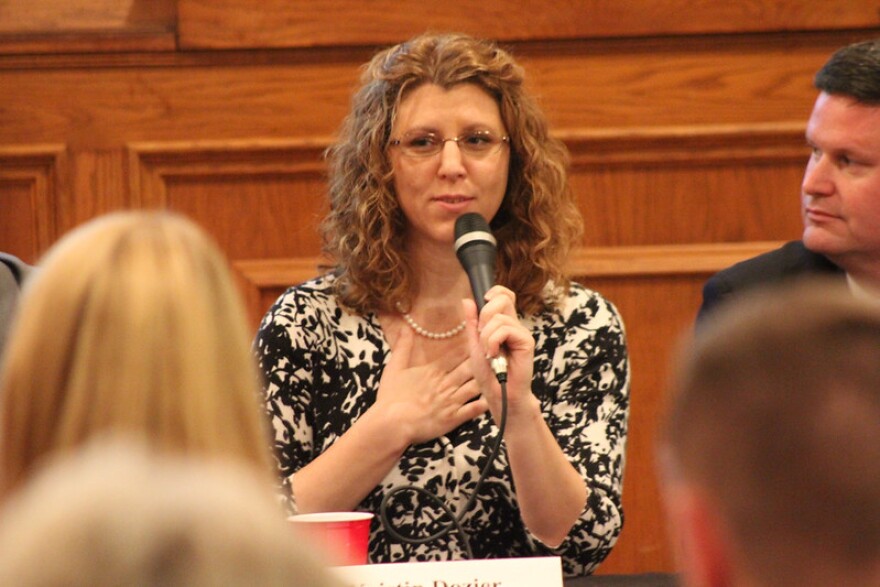 "I’m running for Mayor because we deserve a transparent, responsive local government that works for everyone."

Leon County Commissioner Kristin Dozier has entered the Tallahassee mayoral race. She had been floating the idea for running publicly for months.

Her decision to enter comes the week after she helped lead a failed effort to kill the $27 million Doak Campbell stadium Blueprint funding. Tallahassee Mayor John Dailey, who Dozier will be challenging in the race, was a staunch supporter of the funding.

Dozier told Florida Politics she is running because she believes Tallahassee deserves a “transparent, responsive local government that works for everyone.”

“I’m running for Mayor because Tallahassee deserves someone who will listen to all voices; someone who looks for solutions that benefit our whole community, not a privileged few, and someone who will keep our community moving forward,” Dozier said. “I’ve had the honor of serving on the County Commission. I want to continue that service and I see a need for change at City Hall.”

She announced she would not seek reelection for her County Commission District 5 seat in November, according to Tallahassee Reports. In December, Dozier told Florida Politics one of the reasons she was considering running was she thought Dailey has not repaired the public trust lost in the city’s government after the Scott Maddox corruption trial and has sowed greater division between members of the city and county commissions.

“It was a real opportunity to try to bring people together and rebuild that trust. I don’t think that has happened in the last three years. And in fact, I think it’s gotten worse,” Dozier said. “I think he has elevated the division that we have seen. And things in the city have really gotten incredibly contentious. That doesn’t help us move forward on any of the big issues we’re facing. I think it’s a distraction. And I think it’s holding us back.”

She mentioned a time during a Blueprint meeting in May where he said the choice about the stadium funding either meant you supported Florida State University or you didn’t.

“I think that’s not just simplistic, but it’s dismissive of a lot of really good and legitimate questions that should be asked,” Dozier said.

In a statement to Florida Politics Thursday that was later posted on his Twitter account, Dailey said he is proud to stand on his record as mayor.

“I’ve made job creation and ethics reform a top priority. We’ve created thousands of good high-paying jobs and passed the strongest ethics reform package in the state,” Dailey said. “Together our community has weathered a once-in-a-century global pandemic and the worst economic downturn since the Great Recession — and we did it by taking swift and decisive action to help our neighbors, local small businesses, and nonprofits.”

He also accused Dozier of repeatedly voting no on voter-approved projects, bringing good high-paying jobs to our community and $250 million in investments on Tallahassee’s Southside.

“This isn’t just a vote here or there. It’s a clear and consistent pattern of saying “NO” to protecting our quality of life and improving the things our voters say they want improved,” Dailey said.

On Wednesday night, Dozier made a Facebook post saying last week’s Blueprint meeting “signified a pivotal moment for our community” and she would be making a big announcement Thursday night at 5 p.m. about “Tallahassee’s future direction.”

Dozier is beginning her campaign with a sizable fundraising gap between her and Dailey. His war chest exceeds $185,000 with only $20,000 spent.

The election for the seat will be during this year’s Aug. 23 primary.

previousRon DeSantis fundraises off his scolding of masked high schoolers