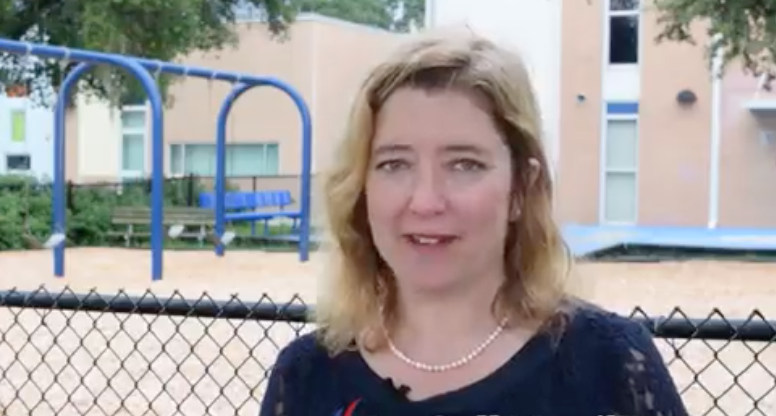 This sets up one of the biggest Senate races this year — and avoids a Democratic House Primary.

Rep. Joy Goff-Marcil will run for the Florida Senate this year. That sets up one of the biggest legislative races this cycle as the Maitland Democrat seeks to unseat Republican Sen. Jason Brodeur.

The move also sidesteps a potential Primary with a Democratic House colleague after redistricting put her and Rep. Anna Eskamani in the same seat.

“I am excited to announce my campaign for Florida State Senate District 10!” Goff-Marcil tweeted, shortly after the Orlando Sentinel first reported the news. “I am ready to continue fighting for clean water and small businesses, expanding Medicaid, and supporting public education in Tallahassee.”

Neither Brodeur nor Goff-Marcil is a stranger to a high-profile race.

The Democrat, a former Maitland City Council member first elected in 2013, defeated Republican incumbent Rep. Bob Cortes to win her current House District 30 seat in 2018. At the time, that marked a major shift as Orange County wasn’t the reliable Democratic stronghold it is now. Goff-Marcil held onto the seat in a rematch with Cortes in 2020, one of the only House Democrats in a seat targeted by Florida Republicans to do so that year.

Brodeur, meanwhile, won one of the biggest Senate races of the election cycle in 2020, defeating Democrat Patricia Sigman with 50.3% of the vote for his current Senate District 9 post.

That election has actually continued to remain controversial because of a ghost candidate scandal in which largely inactive independents ran in swing districts. Outside groups funded mailers targeting swing voters, including one promoting SD 10 candidate Jestine Iannotti that used a stock photo of a Black woman instead of any picture of the candidate. Iannotti ended up winning 5,787 votes, less than Brodeur’s 7,644-vote margin of victory but close enough to fuel speculation about how many votes would otherwise have gone to Sigman.

Goff-Marcil’s campaign announced the campaign launch Friday and said Senate Victory, the political arm of the Senate Democratic Caucus, will support her campaign.

“The people of Central Florida deserve to be represented by someone who will fight for the things that matter to everyday people in our community: good paying jobs, expanding access to health care, fully funding public schools, affordable workforce housing, and protecting and preserving our natural resources for generations to come,” Goff-Marcil said.

“Central Florida has been my home for my whole life. I care deeply about making sure our community has a voice in Tallahassee so that working families, small business owners, and everyday people are being represented.”

Redistricting remakes the House and Senate maps this year, and every district in both chambers will be up for re-election this cycle.

The drawing of new political boundaries proved consequential for Goff-Marcil.

Eskamani announced she was seeking re-election in HD 42 earlier this week. At the time, she said she had conversations with Goff-Marcil and hinted an intraparty battle appeared to be unlikely.

“I am confident it will sort itself out,” Eskamani said.

Brodeur has also filed for re-election in the new SD 10. Renumbered from SD 9, the district has otherwise shifted little geographically since the last election. It is picking up parts of Maitland and Winter Park where Goff-Marcil has represented before, while shedding areas of Volusia County including DeBary and Orange City.

One thing that hasn’t changed? The district remains one of the most competitive in Florida. In fact, Democrat Joe Biden won the presidential election in the district with 51.5% of the vote to Republican Donald Trump’s 47.06%, according to a performance analysis by MCI Maps.

nextSunburn — The morning read of what’s hot in Florida politics — 3.18.22