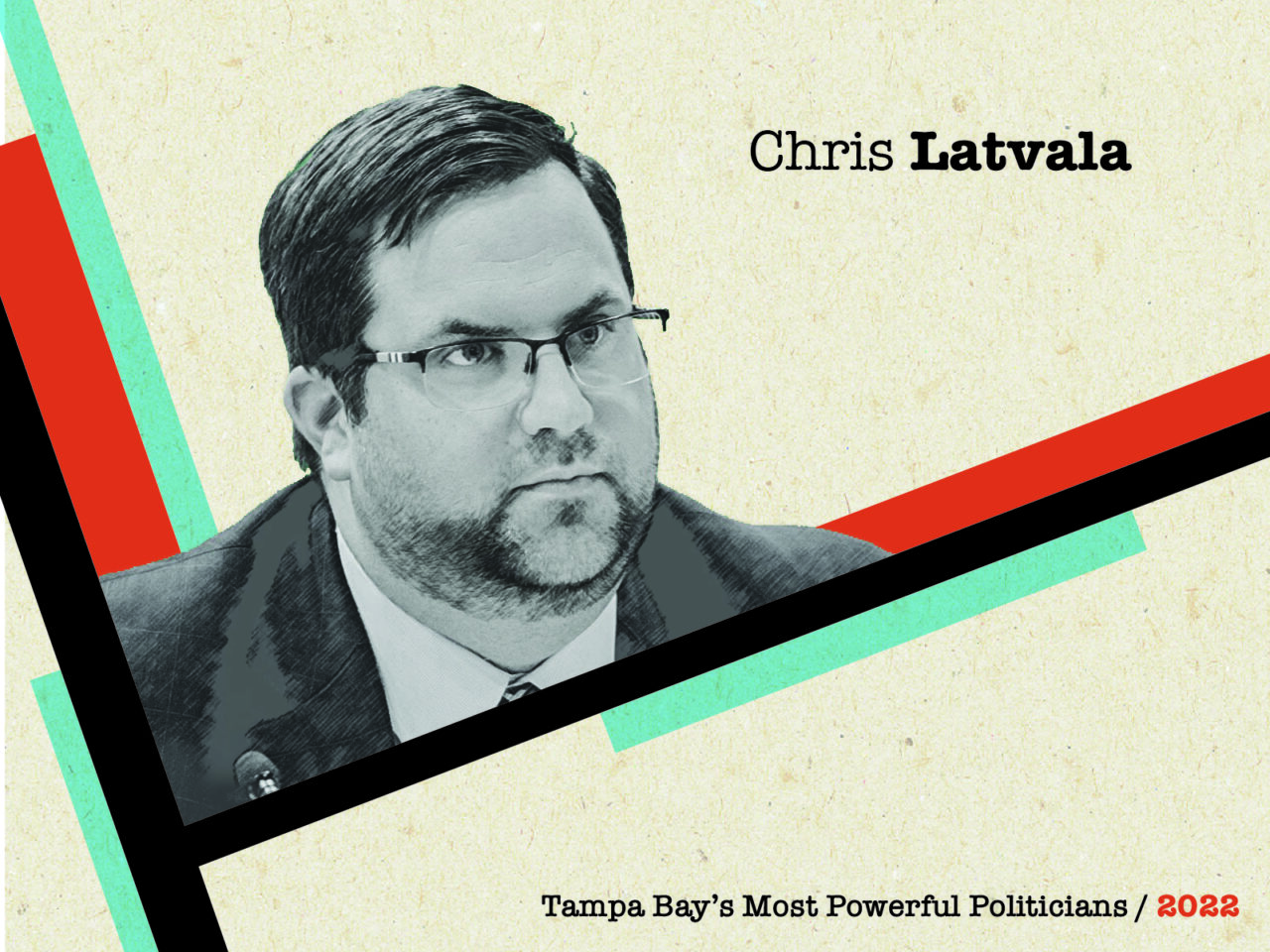 'His efforts to deliver a quality education to our students and to reform the state’s child welfare system will have a lasting impact.'

Outgoing Clearwater Rep. Chris Latvala fell four spots this year on the list of Tampa Bay’s Most Powerful Politicians, dropping from No. 14 to No. 18.

The legislator’s descent comes as he prepares to leave the seat he’s held since 2014, due to term limits. Don’t be fooled though — Latvala won’t be leaving the realm of Tampa Bay politics so soon, with a Pinellas County Commission bid already in motion.

During his time in the House, the Republican lawmaker has enjoyed being a part of chamber leadership, including chairing the Education and Employment Committee. This year, he also served on the Redistricting Committee, which drafted the maps that will impact Florida’s elections for the next decade.

“During his time in the Florida House, Chris Latvala has been one of the most passionate advocates for bettering the lives of children. His efforts to deliver a quality education to our students and to reform the state’s child welfare system will have a lasting impact,” said Natalie King of RSA Consulting. “In addition to his excellent work, he is also known for honesty and loyalty. Although he is leaving the House, Rep. Latvala has a long career in public service ahead of him.”

Latvala, the son of former staple power broker Sen. Jack Latvala, has charted his own path. He has established himself as a champion for education and juvenile justice reform.

He maintains a strong friendship with House Speaker Chris Sprowls, who represents the neighboring district. Having such a powerful ally so close to home gives Latvala an advantage when pushing for local project funding.

Latvala does not shy away from appropriation requests, which often center around district programs involving child welfare, education and mental health programs. He filed a whopping 38 requests this past Session alone — most of which found their way into the Legislature-approved budget. That’s a pretty big flex of influence and a win for Latvala’s home district.

This past Session, Latvala also successfully carried legislation (HB 1099) that would prevent life insurance companies from charging higher premiums for living organ donors. Latvala partnered with Tampa Democratic Sen. Janet Cruz to clear the bill, which found unanimous support in the House and near-unanimous approval in the Senate. The bill is now awaiting the Governor’s signature.

“Rep. Latvala has made his mark in the House of Representatives. What you don’t realize though is how much he has accomplished because of how he did behind the scenes and didn’t care who got the credit,” said Shawn Foster, President at Sunrise Consulting Group. “He uses his sense of humor to disarm you but rest assured he understands politics and how it works better than most people I know.”

As he concludes his time in the state House, he has already started a new venture: running for Pinellas County Commission.

Although he hasn’t yet decided if he’ll run this year or in the 2024 cycle — or even which seat he’ll run for — he’s already set up a campaign account to start fundraising.

While Latvala was not involved in crafting the bill, Commissioners criticized the legislator for his support of the legislation, since one district that would call for re-election is a seat he is considering running for.

Whether Latvala chooses to run this year or two years from now, it’s clear he has his sights set on remaining an influential conservative voice in Tampa Bay.

Joe Henderson’s take: I wish he hadn’t co-sponsored the “Don’t Say Gay” bill in the House, but helping secure funding for renovations at Ruth Eckerd Hall was a good move. When his run for the Pinellas County Commission happens, he will probably remind voters about that.

previousNo. 19 on the list of Tampa Bay’s Most Powerful Politicians: Chris Nocco

nextNo. 17 on the list of Tampa Bay’s Most Powerful Politicians: Pat Kemp