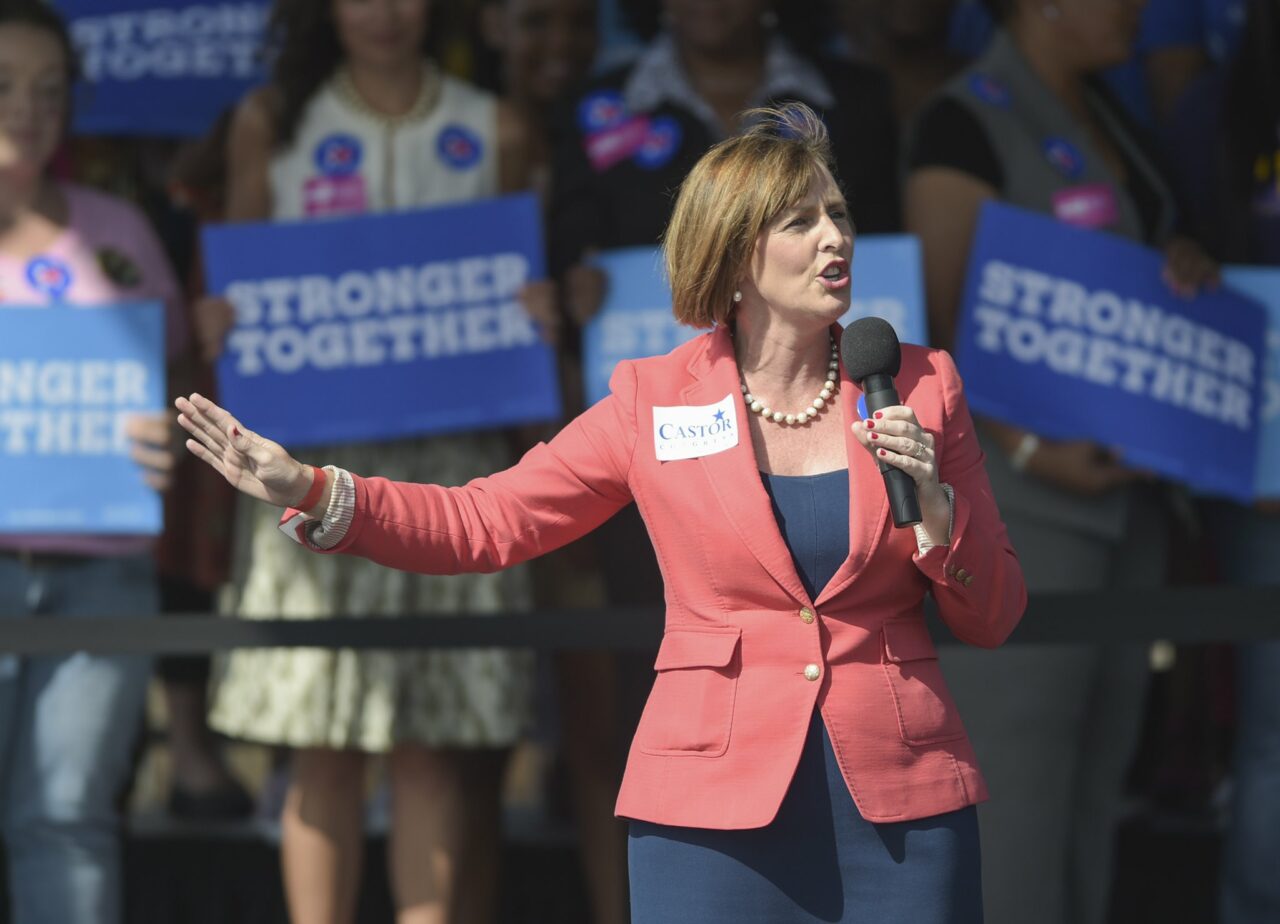 Castor has served six terms in the U.S. House.

Castor, who became the first woman to represent Hillsborough and Pinellas counties in Congress upon her initial election in 2006, is a well-known Democratic leader in Tampa Bay. She has served six terms in the U.S. House.

Of incumbent Cruz, who is running for re-election in state Senate District 14, Castor applauded her advocacy for working families and the environment.

“As a fourth-generation Tampanian, Sen. Janet Cruz has worked tirelessly to stand up for working families, public education and small businesses in the Florida Senate,” Castor said in a statement. “I am proud to work with her and know that she will continue to be an advocate for clean water and healthy Tampa Bay.”

“It is an honor to have the support of my dear friend Congresswoman Kathy Castor,” Cruz said in a statement. “I look forward to continuing to work with our great Congresswoman as we fight for tax breaks for small businesses, relief for working families, and protections for our beautiful waterways at the local, state and federal levels.”

“Lindsay Cross understands what our communities need to be prosperous. From her expertise on clean water and a healthy climate to her service throughout St. Petersburg and Tampa Bay, Lindsay is committed to improving the quality of life for everyone,” Castor said in a statement. “Lindsay is a good listener and I trust her to be a voice for the people. I endorse Lindsay Cross for State House with great enthusiasm and confidence in her abilities to get things done.”

“Congresswoman Castor has served the Tampa Bay area with strength and humility,” Cross said in a statement. “She is a national leader in addressing our growing climate crises and protecting our coasts from the damaging impacts of offshore oil drilling. She has brought high-paying jobs and investments to our region, ensuring that our people have the economic opportunities they need to thrive. I am so appreciative to receive her endorsement. Together, we will ensure that the people of the Tampa Bay region prosper and have a quality of life that is second to none.”