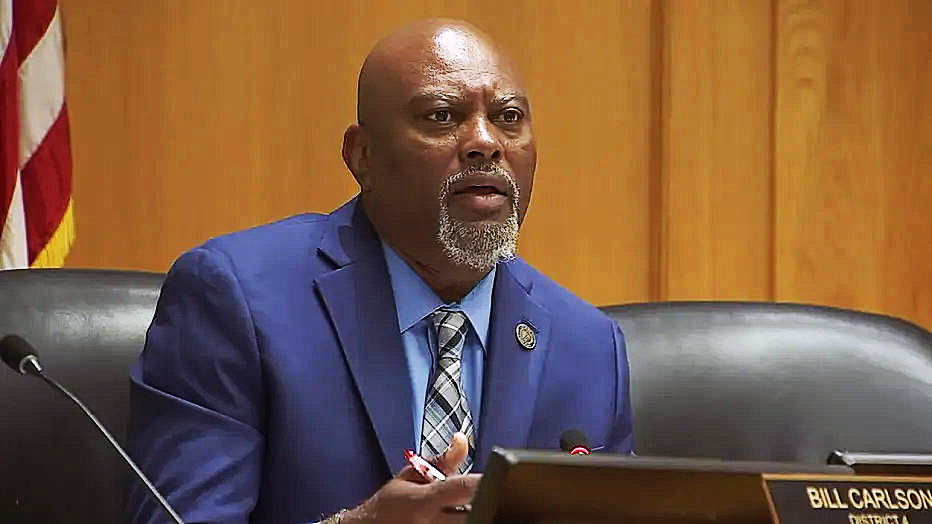 He's on the hook for back taxes, a fine and interest.

Tampa City Council member Orlando Gudes declared his primary residency in District 7 despite being elected to represent District 5, costing him more than $10,000 in back taxes and fines.

According to the Tampa City Charter, Council members representing Districts 4, 5, 6 and 7 must live in the district they represent, and that residence must be established at least six months before an election. Gudes owns a home on Murray Street in Tampa, which is well within the bounds of District 7, represented by Council Member Luis Viera. Gudes’ family owns a funeral home and property on Hillsborough Avenue, within District 5.

Residents say they can always find him there.

“There’s not one time you can drive down Hillsborough Avenue and not see Orlando’s car,” said Robin Lockett of Florida Rising. “It’s not one time I can pop up to his house and he not be there.”

But according to the Hillsborough County Property Appraiser’s office. Gudes claimed a homestead exemption — meaning he declared it as his primary residence — at a Murray Street home in District 7 in the years 2019, 2020 and 2021. The homestead tax exemption allows up to $50,000 to be deducted from the assessed value of a home. In order for a property to qualify for that exemption, the owner must use it as a primary residence.

According to Gudes’ Oath of Candidate form from the 2019 election, he declared he was seeking the District 5 seat, but left blank the section of the form where he was supposed to declare which district he lives in. Gudes’ lawyer, Ryan Barack, said the Murray Street home is not Gudes’ primary residence. He called the three years of exemptions a mistake.

“Councilmember Gudes moved into District 5 in March 2018, well in advance of the 2019 election, and his residence has remained in District 5 throughout his term,” Barack said. “His address is protected by Florida law. He recently became aware of an issue associated with a piece of property he owns and where he formerly resided. Upon becoming aware of the issue, he promptly took steps to address any concerns associated with that property and anticipates the matter being resolved in the near future.”

According to the Property Appraiser’s Office, an inquiry was launched into the use of the homestead exemption once the office was notified of a discrepancy, per the office’s policy. Gudes admitted to improperly claiming the tax credit and it was removed from the property’s tax bill. Gudes is now responsible for paying back taxes for the three years he declared the District 7 home as his primary residence. He’ll also have to pay a fine equal to half the back taxes, plus interest.

According to the Property Appraiser, the gaff will cost Gudes $11,400.

The city of Tampa previously said a Council member living outside of the district they’re elected to represent is unprecedented. Representatives for the city declined to comment further Thursday.

Gudes did not reply when asked if his Oath of Candidate form was intentionally left blank or if it was an error.

Supporters of Gudes have called the revelation of documents revealing the discrepancy between Gudes’ claimed home and the district he was elected to represent an attempt at character assassination.

“Unfortunately, it’s now all in the media and you’re defaming this man’s character,” Kella McCaskill said. “I want to send a message to the other people that would like to be City Council members, potentially, when we re-elect other people to fill your seats. You don’t have to be the Mayor’s lapdog to avoid lawsuits.”

In late March, the results of an independent investigation into sexual harassment allegations made against Gudes by a former legislative aide were made public. He stepped down as Chair, but resisted calls, including from now-Chair Joe Citro, to resign his office.

The investigation, conducted between September and March, found 18 “credible and corroborated” instances of sexual harassment after interviewing 20 witnesses. Gudes has denied the allegations. But the city acknowledged the harassment in an apology letter and $200,000 settlement to the former aide. She said she will donate part of her share of the settlement to The Spring of Tampa Bay, an organization that supports survivors of domestic abuse, and the United Negro College Fund.

“Nobody should have experienced the emotional turmoil and pain that you suffered. Your courage to stand up for what was morally and legally correct should be applauded by all of our employees,” Mayor Jane Castor wrote in the apology.

“I certainly encourage all victims of discrimination to find the determination to speak out so that nobody encounters the kind of treatment that Councilman Gudes inflicted on you. As I previously expressed to the public, Councilman Gudes would have already been terminated had he been a City employee.”

On Monday, the former aide filed a lawsuit against Gudes on behalf of her and her daughter. The suit claims Gudes intentionally inflicted emotional distress on the two and is defaming his former aide.

Gudes has said he is the duly elected representative for District 5 and will not step down.