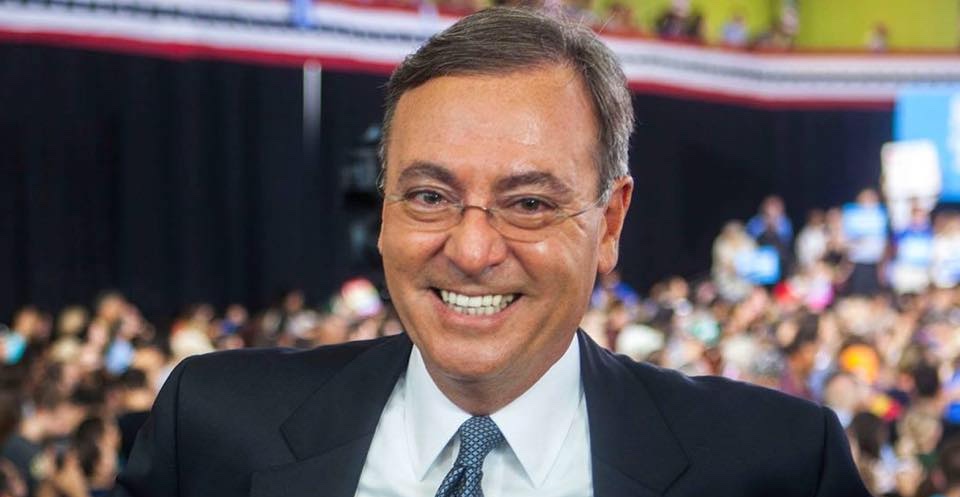 Is the last candidate entered in a Democratic Primary also the most well known?

Alan Cohn didn’t win a congressional race in 2020. But he did manage to turn the contest in Florida’s 15th Congressional District into a top-tier contest. After a once-a-decade redistricting process concluded, he feels better than ever about running again.

“I wasn’t going to do this unless I believed this is a district that can be won,” he said.

A new map signed by Gov. Ron DeSantis leaves CD 15 a Republican-favored seat, but just barely. About 50.86% of voters under the new lines voted for Republican Donald Trump in the 2020 presidential race, compared to 47.74% who voted for Democrat Joe Biden. By comparison, about 53.55% of voters under the old lines favored Trump and just 45.04% went for Biden.

But notably, parts of the district where Franklin performed the best followed the Republican into CD 18, while many parts of Hillsborough County where Cohn did well remain in the new CD 15.

“We analyzed it. I have an incredible team of people who worked with me,” Cohn said. “Once we came to the conclusion this is a great district — much better on paper than the one I ran in in 2020 — it was a go. We went about setting the campaign up in a way that I know is going to be successful.”

That said, a congressional seat with no incumbent — a swing district no less — has drawn plenty of interest on both sides. Cohn was the last of five Democrats to qualify for the seat, and faces political consultant Gavin Brown, video producer Eddie Geller, Army veteran Cesar Ramirez and aerospace contractor Bill VanHorn. Five Republicans are running as well.

While Cohn was the last person into the race, he came with momentum. Three Florida members of Congress immediately endorsed him. That included U.S. Rep. Debbie Wasserman Schultz, co-Chair of the Florida congressional delegation and co-Chair of candidate recruitment for the Democratic Congressional Campaign Committee.

“It’s her job in Florida and around the country to find candidates in districts that can be won,” Cohn noted. “I think that says a lot about the determination to win this race.”

Cohn has performed in Democratic Primaries before. He defeated former state Rep. Adam Hattersley, now the Democratic nominee for Chief Financial Officer, for the CD 15 Democratic nomination in 2020. He hopes his history in the community again lifts his candidacy.

He has appeared on television waves in Tampa and Sarasota for years, including nearly seven years as anchor and managing editor for ABC-7. He joined Omni Public last year as a political consultant.

Through his work as an investigative journalist, Cohn said he already has shown an ability to deliver for constituents in the area. In the Tampa market, he conducted an investigation into a company taking advantage of elderly veterans, and ended up working with U.S. Rep. Gus Bilirakis, a Palm Harbor Republican, on legislation strengthening federal law as a result. That also shows an ability to work with lawmakers across the aisle.

He also pursued stories on individuals claiming to be decorated soldiers but who ended up being charged under federal stolen valor laws. He covered issues in Washington, and stood in the halls of Congress with an X-ray machine once to vividly illustrate the story of a veteran denied coverage for an injury endured in service even though a bullet was still wedged in his body.

The combination of name recognition and a working knowledge of the workings of Congress prepare Cohn for the campaign trail in a race where he believes the winner will be determined by independents and swing voters.

“This is something Republicans, Democrats and independents have seen me do for many years,” Cohn said. “I’m the only candidate in the race that can generate that kind of support, and political experts will tell you that no matter what the partisan breakdown or the political performance of a district is, when there is an open seat, it is an incredible advantage to somebody like me.”

Cohn also raised his family in the district. His two children graduated from Wharton High School in Tampa. His son, Aaron, now pitches for the Oakland Athletics.

He expects voters this year more than ever will want a Congressman who can promise effectiveness. Above all, he hopes a personal commitment to democratic principles wins over constituents, something he recently espoused in an op-ed published by Florida Politics.

nextPost-Roe: Dems challenge GOP to show they care for mothers