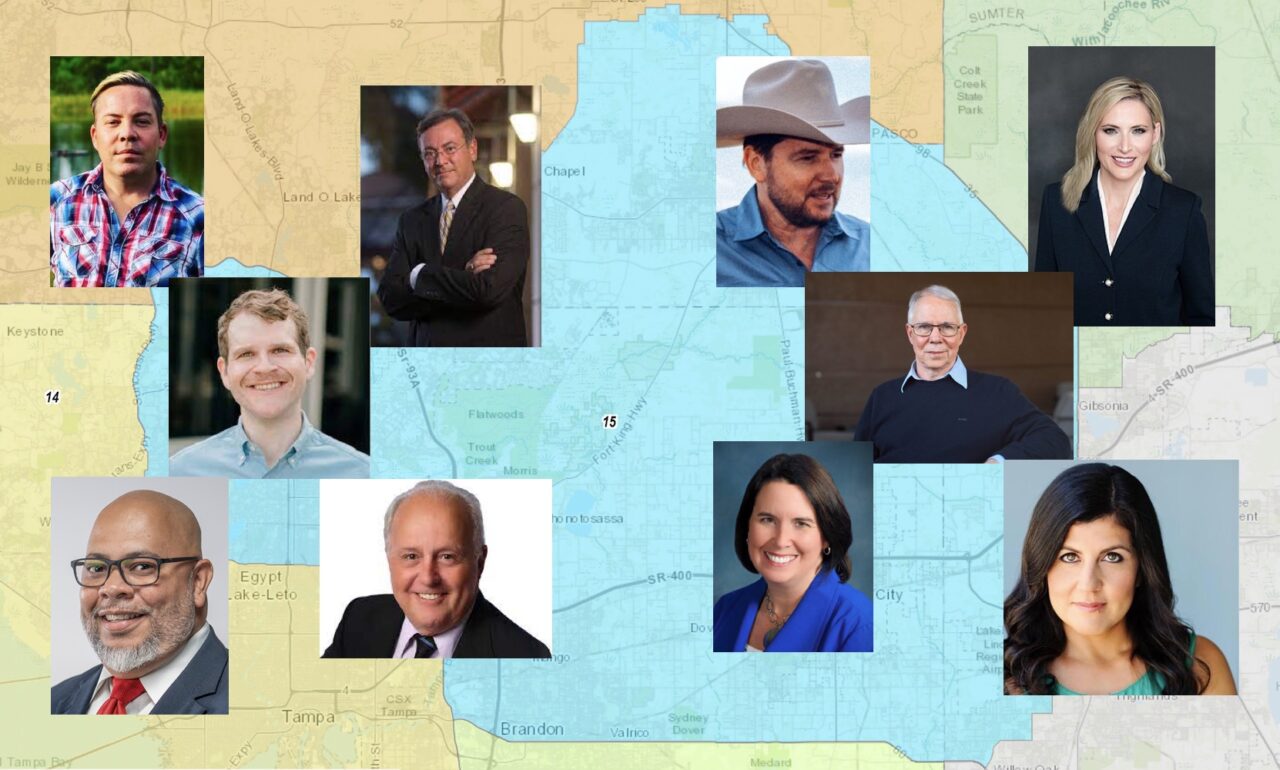 The field of candidates in Florida’s newest congressional district is set.

With Florida picking up a congressional seat based on the 2020 Census, Florida had to make room for one more seat.

Gov. Ron DeSantis signed a new congressional map in May that significantly remakes the Central Florida political landscape. CD 15 has no incumbent, and the creation of a new seat drew incredible interest on both sides. The seat leans Republican— but barely. About 50.86% of voters in the district under these lines favored Republican Donald Trump in the 2020 Presidential Election, compared to 47.74% who voted for Democrat Joe Biden.

The only major qualification week entrance came from Cohn, who opened an FEC account just Thursday and qualified through the Division of Elections the following morning. He won the Democratic nomination in 2020 to run in a prior configuration of CD 15, ultimately losing to Republican Scott Franklin. But Franklin on the new map shifted his candidacy to Florida’s 18th Congressional District.

Cohn still had almost $33,000 in cash on hand left over in his last race that can carry forward into this race. That still means he starts behind others in terms of fundraising, but he brings a network of donors both from the last election and a run in 2014.

Geller, who came into the race with a retro jingle, has proven a solid fundraiser for a first-time candidate, having raised more than $280,000 since entering the contest. That makes him the only other Democrat with more than $10,000 in the bank.

The same can’t be said on the Republican side, where a number of experienced and political connected politicians have entered the field.

Toledo has raised upward of $350,000 since jumping into the race early this year, and she leads the cash race handily having spent little of her money as of the first quarter of 2022.

McGovern stands out among the non-traditional politicians. A former advisor to Gen. David Patraeus, he has more than $232,000 in the bank.

Stargel and Lee are more recent entries and haven’t posted fundraising numbers yet. But Stargel, the Senate Appropriations Chair the last two years, and Lee, a prominent member of Gov. DeSantis’ administration and a former judge, can both be trusted to raise competitive amounts.

The race has seen more surprise exits than entries in the weeks leading to qualification. U.S. Rep. Dennis Ross, a Lakeland Republican, had planned a comeback when it was clear a new district would cover much of his old one, but he stepped aside as a crowded field built around him on the Republican side.

Businesswoman Lily Ramcharran, who generated less buzz but raised more than some other Democrats in the field, failed to qualify in the end.

The biggest surprise may have come midweek when Republican Jay Collins, an Army Green Beret and successful fundraiser who has rallied almost $770,000 in resources, closed down his congressional campaign to instead run for Florida Senate against Democratic incumbent Janet Cruz.