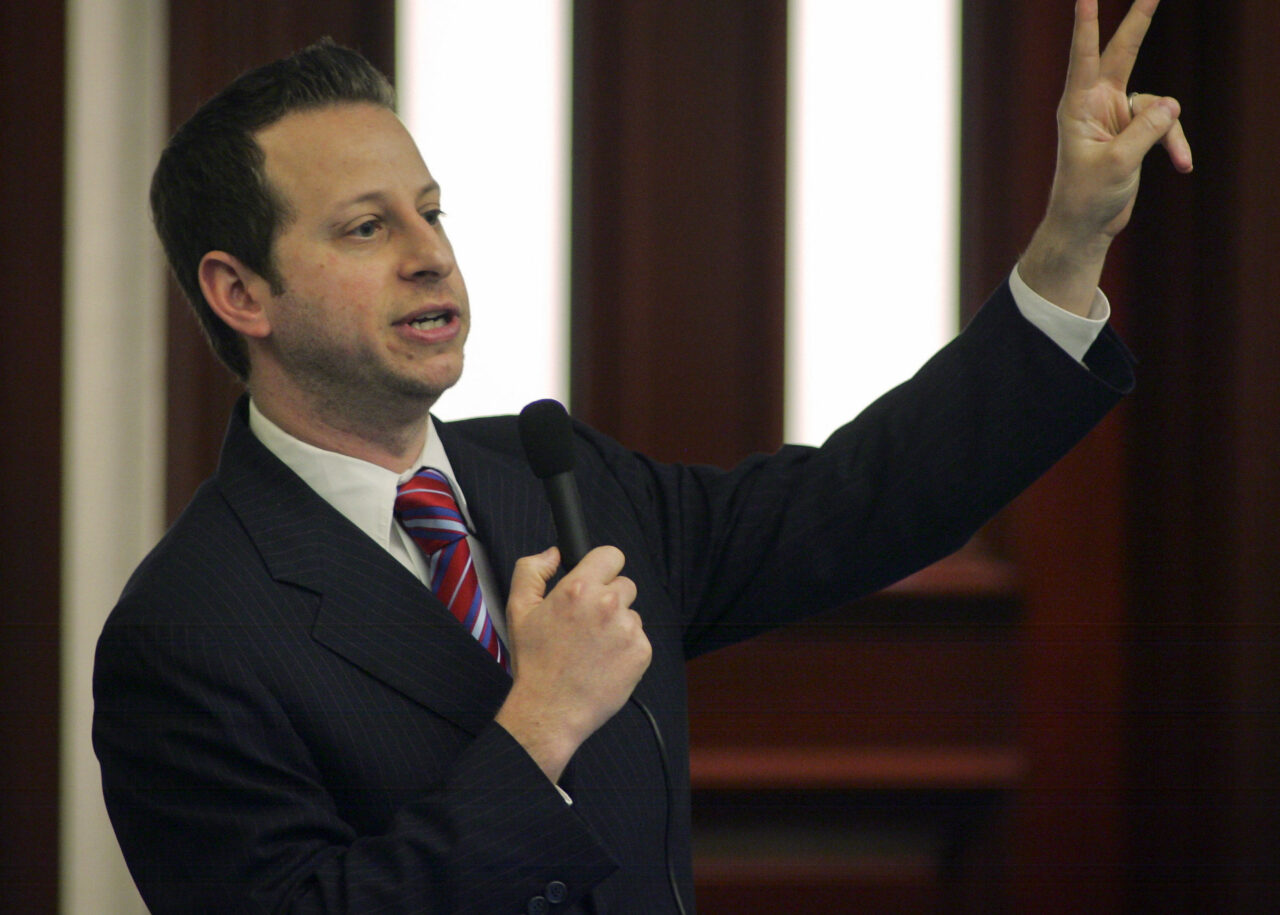 ‘We need more champions in Congress to help prevent gun violence and save lives. (Jared Moskowitz) will be one of those champions.’

Broward County Commissioner Jared Moskowitz’s campaign for Congress now has the support of arguably the most well-known female politician in America.

The former First Lady, Senator and Secretary of State backed Moskowitz, a former state Representative, in a brief Twitter post. She cited his successful work in the Legislature to enact better gun control measures following the Parkland tragedy as a reason.

“We need more champions in Congress to help prevent gun violence and save lives,” she wrote. (Jared Moskowitz) will be one of those champions.”

We need more champions in Congress to help prevent gun violence and save lives. @JaredEMoskowitz will be one of those champions. https://t.co/TTZ6vY8oSK

My friend @fred_guttenberg lost his daughter in the Parkland shooting.

In the aftermath, I worked with him & other MSD families to turn anguish to action. We stood up to the NRA to pass gun violence prevention laws in Florida.

I know we can do the same in Congress. Watch below. pic.twitter.com/O2PuC8Ihe0

“I never imagined my life story would be about gun violence. Parkland wasn’t just about my daughter and the other 16 that were killed. It was so much bigger than that,” he said, adding that subsequent gun restriction legislation — the first of its kind in decades — wouldn’t have passed without Moskowitz’s impassioned support.

“This legislation could not have passed without an elected Democrat like Jared Moskowitz. The work he did is the reason we have life-saving gun legislation in Florida. I will always love Jared for what he did.”

Moskowitz is something of an anomaly in Florida politics, an outspoken Democrat who has repeatedly enjoyed support from the state’s top Republican, Gov. Ron DeSantis.

A former Parkland Commissioner, Moskowitz won a race for state office in 2012, when residents of northern Broward, including Coral Springs, elected him to represent them in the House. He won re-election three times.

He resigned early in January 2019 after DeSantis tapped him to run the state’s Department of Emergency Management.

Moskowitz’s management of Florida’s natural disasters and the outbreak of COVID-19 earned him the nickname “Master of Disaster.” He held the job until February 2021, when he resigned with DeSantis’ support.

Just nine months later, the Governor again called on Moskowitz to replace Barbara Sharief on the Broward County Commission. His term runs until November, when he hopes to win a seat in Congress representing CD 23, which spans Broward and Palm Beach counties.