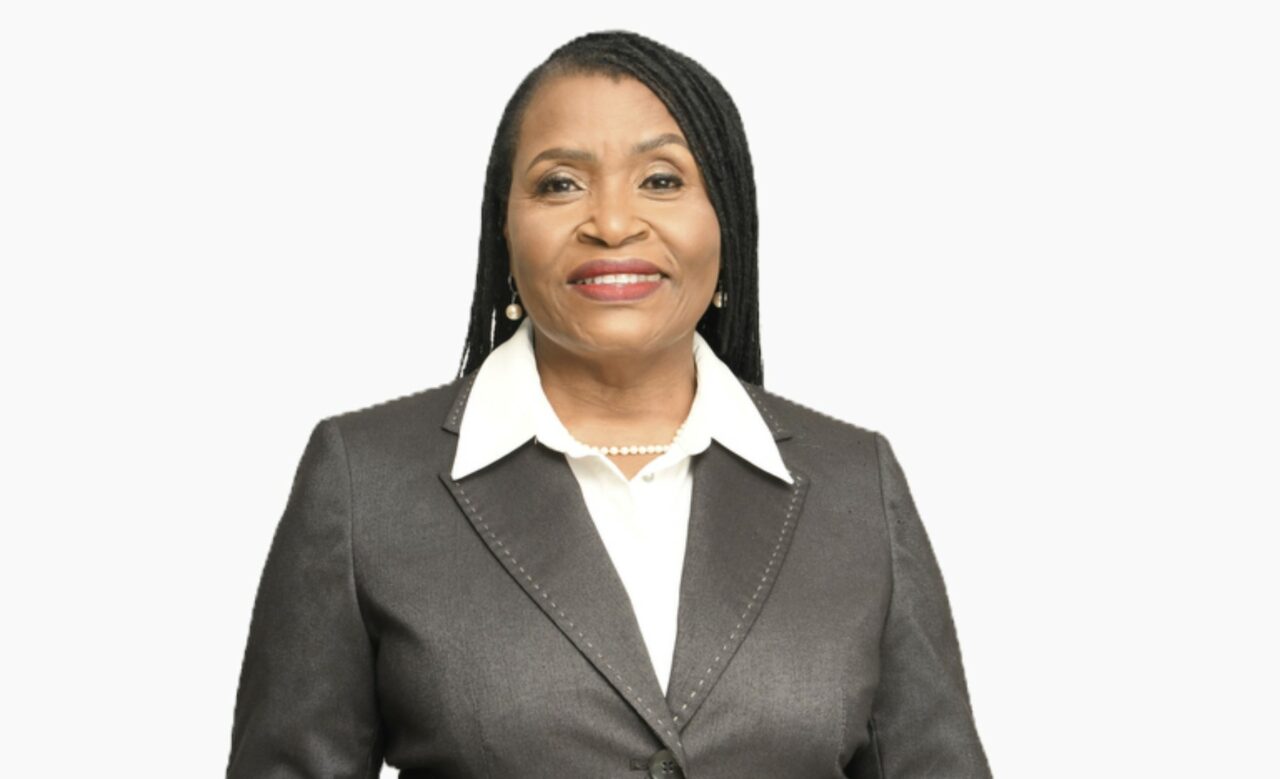 She will succeed Commissioner Jean Monestime, who must leave office due to term limits.

After decades of community service and government advocacy, nonprofit director Marleine Bastien is headed to County Hall to take the District 2 seat on the Miami-Dade Commission.

She is the first Haitian American woman to win a seat on the Board.

With all precincts reporting, all in-person votes counted and a full tally of mail-in ballots, Bastien had 59% of the 37,430 votes cast compared to 41% for Bien-Aime.

“Tonight’s victory is for ALL the residents of District 2!” Bastien wrote on Twitter at 9:43 p.m.

“I am humbled and honored to serve as your next County Commissioner for District 2. Together, we will work for a better and more inclusive District 2 that gives everyone a fighting chance to thrive. Thank you for your vote and confidence!”

Miami-Dade Commissioner Jose “Pepe” Diaz, the current Board Chair, wrote: “I would like to congratulate Commissioner-elect (Bastien) on her election win… Wishing you all the rest and looking forward to working with you.”

For Bastien, a social worker whose Family Action Network Movement nonprofit provides social services to low-income and working-class residents, the race marked her first run at — and successful election to — elected office.

Miami Springs Councilman Victory Vazquez, who ran this year for another seat on the Commission, tweeted simply, “Congratulations!”

Florida Politics reached out to Bien-Aime for comment and will update this story upon receipt of one.

Bien-Aime and Bastien emerged as the No. 1 and 2 vote earners, respectively, among six candidates who competed in an Aug. 23 election for the District 2 seat. Since neither secured more than half the share of votes cast, Miami-Dade law requires them to compete in a runoff.

That guaranteed that regardless of who won Tuesday, the seat would remain in the hands of a Haitian American. Monestime, who won office in 2010 and Chaired the Miami-Dade Commission from 2015 to 2017, is the first Haitian American to serve on the Board.

The district leans heavily Democratic and is home to many of Miami-Dade’s approximately 470,000 Black residents, many of them Haitian. However, the Miami-Dade Commission is a technically nonpartisan body, as are its elections.

Bien-Aime and Bastien’s campaign platforms overlapped in several areas. Both vowed to support entrepreneurs and local businesses to boost employment and prosperity in the district, which ranks among the poorest in the county.

Bien-Aime wanted to activate the district’s parks with more programming and community events, tamp down crime and invest in cleaning up the community with better sanitation services, home rehab programs and education for first-time homebuyers, among other initiatives.

Bastien, meanwhile, wanted to curb gun violence and improve pay equity, particularly for women. She also said there needs to be more lighting throughout the district and programming to help house people living in their cars, a situation she described as a “new breed of homelessness.”

In terms of financial muscle in the District 2 race, Bien-Aime was unmatched. This election cycle, he amassed more than $1.46 million between his campaign account and political committee, Progressive Advocates for Change.

The donations he took skewed heavily toward the real estate and development sector, including two-thirds of the $1.1 million he received through his PC.

Bastien raised a comparatively modest $334,000 since launching her campaign in October 2021. Her donations were overwhelmingly grassroots, with most personal checks coming in at $250 or less.

Both candidates were born on the island nation of Haiti a roughly 73-mile drive apart from one another.

Bien-Aime, 57, was born in the capital city of Port-au-Prince. He immigrated to America in the 1990s and held a variety of jobs — journalist, car salesman and auto dealership owner among them — before settling into work in insurance and taxes.

He won a seat on the North Miami Council in 2013. A year later, he served a short stint as acting Mayor, a role he later earned in full following the city’s 2019 election.

The city has been on an upward trajectory since, he said, citing the work being done through its community redevelopment agency, which he called the best in the county. North Miami also enjoyed a financial turnaround under his leadership, including a 15% reduction in expenditures and moving from a $14 million deficit to a $3.8 million budgetary surplus.

“We reduced crime by 22%, lowered property taxes by half, added over $6 million in assets and brought 14 quality developments to the city,” he said. “The city is better off today than yesterday, and … now I’ve decided to run for District 2 on the Miami-Dade Commission so I can continue to serve the people.”

Bastien, 63, was born in the small village of Pont-Benoit to farmer parents who built a school for children and adult literacy. She moved to the U.S. in the early 1980s and worked as a paralegal at the Haitian Refugee Center and as a social worker at Jackson Memorial Hospital, the flagship institution in Miami-Dade’s public health system.

In 1991, she founded Haitian Women of Miami, a nonprofit located in the city’s Little Haiti neighborhood, to fill a gap in services the county provides to residents in need. She later renamed the organization Family Action Network Movement. Its acronym, FANM, translates from Haitian Creole to “woman.”

Today, FANM operates with about 30 employees and a more than $2 million yearly budget to provide wraparound services to some 10,000 South Florida residents.

Her community connections and activities were and remain myriad. She was the founding treasurer of The Children’s Trust, which today offers resources for pregnancy and parenting, health insurance access, education, children with special needs and is a top funder countywide of after-school, youth enrichment and summer camp programs.

She co-Chaired the Human Rights Campaign with the late Congresswoman Carrie Meek, one of many elected officials from both sides of the political aisle with whom she became friends. And her expertise saw her testify before Congress, the Organization of American States and the United Nations.

Bastien told Florida Politics she was asked on multiple occasions to run for public office, including twice by Monestime, who endorsed her after the Aug. 23 election as his preferred successor. She said the timing was never right until this cycle.

“All the stars aligned. It made sense,” she said. “We have a lot of problems. That’s why you need someone who knows of the problems, has management experience, competence, courage, the skill set to do it and the passion to serve. And work hard — I’m always working.”

A passel of local unions and advocacy groups, including but not limited to the South Florida AFL-CIO, SAVE Action PAC, SEIU, AFSCME, Florida Rising, Planned Parenthood, Unite Here! Local 335 and Transport Workers Union Local 291, similarly threw their support behind her.

“This was a pivotal race and Ruth’s List is proud to have made a significant investment in her campaign,” Ruth’s List Florida President and CEO Lucy Sedgewick said in a statement. “Marleine is a champion for her community and a leader who will work tirelessly to improve the lives of everyone in District 2.”

In an accompanying statement, Bastien said she is grateful for the “unwavering support” Ruth’s List gave her.

“Their investment in my race was instrumental in enabling me to get my message out to the voters,” she said. “Their expertise in what it takes for women to run winning campaigns is unparalleled. I look forward to continuing to work with Ruth’s List to support other women candidates in breaking glass ceilings.”

Bien-Aime’s political career hasn’t been without controversy. In 2018, he was accused of sexual harassment stemming from an alleged incident two years before, when a former staffer said he propositioned her. He settled out of court and has consistently maintained he is innocent of any wrongdoing.

Asked during a Florida Politics interview about the disproportionate donation sums from real estate interests, Bien-Aime alleged that Bastien accepted contributions from the same groups. The only difference, he said, is that she takes the money through her nonprofit organization rather than her campaign.

“I receive donations from them while I’m running for office, while she receives money from them through her organization,” he said. “Everybody receives that. The Mayor of the county receives donations from the same group of people. The cities — all those people find us every campaign. It’s not unique to me.”

Bastien, who collected a salary of $83,223 in 2019 for her work as FANM’s director — $5,000 less than she earned in 2018, according to the company’s tax filings — called Bien-Aime’s accusation “crazy” and said FANM receives no money from real estate interests.

FANM’s 2019 Annual Report supports her claim. It lists 12 funders and 19 sponsors, none of which are real estate entities. Seventy-seven percent of the organization’s funding is from Miami-Dade County.

“And it’s all public records, so you can see I don’t receive any money from real estate,” she said. “You cannot give credit to anything he says. He’s a serial liar.”

That harsh sentiment is a far cry from kinder words Bastien had for Bien-Aime when she endorsed him and helped him fundraise in his four previous runs at public office. But running against him has revealed his true colors, she said.

In an interview with Florida Politics, Bastien accused Bien-Aime’s camp of removing her campaign signs from public rights-of-way. She said operatives working for him attempted to bribe some of her supporters into leaving her campaign and disrupted a public forum the two participated in until police intervened.

On the day voters got their absentee ballots in the mail, she said many people in District 2 told her they received bags branded with the North Miami logo containing expired cans of beans, sardines, rice and spaghetti. What she described is similar to goods Bien-Aime and his administration handed out to residents at the onset of the pandemic.

Bien-Aime denied Bastien’s charges and noted his city has operated a food-distribution program with Farm Share for years.

“This is a distraction. She campaigned with me for four campaigns, and I never did any nasty campaigning,” he said. “It’s desperation. They feel they have to make allegations.”