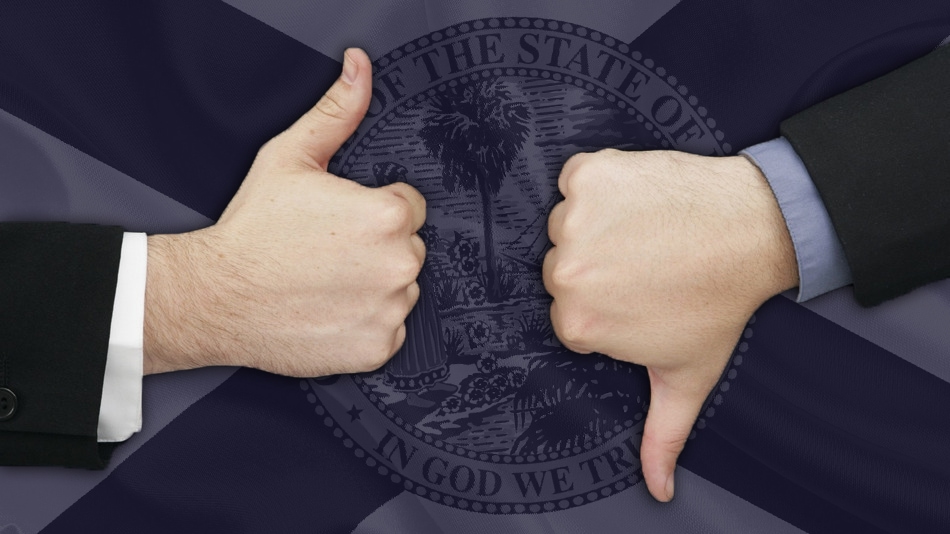 Republicans are expanding school choice, but are they making Florida's schools an appealing choice for teachers?

Gov. Ron DeSantis has proudly, and repeatedly, claimed Florida is “where woke goes to die.” But the harder the Governor and his allies push this crusade, the more it’s beginning to feel like he is beating a dead horse.

Don’t get me wrong, this schtick is playing great with the Governor’s base. He is clearly looking to frame himself as America’s leader anti-woke warrior ahead of an eventual presidential run (whether that be in 2024 or 2028), and frankly, it just might work.

This also is not another “Democrat media operative” shilling for the Left. I don’t disagree with all of the purported policy goals behind the Governor’s anti-woke actions. Parents do deserve a significant say in what their children are learning at school (though it would be nice if that was accomplished by more direct and less stigmatizing language, rather than the broad bill we got). And genuine scientific debates can often be stamped out by some if the “wrong” argument is being made (though, to be clear, not all “anti-establishment” science is good science).

So that’s not to say the Governor shouldn’t be acting at all. But do these issues of “wokeness” really deserve the all-consuming attention it’s getting from the Governor’s Office and keyboard warriors online? Consider the slate of headlines seen around Florida just this week:

— DeSantis’ gas stove aprons sell out, restock ‘by popular demand’ (part of the new war on a policy that’s not even being implemented nationwide)

— Ron DeSantis squares off with new ‘woke’ foe: The NHL?

Again, that’s just this past week! And that’s not even mentioning ongoing chatter about the Governor trying to revamp one of the state’s most liberal colleges into a conservative institution, as well as more errant comments about the COVID-19 vaccines, the discussion of which has turned into a cultural flashpoint of its own.

Honestly ask yourself: How often are these issues directly affecting your own life?

I’m not talking about how often it’s on the news, where cherry-picked anecdotes can shape opinion among Democrats or Republicans. And, frankly, some of this angst is driven by left-leaning groups or elected officials who, at times, don’t see others’ opinions as valid cultural differences, but frame them as hateful instead. That puts people on the defensive and can drive people to push for action.

But again, how many times does this really come up in your daily life? The state is doing well in many areas, but is woefully struggling in others. And it’s worth asking whether our elected officials should be spending more time on pocketbook issues rather than stirring up controversy because it plays well.

And the best way to do that is to stop rewarding leaders ginning up controversy for controversy’s sake.

Woodie, who works for Buchanan in the district next to Steube’s, was actually in the area doing part-time delivery work when he came across Steube. Steube reportedly fell around 25 feet, suffering several injuries to his arm, back and rear area.

Steube was hospitalized with those injuries, several serious. But the accident does not appear to be life-threatening, and that’s thanks in part to Woodie arriving on scene and taking action to get Steube the help he needed.

“He is making progress and in good spirits,” read a statement from the Steube camp. “Congressman Steube and his family would like to express their deepest thanks to the team of doctors, nurses and medical personnel treating him.”

The phrase “right place, right time,” comes to mind. All should give a huge thanks to Woodie for stepping in when he did.

Almost (but not quite) biggest winner: Gun rights advocates. Those aiming to limit regulation of guns in the state got welcome news this past week, when the GOP-controlled state Supreme Court kept in place punishments for local officials who defy the state’s preemption on gun control laws.

A 1987 law blocks local governments from passing stricter gun control measures than those approved at the state level. In 2011, state officials went further, adding penalties for local officials who violate that preemption, including fines of up to $5,000.

Some local officials have argued that provision curtails any local regulation, as officials fear they may overstep those boundaries and be forced to pony up, even when unintentionally crossing the line.

A lower court struck down those penalties, but kept the original preemption in place. But as the case was appealed up to the state Supreme Court, the penalties were ultimately left in place by SCOFLA Justices.

“Local governments, including counties and municipalities, are creatures of the State without any independent sovereignty,” the decision reads.

School choice supporters have pushed for the move in recent years, and momentum is moving in their favor in several states. The designation of filing the bill as HB 1 signifies the Legislature is treating the measure as a top priority, as that bill number has stood as a symbol for the Legislature’s big pushes in the past.

The measure would also allow parents home-schooling their children to access state funds.

“School choice empowers parents, creates competition, fosters innovation and raises the level of excellence in all of our schools,” Renner said. “HB 1 will give every parent the freedom to customize their children’s education with a learning program that fits their unique needs.”

But Democrats disagree, framing the expansion as another siphoning of money from the state’s public schools.

“This (bill) is a continuation of Republican attacks on our public education system that helped create the American Dream by providing education to the rich and the poor alike,” said House Democratic Leader Fentrice Driskell of Tampa. “Our public school system truly is the great equalizer but my Republican colleagues clearly do not believe that it should continue to be.”

But with Republicans holding a supermajority, there is nothing Democrats can do to effectively stop the legislation. It’s all but a done deal once Session formally begins in March.

An investigation, however, shows he recently moved to a home in Davie.

Davie is not in North Miami Beach. Oops.

DeFillipo, of course, is challenging that investigation’s conclusion, as it would mean he is not eligible to serve as Mayor of North Miami Beach. But City Commissioners are up in arms and are essentially refusing to meet as long as DeFillipo holds on to the position.

“In an abundance of caution and to avoid inflaming the situation, I decided not to stay for the commission meeting,” Commissioner Michael Joseph wrote to the Miami Herald regarding an aborted meeting Tuesday. “As Vice-Mayor, I cannot let fraud coverups continue to interfere with the business of the city, and I will be working with the city attorney, city manager and law enforcement on how to proceed.”

If DeFillipo is confirmed to have moved out of city limits, then his seat will become vacant and remaining North Miami Beach Commissioners are able to fill it. But as long as DeFillipo and his attorney fight the claims, it appears the North Miami Beach city government will remain at a standstill.

Almost (but not quite) biggest loser: Florida renters. Yes, rent is too damn high. Yes, it’s been that case for a while in Florida. But a new study shows just how outsized a problem it is in the Sunshine State.

A Florida Atlantic University study shows Florida markets make up nine of the top 21 overpriced rental markets in the entire country. The state holds all three of the top spots.

Florida is quickly becoming unaffordable for many looking to live here. Yet it is still true that residents and businesses are flooding into the state. But it’s safe to assume many of those transplants have cash to make the move, while longtime residents could be priced out if things get worse.

Hopefully the Legislature gets woke to the problem and tries to address it this Session.

The biggest loser: Schools in need of teachers. Here’s another problem which is surely affecting many families directly: Florida teacher vacancies sat about 5,000 in January. That’s a sign the state needs to act before things get even more out of hand.

This is an area where the Governor and the GOP-controlled Legislature have tried to step in. DeSantis led on a fight to increase starting teacher pay around the state, aiming for a $47,500 starting salary. He’s also pitched allowing retired cops and military personnel to transition into teaching to fill some of the open positions.

But as of yet, it hadn’t been enough. January’s total vacancies sat at 5,294, well above the pre-COVID-19 number of 1,492 in 2018. There are another 4,600 openings for aides and other workers, according to reporting from the Orlando Sentinel.

And while the pay bump for starting teachers was welcome, veteran teachers are still looking for a salary boost.

Even the recent migrant influx is affecting the problem, leading to a surge in enrollment in Miami-Dade County. More students means a need for more teachers, lest classroom sizes become bloated.

While Renner is hoping offering more access to alternative schooling options will benefit the state’s families, that can only happen if enough people are willing to take charge of the state’s children and educate them. And right now, things aren’t looking great on that front.