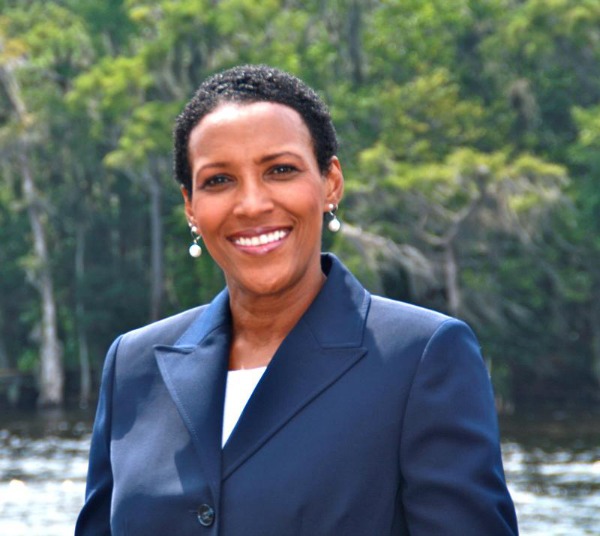 A review of the financial disclosure of Glo Smith, the GOP nominee in Florida’s Congressional District 5, shows there’s not much to hide … and not much in the way of personal assets to use if she wanted to self-finance to boost her campaign’s fairly anemic cash-on-hand.

Smith, who reported having $11,908 on hand as of the end of September, has spent the bulk of her campaign’s expenditures on operational costs: gas, food, tolls.

And her financial disclosure reveals why.

Essentially, Smith is a member of the middle class.

Smith has made $15,000 from the Douglass Leadership Institute.

The institute is a nonprofit that seeks to “educate, equip, and empower faith-based leaders to embrace and apply biblical principles to life and in the marketplace.” Its most high-profile action thus far: being part of the opposition to the Houston Equal Rights Ordinance.

Smith’s husband will make $53,520 from his position with the state attorney’s office.

Smith’s modest means are a contrast to the well-heeled Al Lawson, her Democratic opponent, who made over $200,000 last year, the bulk of it from commission sales related to health care companies.

Lawson also has a number of lobbying and consulting gigs that pay more than $5,000 a year.

He lobbies, meanwhile, for Excellence in Education, Charter Schools USA, Accolite (an Indian company that handles IT needs for healthcare companies), and the Leon and Gadsden County boards of county commissioners.

Lawson seems to be a careful investor, and his assets dwarf his liabilities.