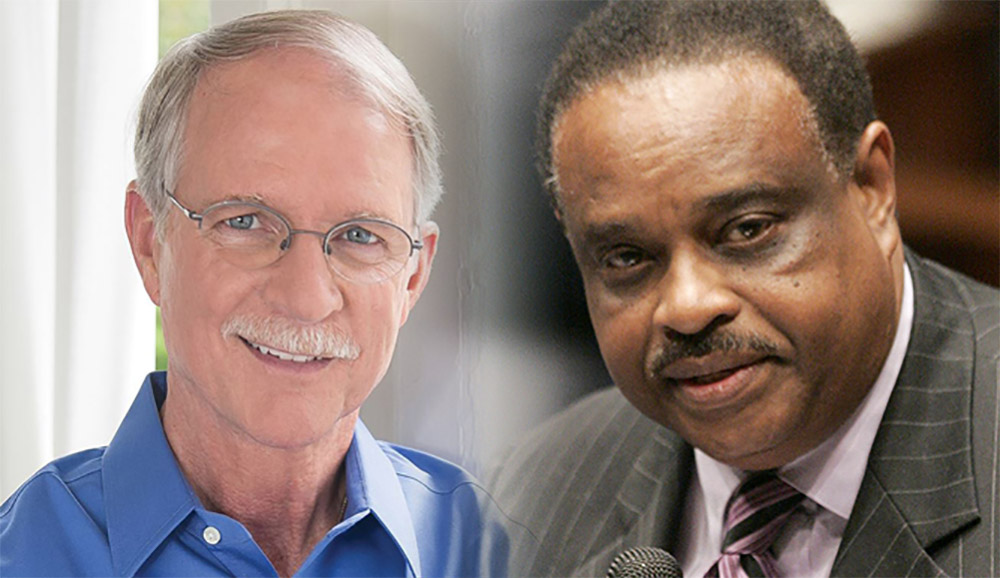 Northeast Florida will have a completely new Congressional delegation in January, as the Associated Press has called the races in its two districts, and both were won by candidates looking to bridge the partisan divide.

As widely expected, Republican John Rutherford downed Democrat David Bruderly in the 4th Congressional District: 280,319 to 110,257 (70 percent to 28 percent) was the margin.

Rutherford’s margins of victory, consistent throughout the district, ranged from 68 percent in Duval County to 72 percent in St. Johns and 79 percent in Nassau.

A measure of Lawson’s strength: beating Smith by 26 points in Duval in the unofficial tally. Smith carried just two of the nine counties in the district: Baker and Hamilton, where she made concerted plays.

Lawson won by 50 points in Leon County, the home base of the former “Dean of the Legislature” and Florida A&M  basketball star.

In Tallahassee at his victory party, Lawson noted it had been a long race, going from one December almost to the next, before thanking his family and campaign workers throughout the district — including Duval.

“The people in this district are concerned about jobs, economic development, health care … student loans,” Lawson said, vowing to make sure the government and Wall Street doesn’t “benefit off the back of students.”

Rutherford and Lawson, despite the party label divergence, had some similarities. Both were backed by industry groups and members of the Jacksonville establishment.

During his victory speech, Lawson stole a line from Rutherford: “Washington is broken,” citing “gridlock” as the reason.

“I’m just on loan to do a job for you … I want to make sure you’re proud of the person you sent up there,” Lawson said.

Both Rutherford and Lawson have voiced interest in working across the aisle to accomplish policy priorities — an important consideration as they replace tenured congressional veterans Ander Crenshaw and Corrine Brown.

Both also emerged from contentious primaries. Lawson upended a wounded Corrine Brown, whose focus and fundraising were divided by Brown’s fraud trial. Rutherford dealt with the challenge of the moneyed Hans Tanzler III and the experienced State Rep. Lake Ray; despite essentially being coronated as the establishment candidate as soon as Crenshaw announced his retirement, decisions — like standing by State Attorney Angela Corey — in her doomed primary bid cost Rutherford, a former Jacksonville sheriff, support.

Both also benefited from meaningful support from the party establishment. Lawson was ceded a speaking slot at President Barack Obama’s “Hillary for America” rally in Jacksonville. Meanwhile, House Majority Leader Kevin McCarthy came to town on behalf of Rutherford as the campaign entered its stretch run.

Rutherford and Lawson will have to work together quickly on a number of important issues, including securing dredging money to deepen the harbor for JAXPORT and ensuring that Jacksonville doesn’t lose ground in the next round of BRAC negotiations.

GOP powerbroker Susie Wiles, until she took helm of the Florida campaign for Donald Trump, introduced Lawson to reporters ahead of the August primary. Lawson also ended up getting meaningful backing from the Jacksonville donor class over a Republican candidate, a sign of his reputation for pragmatism.

Lawson offered special thanks to his campaign team in Duval also.