Days ago, it appeared the slate of police reforms pitched by the Florida Legislative Black Caucus had stalled out for the Session, but the House Judiciary Committee voted Thursday to introduce a proposed committee bill that includes some of their proposals. The bill (PCB JDC 21-01) is the product of months of negotiations between House leadership, the Black Caucus and law enforcement groups. It requires basic training on proportional use of force, including de-escalation techniques and intervening in another officer’s excessive use of force and chokeholds, such as the one that led to George Floyd’s death last year and sparked a wave of civil unrest across the country. The legislation also creates the “Kaia Rolle Act,” preventing children younger than 7 from being arrested or charged for crimes that aren’t forcible felonies. Here’s your nightly rundown.

Crackdown. The Senate passed the controversial anti-riot bill (HB 1) shipping it to the Governor for his signature.

Hot hand. Senate bills (SB 7078/SB 7080) that would decouple races and jai alai games from other gambling activities are ready for the chamber floor, just days after they were introduced.

Benefit boost. A Senate bill (SB 1906) that would increase the maximum weekly unemployment benefits from $275 to $375 took on some Democratic amendments on its way to the chamber floor.

Fightin’ words. Tempers flared during debate over a union bill  (HB 835), leading one lawmaker to insinuate another was a liar and the devil.

Forgotten graves. A bill (HB 37) that would address the issue of abandoned or neglected African American cemeteries in Florida moved forward in the House.

Keep out. A bill (SB 2010) to keep foreign influence from “countries of concern” out of Florida’s research institutions is handily moving through the Senate, just as it did the House.

M-CORES. The House has voted on legislation (HB 6059) to reroute a proposed toll road away from Jefferson County. Meanwhile, a House panel will consider another bill to scrap the rest of M-CORES.

High bar. A proposal (HJR 61) to raise the threshold for amending the Florida Constitution from 60% to two-thirds is headed to the House floor.

Flood funds. The full House approved a bill (HB 1429) that would allow the state’s tourist tax revenue to help pay for flood mitigation.

Eight is enough, part 2? Ending school board pay is no longer in play but adding term limits is under an amended resolution (HJR 1461).

Space junk. The House overwhelmingly approved a bill (HB 221) that would require debris that falls from orbit to be returned to space companies.

Unwritten rules. Legislation (HB 1409) to prevent local governments from creating their own unwritten gun policies is ready for the House floor.

Come on in. Technicians providing one of the more promising therapies for children on the autism spectrum could be cleared to operate in schools under a bill (HB 1401) that swept through the House.

Written consent. The House backed off a plan (HB 545) to require written parental consent before students could receive STD education in schools.

Fire safety. The House has unanimously OK’d changes (HB 823) to fire alarm repair regulations, allowing them to begin before local government signs off on a permit.

Your Metz Husband Daughton-sponsored question of the day is: Who was the first Cuban American Speaker of the House? 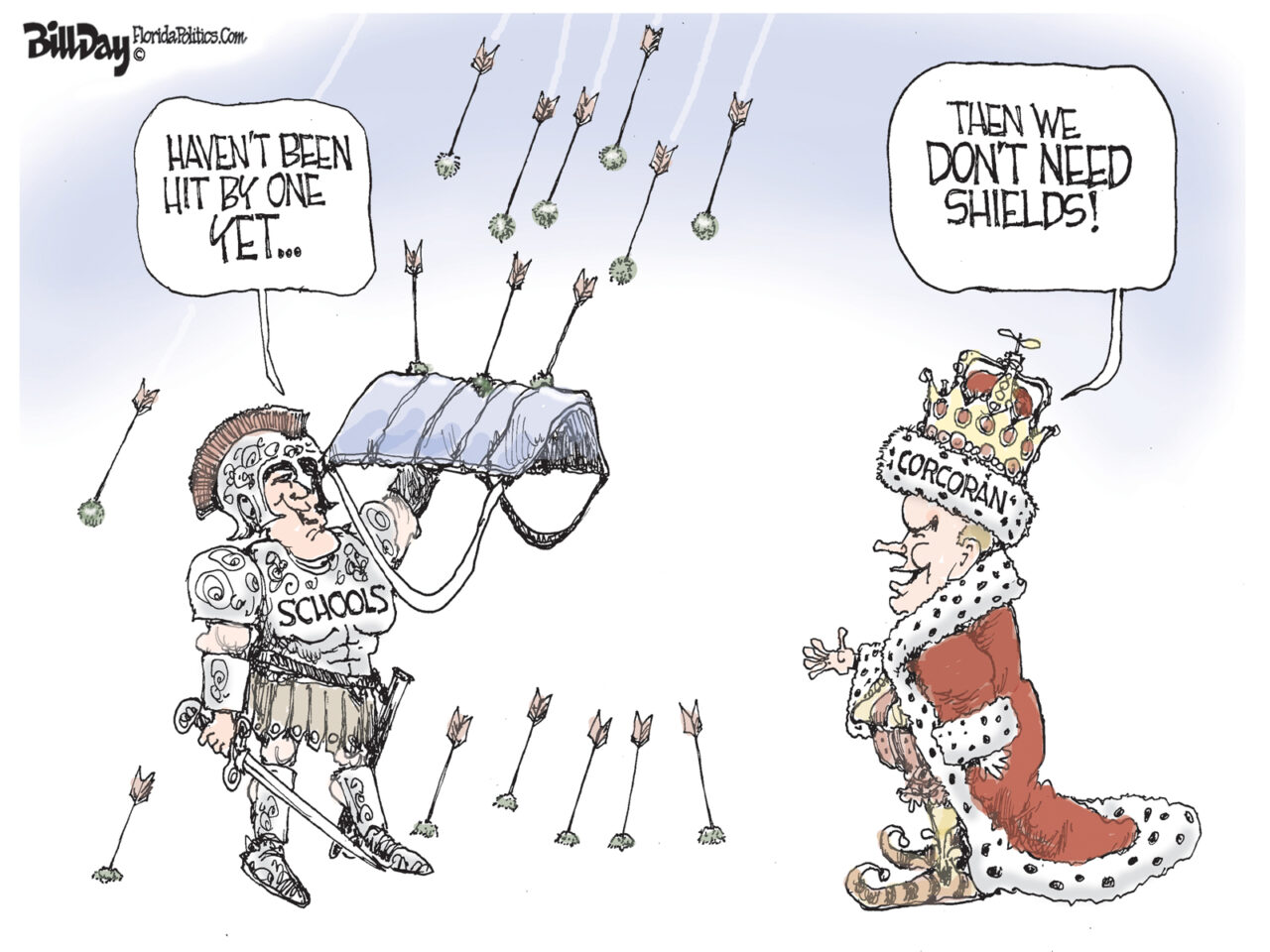 Rep. Jason Fischer is on his last term in the Florida House, but he’s hoping it won’t be his last term in state government. We talked to him about his campaign for Senate and a cybersecurity bill he helped write.

Florida Politics: You’re running for District 4 in the Senate. If you had to pick one thing for your campaign platform, what would it be?

Fischer: Education reform. I started off as a school board member. So, as you’ve looked at the time that I’ve spent here in the Legislature, I’ve worked on voucher programs. I’ve worked on charter school reform, and generally just making it easier for parents to be able to decide where their kids go to school.

Florida Politics: You’re running against some of your fellow Jacksonville Representatives in the House, Rep. Clay Yarborough and Rep. Cord Byrd. What’s that like to work with them and be running against them?

Florida Politics: You’re chair of the Government Operations Subcommittee that introduced two cybersecurity bills. Among the things they would do is create a cybersecurity task force and set standards for cybersecurity practices across state agencies. Talk about the process of those bills.

Fischer: Florida has had a history of screwing up technology projects over time. So, I was chairing the committee, so I’m not carrying those bills; other members are carrying those bills, but we’re the ones that helped put it all together and try to fix that process of technology. (Mike) Giallombardo and (Tom) Fabricio are both carrying bills in those spaces. As an electrical engineer as somebody who serves on the InfraGard Task Force, which is a private sector relationship that the FBI has on trying to create better cybersecurity within governments and the private sector level. So I’m very involved in writing and helping to write both of those pieces of legislation. I’ve done some of this work. 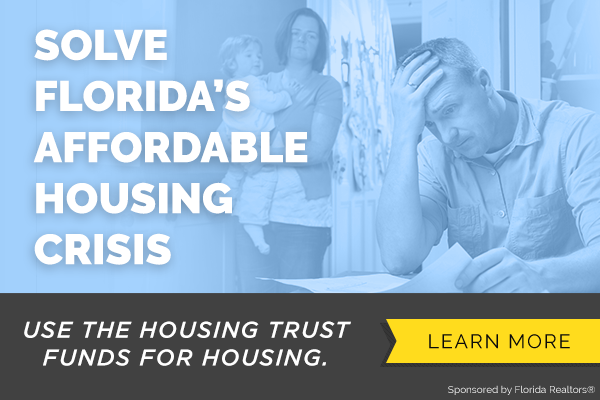 Gaming legislation is moving fast. After being revealed last week, the Senate plan is already headed to the chamber floor, and the House Commerce Committee OK’d its plan on Wednesday.

The bills would decouple permits for card rooms and other forms of gaming from requirements that parimutuels run quarter-horse races or put on jai alai games. It would also allow dog tracks, which can no longer run races following the passage of a 2018 constitutional amendment, to offer those other forms of gaming.

Thoroughbred race tracks are a notable exception from the decoupling plan, and the industry is dismayed that they’ll be the only pari-mutuel interest that must adhere to the requirement, which they say would put them at a competitive disadvantage.

Mike Rogers, President of The Stronach Group, which owns Gulfstream Park Racing and Casino in Hallandale Beach, told the House committee that the bills could be potentially “devastating to the Florida thoroughbred industry.”

Gulfstream’s tracks are two of a handful in the state. Another is Tampa Bay Downs. 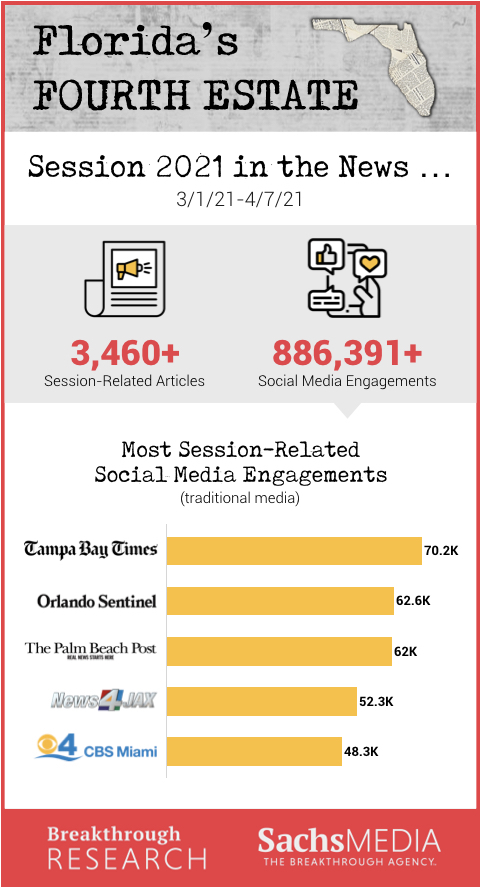 The Senate Appropriations Subcommittee on Criminal and Civil Justice will consider a bill (SB 402) that would end a requirement that local governments purchase newspaper advertisements announcing legal notices when it meets at 8 a.m. in Room 37 of the Senate Office Building.

The Senate Rules Committee will consider more than two dozen bills when it meets at 9 a.m. in Room 412 of the Knott Building. On the agenda are bills that would bring state tobacco laws in line with federal policy (SB 1080) and another (SB 518) to allow local governments to use drones for natural disaster response.

The House will hold a floor Session at 11 a.m.

— The Senate Special Order Calendar Group will meet in Room 401 of the Senate Office Building. The meeting will begin 15 minutes after the Rules Committee adjourns.