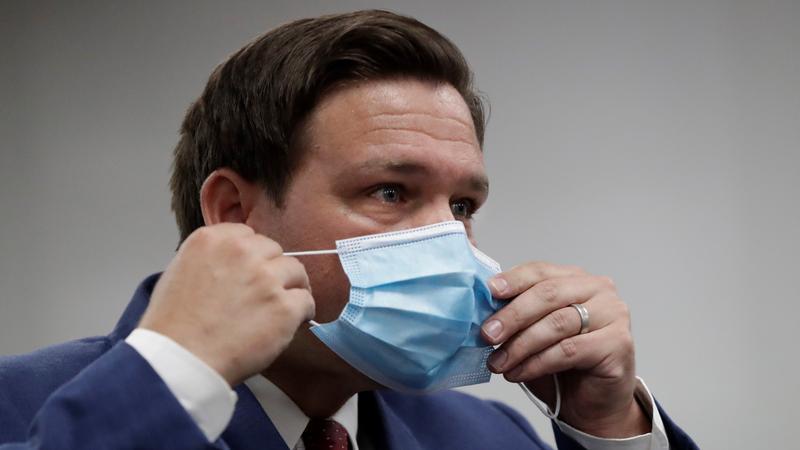 'Why would you oppose receiving ventilators when you clearly need those in your state?'

Gov. Ron DeSantis‘ office maintains there’s no shortage of ventilators anywhere in Florida despite the federal government shipping hundreds to the state.

The Department of Health and Human Services delivered 200 ventilators to Florida this week after a request from the Florida Department of Health for more of the breathing apparatuses critical in fighting severe cases of COVID-19. With a record number of hospitalizations for the disease in Florida in recent weeks, that raised questions of whether the state expects the current wave to worsen instead of leveling off like DeSantis says it is.

“There is no shortage of ventilators in Florida,” DeSantis’ press secretary, Christina Pushaw, said Wednesday in a statement to Florida Politics. “The request from DOH was just in case. It wasn’t in response to a shortage. We still don’t have a shortage.”

DeSantis on Tuesday told reporters he was unaware of the shipment or the Health Department’s request for ventilators, sparking questions about how DeSantis manages the pandemic. Off the cuff, DeSantis initially doubted HHS had ever sent a shipment.

The Governor’s Office maintains it is not involved in requesting ventilators from the federal government. The state Health Department takes requests directly to HHS.

“As a policy, we don’t send ventilators to states without their interests in receiving the ventilators,” Psaki said. “I think the most important question here is, why would you oppose receiving ventilators when you clearly need those in your state given the percentage of hospitalizations that are occurring?”

“When did the Governor ‘oppose receiving ventilators?’ Never. It’s important for the (White House) press secretary to be accurate and refrain from spreading disinformation. She represents the President, after all,” Pushaw said.

HHS provides ventilators from the Strategic National Stockpile. Those supplies can be used as a “short-term, stopgap buffer” when an immediate supply isn’t available locally. The state Health Department also maintains a warehouse with ventilators, part of its core function now in the fight against the pandemic.

“We ask ‘what do you need?’ And there haven’t been requests,” DeSantis said Tuesday.

Both Psaki and President Joe Biden have attacked DeSantis in named and unnamed criticisms of how he has managed the pandemic, particularly the latest wave. Biden on Wednesday said the White House was considering ways it could intervene to protect the salaries of school board members and superintendents who violate DeSantis’ prohibition on school mask mandates.

After Biden told DeSantis and other Republicans to “get out of the way” of local governments trying to combat the virus last week, DeSantis responded, telling the President that he was “standing in your way” and “I don’t want to hear a blip about COVID from you.” Biden dismissed DeSantis’ four-minute remarks, quipping “Governor who?“

Despite the weeks of back and forth with Tallahassee, Psaki says the Governor is not the main target.

“Our war is not on DeSantis,” she said. “It’s on the virus, which we’re trying to kneecap, and he does not seem to want to participate in that effort to kneecap the virus, hence our concern.”

nextNick DiCeglie raises $42K in July, $25K from The Villages