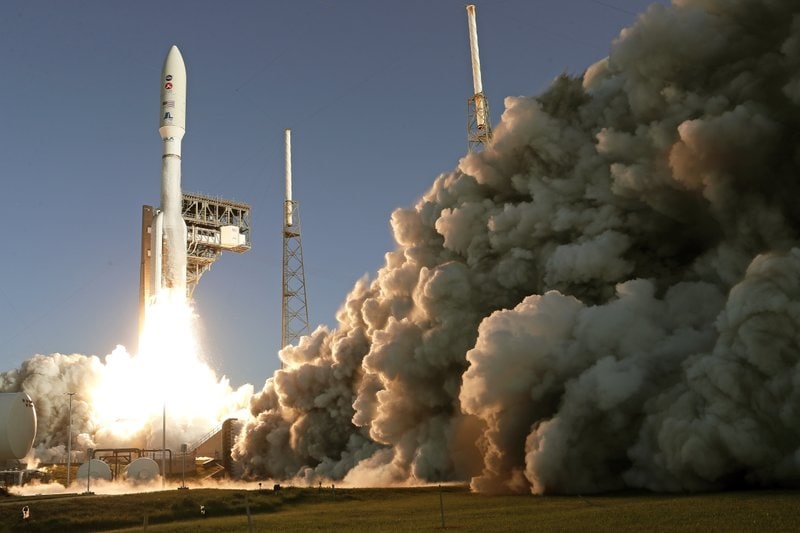 Thousands of new space jobs are coming, but can the infrastructure handle it?

Military, state and business officials talk about a time in the not too distant future — maybe five years out — when hundreds of rockets might be launching from Cape Canaveral every year.

Some of the largest satellite and rocket factories in the world would be located around the Space Coast, along with more aerospace factories and supply-chain businesses with thousands of new employees commuting from across Brevard County and much of the Orlando metro area.

Not in the sky, but on the ground?

And what of the worker support services — restaurants, stores, gas stations, etc. — that, for some of the industrial areas going up now, are on the other side of long drives, restricted fence lines and bridges?

For most of the past 60 years Florida’s Space Coast has cycled through economic boom and bust. Until now it was driven by NASA and the Air Force. And as the space agency’s public and contractual workforce rose and fell, the federal government and federal tax dollars largely took care of everything.

This time, the boom is being driven by the private sector. But there is growing concern that the transportation, utilities and commercial-services infrastructure may not be in place to meet the anticipated demand and thousands of new jobs for industrial areas that are surrounded by miles of open land, much of it off-limits for development.

Consequently, Florida’s Space Coast officials are excited and nervous at the same time.

“It’s a good challenge to have,” said Lynda Weatherman, President of the Economic Development Commission of Florida’s Space Coast. “We know the demand is there, now we have to develop the supply, whether it’s lunch, or finding housing.”

They’re all in addition to the traditional aerospace companies like Lockheed Martin, Boeing and their partnership United Launch Alliance, which will get even more active as NASA and the U.S. Space Force ramp up their new missions.

“The number of opportunities we have today is double what it was pre-COVID. And that is in large measure because the industry is growing, number one. Number two, companies have reexamined how they are operating during COVID. So they’re looking for improved facilities, or looking to (make) investments to lower costs and improve productivity. And Florida looms very, very well when they look at their next generation of facilities,” said Space Florida President Frank DiBello. “The third thing is the capital market. It has noticed what is happening in space, and there’s a lot of capital available for expansion and growth.”

Space Florida, the driving force for development of Florida’s aerospace industry, has been working with federal, state and local governments and organizations like the Space Coast Economic Development Council to start at least identifying the needs and opportunities. That has become particularly critical now, if Joe Biden‘s administration pushes through its $1.5 trillion national infrastructure package.

“It’s critical that we continue to not only build the larger concept of infrastructure, meaning all the logistics flow and the roads and the things that are necessary, the power generation, but also a live-work-play environment for the workforce. If we don’t grow our community to meet those needs, this is a battle we will lose in the long run,” DiBello said.

For the coming Legislative Session, Space Florida and its allied lawmakers are content with a continuing operating budget and perhaps some legislation, like House Bill 65 from Merritt Island Republican Rep. Tyler Sirois, which would seek to entice even more development by exempting space stuff from sales taxes.

Meanwhile, the region is looking at infrastructure.

Soon, the Florida Department of Transportation will be replacing the 67-year-old draw bridge that connects Kennedy Space Center and the NASA Causeway to State Road 405 and Titusville. Preliminary work for the $165 million project has begun, including traffic-shifting detours on the bridge.

To meet existing and anticipated industrial demand, a rail bridge across the Indian River needs to be upgraded. So does the Roy G. Bridges Bridge connecting Kennedy Space Center and Cape Canaveral Space Force Station across the Banana River and the Haulover Canal Bridge to the north on State Road 3.

There also are studies underway of transportation access from the south, from the city of Cape Canaveral and Merritt Island, across the canals of Port Canaveral on State Roads 3 and 401, and consideration for more access to the Space Florida Launch and Landing Facility from the north, perhaps off State Road 402.

There is at least one preliminary study underway of combining several area sewer systems to create a regional sewer authority.

Those are being woven with concerns for the Indian River Lagoon ecology. The bridge work, for example, is being planned to help alleviate runoff into the canals and rivers, Weatherman said.

“The movement of more launch activity is certainly going to put more demands on the infrastructure,” she said. “The reason we highlight and possibly address those issues at once is … this potential of infrastructure funds from the federal government that may be coming down. We need to start identifying right now the use of those funds, particularly for this national asset.”

“Let’s make this a number-one priority on behalf of the state,” she added. “We think it’s a unique opportunity to address this very unique issue.”

There also is the rocket launch infrastructure, which is limited now to three or four working launch pads, each dedicated to specific kinds of rockets and to specific rocket companies.

There are numerous old launch pads along the Cape, but none are usable now. The Space Force wants to redevelop some as multi-use pads, adaptable to different rockets from different companies. The engineering is challenging, but it has begun.

He’s not sure he or NASA will have the launch pads for them.

“We’re in jeopardy if we follow our normal processes and dedicate a single pad to a single launch provider … I’m going to be forced to tell multiple organizations, ‘Hey, sorry, we ran a source selection and all of you lost and you’re going to have to go launch somewhere else,’” Purdy said.

Then there is the human support, which, for now, is mostly limited to company cafeterias and services, or NASA’s and the Space Force’s restricted facilities. Beyond that, workers will have to drive many miles, across those bridges, to get to Titusville, Merritt Island or the city of Cape Canaveral.

“Right now there is a hell of a lot of people working out there and there aren’t that many places to eat,” said Dale Ketcham, Space Florida’s chief of strategic alliances.

“We’ve been involved in a study to evaluate what are the critical needs of the workforce, everything from child care to barber shops to restaurants, health care facilities, banks, all of that stuff, to better map out what is the demand, so that we can help have the data and make it easier for the commercial sector to come,” Ketcham said.

Weatherman said the EDC already is talking with some private businesses about opening up, even if it’s just about enticing food trucks for starters.

“That will be adjusted,” she said.

Weatherman said Brevard cities’ downtowns are booming, and the county and state are working on cleanup of the Indian River Lagoon.

“The importance of that is to attract, like everyone else is, our competition, trying to attract the young professional, the talent. You’re going to need quality of life in a community where these people want to come in, and as they say, live, work and play,” Weatherman said.