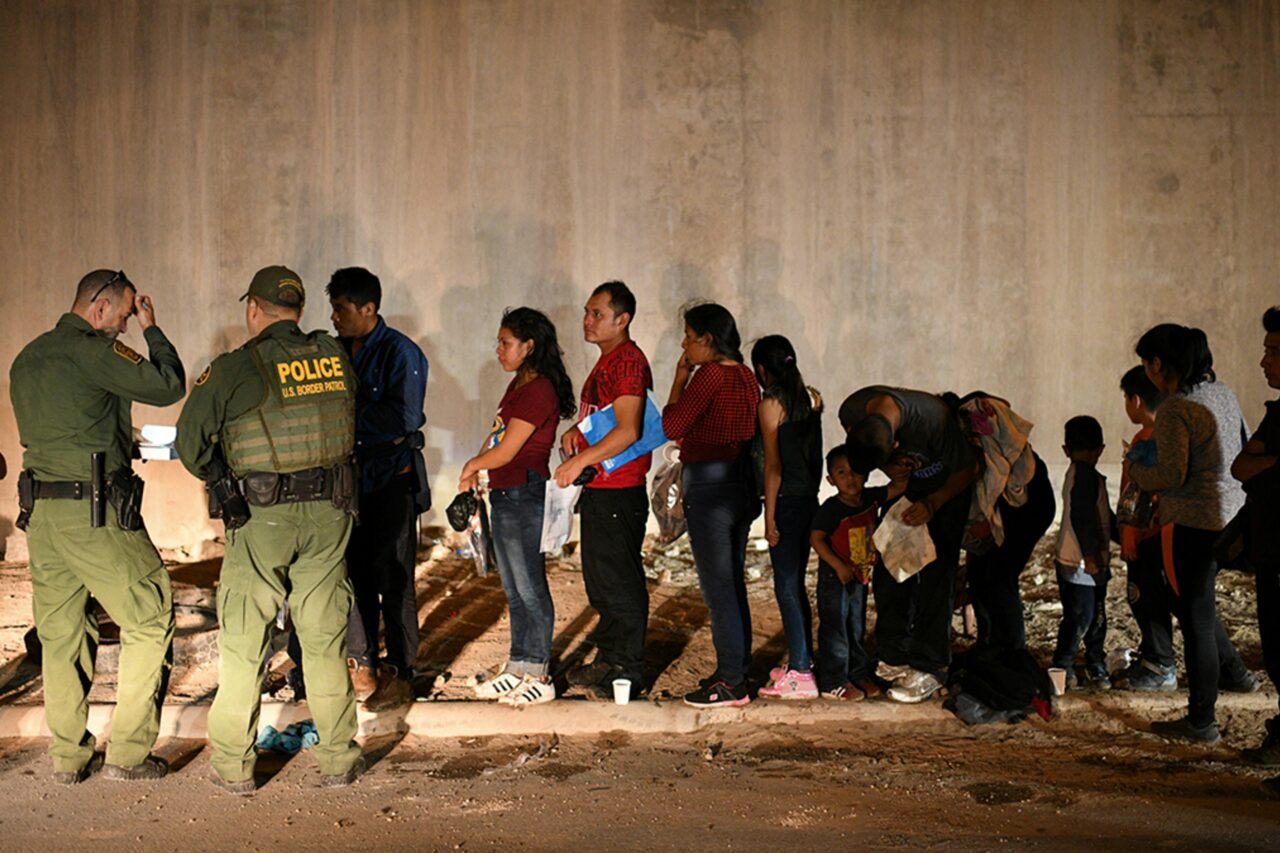 The bill is Florida saying enough to the Biden administration's 'unlawful pursuit of an open border policy.'

Legislation to further crack down on illegal immigration, a priority for Gov. Ron DeSantis as he faces re-election, is on to its final Senate committee.

The Senate Appropriations Committee voted 12-6, along party lines, Monday to approve a bill (SB 1808) expanding on a 2019 law that banned “sanctuary cities.” DeSantis announced the proposal in December after criticizing President Joe Biden’s immigration policies, including bringing flights to Jacksonville to relocate people who have entered the country illegally.

The measure, carried by Fernandina Beach Republican Sen. Aaron Bean, would prevent transportation companies from doing business in Florida if they participate in programs transporting to the state people who have entered the country illegally.

Jacksonville has taken center stage as DeSantis has ratcheted his immigration agenda in opposition to the Biden administration. DeSantis’ shift to Jacksonville took place after law enforcement accused Yery Medina-Ulloa, an immigrant living in the country illegally who is 24 but identified himself as 17, of murdering a Jacksonville resident who was hosting Medina-Ulloa.

Bean, whose district includes part of Duval County, said Florida is aware of 78 early morning flights that have taken place in what he previously called a “midnight program of human smuggling.” Those companies would be put “on notice” for going against state law and would have to choose between doing business with Florida and the federal government.

On Monday, he said the bill is an attempt to respond to the Biden administration’s “unlawful pursuit of an open border policy.”

“It says enough, that Florida is not going to allow companies to profit off of the smuggling of unauthorized aliens into the state of Florida,” Bean said.

In September, a federal judge struck down part of the 2019 sanctuary cities law, but Republicans hope the new bill will be another shot at the measure. Bean’s bill would take effect immediately with DeSantis’ signature.

Changes made to the measure on Monday would allow transportation companies to move certain immigrants who didn’t enter through traditional channels but are accepted under federal law. One example would be “Dreamers,” who derived their name from the failed federal DREAM Act. Others include asylum seekers with temporary protected status, or TPS.

The bill labels immigrants not accepted as part of the Immigration and Nationality Act as “unauthorized aliens.” That term isn’t in federal statutes, noted Jacksonville Democratic Sen. Audrey Gibson.

“This ‘unauthorized alien’ is a name created that creates division and belittles individuals who live and breathe just like we do,” Gibson said.

North Miami Beach Democratic Sen. Jason Pizzo pushed back against possible characterizations that immigrants arrive off the flights and are “scattering into the bushes from 2 to 4 a.m.” without law enforcement keeping track of them.

In responding to questions from Pizzo, Bean told committee members the United States is either a nation of laws or it isn’t.

“Nothing warms my heart than to see a legal immigration celebration of immigrants becoming citizens,” Bean said. “That’s what we want to return to.”

Sen. Kelli Stargel, the Lakeland Republican who chairs the Senate Appropriations Committee, acknowledged the process for legally immigrating to the United States is cumbersome and challenging. And while she said the nation has shown itself to be welcoming to immigrants throughout its history, she stressed the need for legal immigration.

“I think what you’re doing is a right thing to do to make sure we are a country of laws,” Stargel said. “We need to know who’s in our country. We need to know that they’re here legally. We will help you and support you, if you’re in a difficult situation, to get here.”

The committee considered the bill following more than two-and-a-half hours of discussion on a bill to ban abortions after 15 weeks, as noted by Adriana Rivera from the Florida Immigrant Coalition, who spoke before the committee.

“I’ve been here for a few hours listening to a lot of concern for hypothetical children, yet this bill is so cruel and dehumanizing to real children,” she said.

DeSantis earlier this month sought support for the immigration proposal from the South Florida Cuban American community. There, he lambasted comparisons between current immigration patterns and Operation Pedro Pan in the early 1960s, when unaccompanied Cuban minors arrived in the United States to flee the communist regime. Instead, he sought support from those who benefitted from Pedro Pan.

Bean, reading a letter signed by 42 immigrants who arrived during Pedro Pan and who supported his bill, said former unaccompanied minors are most familiar with the vulnerabilities of immigrant children.

“It is for this reason that we find that facilitating these dangerous trips that these children take in the hands of unscrupulous coyotes is unconscionable,” Bean said.

With DeSantis’ recent focus on illegal immigration, Agriculture Commissioner and Democratic gubernatorial candidate Nikki Fried issued a prepared statement Monday in which she called the bill a “hate-fueled publicity stunt” from the Governor. She highlighted recent protests she said targeted legally employed farmworkers in Florida, and rebuked DeSantis for not addressing anti-immigrant sentiments.

“It is disgusting that the Governor is pouring fuel on the fire of such hatred, that he is jeopardizing our agriculture industry and state economy, that he is risking the safety of children, and that he is attacking religious organizations that support families in need,” Fried said. “But apparently nothing is too sacred to be used as political pawns by the Governor — not even children or archbishops.”

Stuart Republican Rep. John Snyder has filed a similar version of the bill (HB 1355), which is slated for its final hearing on Wednesday in the House Judiciary Committee. The Senate version next heads to the Senate Rules Committee.

DeSantis’ proposed budget includes $8 million to transport undocumented immigrants out of state. However, neither the House nor Senate budgets currently consider that provision.