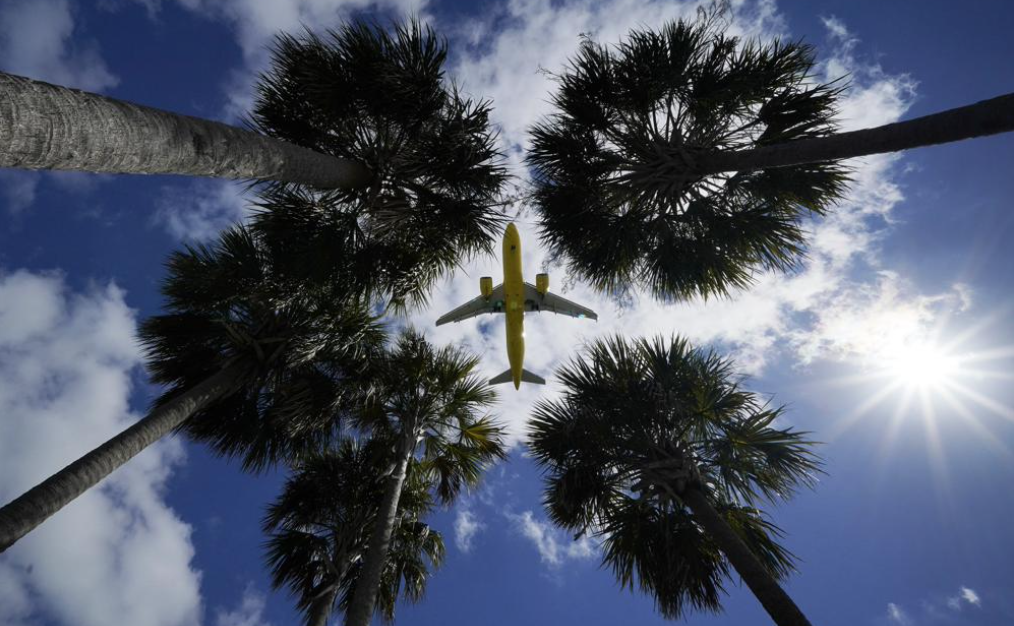 New Yorkers and Californians are flocking to the Sunshine State, with Florida reporting the largest year-to-year increase in net migration among all U.S. states, according to a new data report from moveBuddha.

In 2022, the surge is so far being led by Californians and New Yorkers — each state represented, respectively, 10% of inbound moves to Florida as of early 2022, or about 20% collectively. Following New York and California, individuals from Illinois (6.8%), New Jersey (5.9%) and Pennsylvania (5.4%) also make up a large percentage of new settlers, according to the report.

So, why are people moving to Florida?

While there is not one direct answer, the report provides several reasons why individuals may be choosing Florida over other states to settle down in.

As far as expenses, California, New York and Illinois are all in the top 10 for state income tax, while Florida boasts no state income tax at all, as well as lower property taxes. Next week, state legislators are set to meet for a Special Session on property insurance in hopes of clearing policy to stabilize Florida’s skyrocketing property insurance market, another effort to decrease costs for residents.

It’s also no surprise the Sunshine State has become a hub for retirees to spend their golden years — Florida has the second-largest percentage of 65+ residents out of all the states, second only to Maine. And, families of Florida seniors also can benefit from their residency after Gov. Ron DeSantis signed into law a policy that waives out-of-state tuition at some universities for grandchildren of Floridians.

Florida also is booming in the tech industry, attracting more tech companies than any other state in 2021 — 2,715 new businesses totaling 10,522 jobs.

And then of course, there’s the pandemic.

The COVID-19 pandemic led to an influx in remote working conditions, leading some to move based on destination rather than work location.

On the more political side, some newcomers to the state may find appeal in the lack of COVID-19 restrictions. DeSantis has been a vocal critic of strict mitigation measures, staunchly opposing mask and vaccine mandates throughout the COVID-19 pandemic. COVID-19 struck Florida in March 2020 as lawmakers were wrapping the final weeks of that year’s Legislative Session.

However, his response to the pandemic has been criticized by others, who saw the Governor’s position as too lax during the pandemic’s peak. More than 74,000 individuals have died from COVID-19 in Florida.

Outside of money and politics, there is of course the reason the peninsula earned its nickname “The Sunshine State” — the coastal climate of Florida, while hot in the summer, cannot be beat. The tropical weather, year-round sunshine and mild winters make the state a haven for those used to harsh snows up North. It’s also the reason many Floridians taunt: “We live where you vacation.”

The influx of out-of-state newcomers is prompting some major shifts.

Perhaps one of the most noticeable impacts the growth has caused on Floridians is the rising cost of rent. The top five Florida cities with the highest percent-increase in Zillow Home Value Index (ZHVI) from 2020-22 also show large population growth in the past decade. The top five cities each have ZHVI increases above 50% over the past two years.

Rent increases have only garnered more momentum over the last year. An analysis by Florida real estate academics cited in an NBC report found in Florida’s four top metro-markets — Tampa Bay, Fort Myers, Miami and Orlando — rents have risen by 24% to 32% in a year. Usually, rents swing by about 1% or 2% per year.

The increases are hitting South Florida especially hard. When averaged among the state’s largest metros, housing values have increased ~70% from 2010 to 2020, followed by a rise of another 39% in the last two years alone, according to moveBuddha.

Where are people moving?

In the last decade, nearly 3 million new people moved to the state of Florida.

Tampa was also among the top three metro areas that saw the most new residents from 2010 to 2020, along with Orlando and Miami.

So, while it doesn’t look like the mass migration to Florida is slowing down anytime soon, the affordability of the state — a critical part of its appeal — is teetering. Affordable housing and property insurance are measures legislators will have to address in the coming years, as the state continues to turn visitors into residents each day.

nextJoe Henderson: Lightning and Panthers ready to show what Florida hockey is about