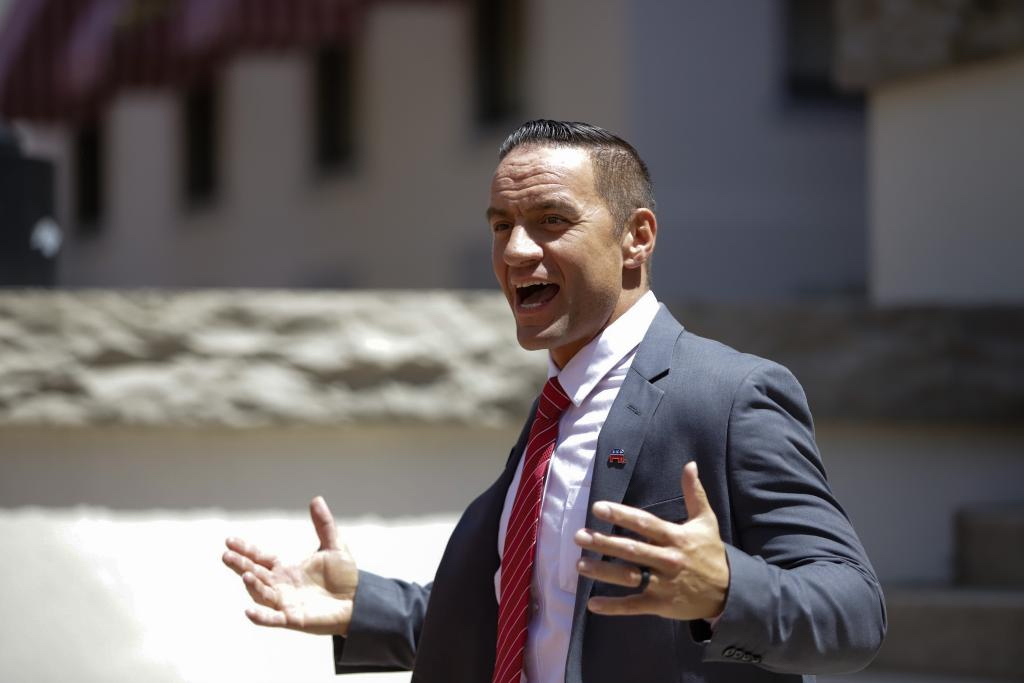 Wuertz is plugging into a relatively new-rising conservative view on Florida solar energy: that it’s a free enterprise being thwarted by big business utilities that muscle the government to help protect their market interests from disruptive technologies.

At issue in the HD 38 Republican Primary — and potentially others around Florida in August — is the “yes” vote cast by Smith and many other Republican lawmakers on HB 741. That “net metering” bill would have eliminated consumer energy rebates for home solar energy production. Smith and other proponents of the bill contended the program’s subsidies had done little to develop solar in Florida, and were no longer the best way to promote solar energy.

With strong Republican legislative backing, and a small handful of Democrats, HB 741 flew relatively unscathed through the regular Legislature Session. But then it was vetoed by Gov. Ron DeSantis in April.

For that veto, DeSantis was accused by some of siding with liberals, as the vast majority of Democrats opposed the bill. Yet he also was siding with some of the most conservative voices in the Legislature, among the few Republicans who voted “no” on HB 741.

The far-right wing of the Republican Party appears to be adopting opposition to HB 741 as a wedge issue to be used against Republican incumbents they want to label as moderate.

“People have the ability to save so much money by going solar on homes. And on top of that, the solar industry employs a lot of Floridians and a lot of conservatives as well,” Wuertz said. “There’s a great living to be made in solar and it’s a great honest living. And I’ll always fight to make sure we protect our right to solar energy.”

In recent years, Seminole County has been politically moderate by most standards. The new HD 38, which spans much of southern Seminole, appears to be a solid cross-section of the county. Now HD 38 is emerging as a battleground to watch between the far-right wing of the Republican Party and the moderates, on home solar energy incentives.

Wuertz identifies himself as part of a hard-right “grassroots patriots coalition” that he said “is rising to run against incumbents this year.”

He supports those who believe the 2020 Presidential Election was stolen. And he contends the Proud Boys organization, which has been shown to be leaders of the Jan. 6, 2021, attack on the U.S. Capitol, “get a bad rep.”

There also is a third candidate in the Republican Primary: Patrick Weingart of Altamonte Springs.

Redistricting has set HD 38 to cover south-central Seminole from Altamonte Springs through Casselberry to Winter Springs, where both Smith and Wuertz live.

It’s now a district that appears to lean moderately Democratic, based on the past couple of General Elections.

The Democrats are running a field of mostly moderate candidates, who all are likely to also campaign in opposition of HB 741: Mark Caruso, Dominique B. Douglas, Sarah Henry and Ed Measom.

“I know the advantages of going solar,” Wuertz said. “It was very frustrating to see that so many of my Republican colleagues voted against solar energy in that bill, and I think the Governor heard the feedback, and he realizes that this is not a liberal issue. This definitely reaches across party aisles.”

Smith responded that he, too, is pro-solar energy. He also defended his status as “pro-life” on abortion issues, and as a life member of the National Rifle Association and a strong advocate for gun rights, except for open carry, Wuertz’s distinctive position.

Smith countered that rooftop solar subsidies simply haven’t worked, and the fiscally prudent thing to do is to accept that.

“Current rooftop solar customers account for 1%, after 14 years of subsidies,” he said in defense of his HB 741 vote. “Technology changes and solar farms offer better financial options to actually expand solar energy generation. Solar farms are one-quarter of the cost of rooftop.”

nextSunburn — The morning read of what’s hot in Florida politics — 6.22.22