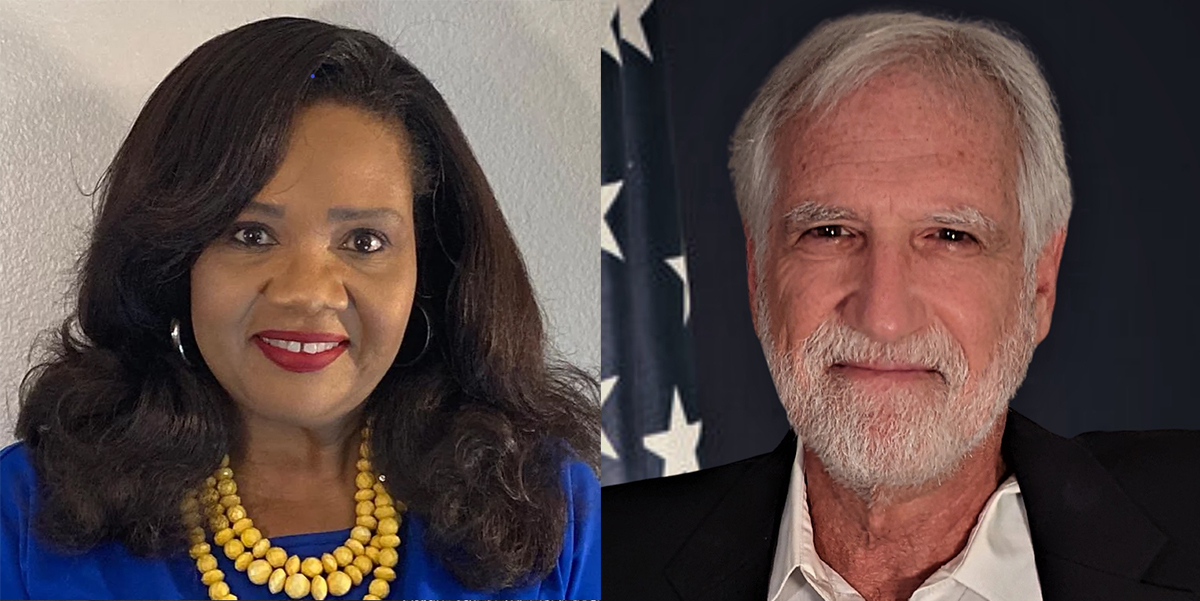 Green, aware of the charges since at least June, has not responded.

In a detailed news release issued by his campaign, Krulick charged Green has falsely claimed academic degrees from a university in England, Cornell University in New York and two colleges in Jamaica, her native country.

Green, of Apopka, is a Vice Chair of the Florida Democratic Party, a political consultant, and a nonprofit organization executive. She entered the CD 7 contest in April.

She refers to herself as “The Rev. Dr. Karen Green” in various forums, including some of her congressional campaign materials.

Krulick charged that the degrees behind those titles do not exist, except for an honorary doctorate she received from an online company that provides honorary doctorates for life experience, without any academic work requirements.

“We think, based on what she talks about herself, and what she prints about herself, what she claims is simply made up. She simply does not have any of these degrees she claims,” Krulick said. “And the honorary doctorate is bogus. It’s a piece of paper.”

On Wednesday, neither Green nor her political consultant responded to Florida Politics’ inquiries about Krulick’s charges.

Green and her political consultant, Matt Anderson of Greenlight Media Strategies of Nashville, were advised of the allegations by Florida Politics when they began circulating in June. Green did not respond to a June 24 text detailing concerns about the status of Green’s claimed degrees, or the academic and religious titles she places before her name.

The party has run into this before. Three years ago, a Democratic state House candidate in Seminole County named Elizabeth McCarthy was found to have falsified her credentials, including a claimed doctorate. Eventually, McCarthy dropped out and confessed to lying about her credentials.

With redistricting, CD 7 now covers Seminole County and part of southern Volusia County. It leans Republican. The seat is open because three-term Democratic Rep. Stephanie Murphy decided to not seek another term.

In addition to Krulick and Green, the CD 7 Democratic Primary Election field includes Tatiana Fernandez and Allek Pastrana. Neither has generated much of a campaign yet. Meanwhile, Republicans hoping to flip the district have raised millions of dollars in campaign money.

“We’re disseminating this information more in sorrow than in anger,” Krulick stated in the news release. “But the voters of the district deserve to know the truth about who they are voting for. All of us in this race signed a candidate pledge provided by the Seminole County Democrat Party to, ‘present their credentials and history accurately.'”

The information was not readily accessible on her LinkedIn page this week.

Krulick’s campaign also released a copy of a job application the campaign says Green filed with Miami-Dade Public Schools in 2001, obtained through a public records request. That application does not list any of those degrees. It does state that she attended the two colleges in Jamaica, but cites only associate’s degrees.

Krulick’s campaign cited a story by Maryland journalists that reported the International University of Canada is “an online diploma mill,” founded in Houston, with a mailing address in New York, no known physical offices and no accreditation by any widely recognized accreditation agency. For a fee, the outfit offers honorary doctorates based on people’s life experience.

Krulick said Cornell advised him it does not offer the degree claimed by Green.

A Cornell official told Florida Politics a search turned up no records of her at the university, under either the name Karen Green, with her birth date, or under a former name, Karen Edwards.

The University of Greenwich declined Florida Politics’ request to confirm or refute any degrees from that institution. A university official said that under United Kingdom law, the school could only release information about degrees with written permission provided from the student in question.

The colleges in Jamaica did not respond to several inquiries from Florida Politics about Green in June.

Florida Politics advised Green in early June, before candidate qualifying week, that it was looking into questions about her credentials. She dismissed the inquiry as nothing new to her and said she would cooperate.

In a June 24 message texted to Green and emailed to Anderson, Florida Politics detailed unsuccessful efforts to confirm her credentials, asked for any evidence they could provide to support them, and asked for written permission allowing Greenwich University to independently release information about her.

The campaign did not respond.

Krulick said he tried to reach out to Green through the party so she might deal with his concerns privately, but got no response.

He said he wants to win the election on his own merits. He said he took his challenge of her credentials public only reluctantly, as a last resort.

“Karen can deny it. She can admit it. She can refute it. She can ignore it,” he said. “I think it’s necessary that the voters know this and make up their own minds.”

nextSunburn — The morning read of what’s hot in Florida politics — 7.21.22